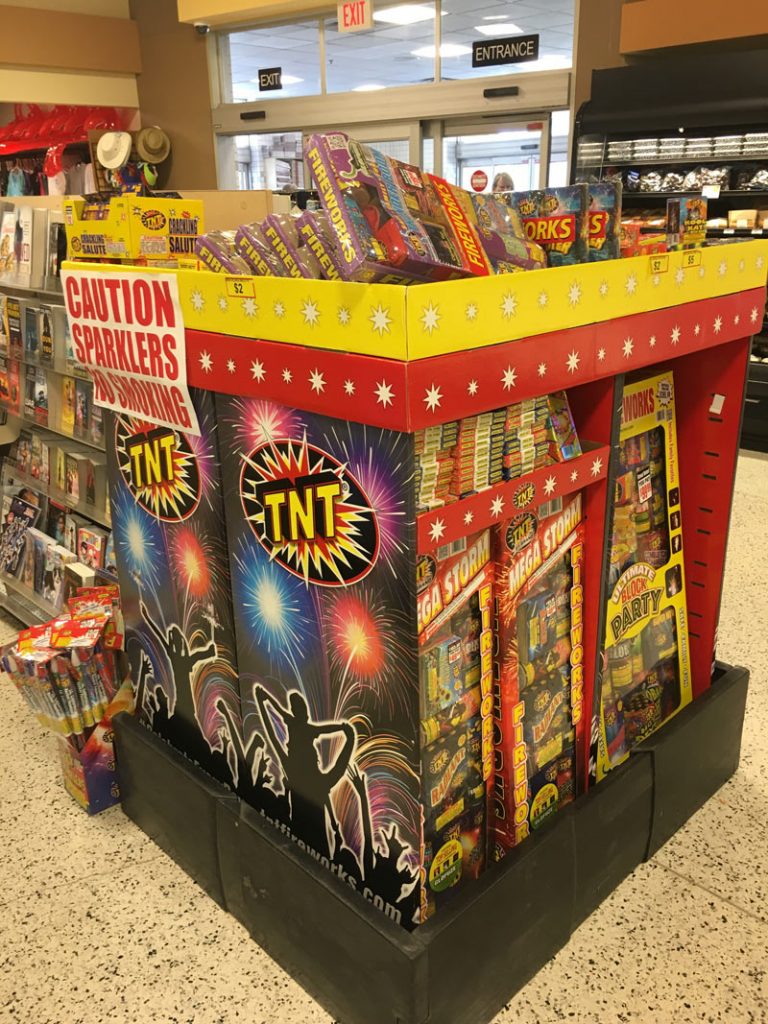 The booms, whizzes and colors fly.

In the state, most fireworks — except some sparklers, glow worms and small smoke bombs — are illegal without a permit.

Despite their illegality, people buy, store and take fireworks to backyards, streets and beaches for the Fourth of July and other holidays.

While West Manatee Fire Rescue employs inspectors to ensure the safety of homes and businesses, it has little to say about the danger from celebrants firing off firecrackers.

State fire marshal approves sparklers
Sparks fly for legal fireworks.
The state fire marshal, part of the Florida Department of Financial Services, maintains a list of legal sparklers.
The 73-page list itemizes legal sparklers by brand and description that were tested and found to meet the legal requirements. The state-approved list is good until Jan. 31, 2020.
“All assortment packages or containers must contain approved sparklers from this list,” according to a state news release.
The list can be found online at myfloridacfo.com by searching for 2019-20 approved sparklers.

But a change may come, if not for this July 4 holiday, possibly next, if an idea West Manatee Fire Rescue inspector Rodney Kwiatkowski takes hold.

Kwiatkowski recommended to Chief Tom Sousa that the district adopt a Manatee County ordinance that incorporates the state law to give WMFR more teeth to increase public safety.

Under state law, the use of illegal fireworks is punishable as a first-degree misdemeanor, which means a conviction could lead to one year in jail, $1,000 fine and court costs.

Manatee County enacted an ordinance that adds “fire chiefs or their designees” as possible enforcers.

Leading up to Kwiatkowski’s recommendation, one such inspection occurred July 12 after multiple anonymous reports went to WMFR about fireworks stored in Cortez.

Kwiatkowski responded, consulted with the state fire marshal’s office and requested the assistance of Manatee County Sheriff’s Office deputies, who recommended the removal of the unsafely stored fireworks stacked in a garage to a safe location.

He said the only Fourth of July fireworks display permitted in WMFR’s district — covering Anna Maria Island, parts of West Bradenton and Cortez — will be at the Sandbar Restaurant in Anna Maria, by Creative Pyrotechnics of Orlando.

For the last two years, an unpermitted display was shot from a barge in the water near Cortez and some area residents believe a similar fireworks show will occur July 4.

With respect to unpermitted displays, fire officials can do little more than report them to law enforcement.

Kwiatkowski chalks up the unlicensed displays to a legal loophole. The loophole gives retailers the right to sell fireworks to people who sign a form saying they will use them for permitted purposes, including agricultural uses.

“We need to close the loophole,” said Kwiatkowski.

The display permit is “a long process,” he added, including a review of the applicants and their professional certifications, as well as a federal Bureau of Alcohol, Tobacco, Firearms and Explosives check.

It’s because fireworks are dangerous and can cause serious injuries.

Sousa said while he supported Kwaitkowski’s recommendation, it hasn’t been reviewed by the district attorney.

Administrative Battalion Chief Ben Rigney, who will become chief in October, supports increasing public safety, but he had not heard of Kwiatkowski’s recommendations. He said he planned to follow up.

WMFR commissioners would need to approve an ordinance.

“Hopefully that change will be made by next year,” Kwiatkowski said.