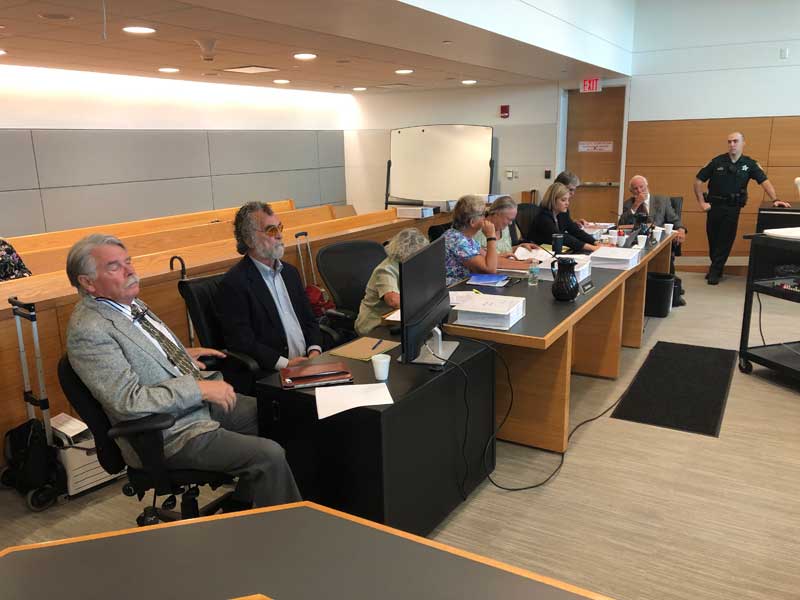 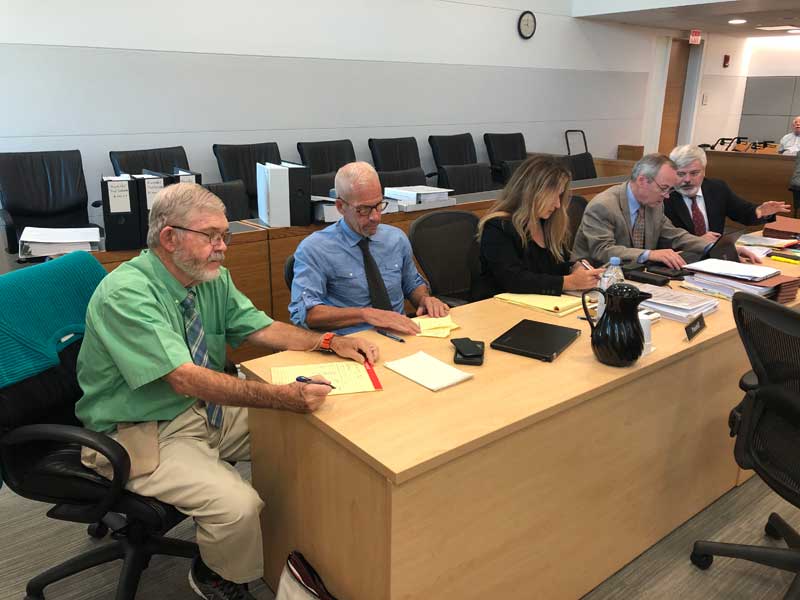 Bradenton Beach was rejected on its request for more “sunshine.”

The trial began the morning of July 15.

An emergency hearing and deposition took place July 11, days before the nonjury trial began for Bradenton Beach and ex-Mayor Jack Clarke versus six former board members who they allege violated Florida’s Government-in-the-Sunshine Law.

A judge denied the city’s motion to file a second amended complaint and continue the trial date, made by Robert Watrous, attorney for the city and Clarke, in an emergency pretrial hearing.

The lawsuit, filed in August 2017 by Clarke and joined by the city, alleges Sunshine Law violations by former P&Z board members Metz, Reed Mapes, Patty Shay, and Bill Vincent, and Scenic Waves Partnership Committee members Tjet Martin and Rose Vincent, all of whom were members of the now-defunct grass-roots group Concerned Neighbors of Bradenton Beach.

Clarke and the city allege the six defendants violated Sunshine Law by discussing city matters at CNOBB meetings and through emails, texts and phone calls.

Clarke was absolved by the city of paying any legal fees for the case.

As of July 12, the defendants and 10 witnesses had been deposed in the civil suit.

A motion to amend the initial complaint to include further evidence obtained July 3 by the city and for a 45-day continuance before beginning the trial was denied by 12th Judicial Circuit Judge Edward Nicholas.

During the July 11 hearing for the plaintiffs’ motion, Watrous argued that he and paralegal Michael Barfield had heard and read references to a July 14, 2017, CNOBB steering committee meeting during discovery, but had not been provided with a recording of the meeting.

Watrous said attorney Jim Dye, who was representing Mapes, Martin, Shay and the Vincents before they went pro se earlier this year, said July 11 he’d mailed Watrous and Metz’s attorney Thomas Shults CDs Dec. 22, 2018, with recordings of the July 14, 2017, meeting. Watrous claimed July 11 he did not receive the recording until July 3 — the day after Metz’s deposition — when Shults provided it as part of the exhibits for trial.

According to Watrous, upon listening to the July 14, 2017, meeting, he heard Mapes discussing a pending matter before the P&Z Board regarding the Bridge Tender Inn and Dockside Bar in Bradenton Beach.

Shults argued against the motions.

Shults said Watrous was sent the materials from Dye at the same time he received the CD. So Watrous also should have received the recording.

Additionally, he said Watrous likely would have continued to contact him to obtain the recording had he not received it.

Watrous argued that if he’d had the recording, he would not have had to twice ask for it from Shults, who Watrous said replied, “None,” in an email, both times he inquired.

“If I’d had this tape, it would’ve been a huge, additional lynchpin of my case,” Watrous said. “On my proposed amended complaint, in bold letters, I would’ve been saying, ‘Based upon the July 14 meeting, Mr. Mapes violated the Sunshine Law and made reference to the Bridge Tender Inn, when that had been at the prior P&Z hearing.’ I would’ve had a smoking gun.”

Nicholas denied the motion for a continuance and the motion to amend, but allowed the plaintiffs to again depose Metz the next day.

He said the scope of the deposition must be “limited to the tape and the meeting surrounding July 14, 2017.”

At the onset, there was a dispute about the scope of Perry’s questions for Metz, which resulted in a stalemate — the judge could not be reached for clarification — and a limited deposition.

Perry asked Metz, who did not attend the July 14, 2017, meeting, but had recently listened to the recording, if he heard Mapes refer to a land swap that occurred in 2001 between the city and the Bridge Tender Inn.

Metz said that he did recall Mapes mentioned the land swap and a “P&Z thing.”

During the deposition, Barfield played portions of recordings from the CNOBB meeting, in which Mapes could be heard discussing the land swap, but the discussion was terminated.

At the time of the CNOBB meeting, the P&Z had continued a June 21, 2017, public hearing for expansion of the Bridge Tender Inn.

The quasi-judicial hearing was continued until the applicant could provide more information about the proposed development.

In such hearings, the board sits as the judge, and can only hear evidence presented as part of the hearing, either testimony or as exhibits.

On July 21, Metz filed a records request with the city for information about the restaurant, including the land swap.