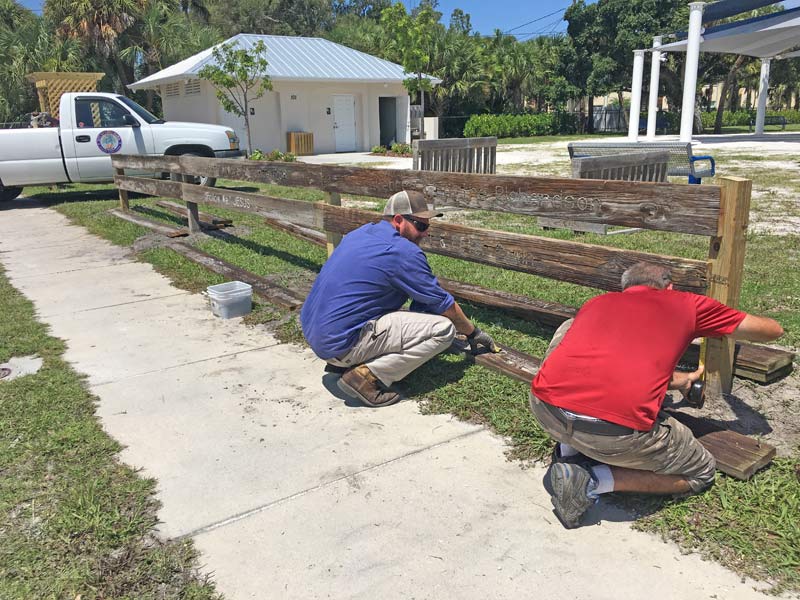 Workers are charging up the new Anna Maria City Pier.

And a bit of rain isn’t holding up progress on the pier.

Miller Electric, a subcontractor, began installing electrical wiring along the pier walkway July 17, after waiting out rainy days the week of July 8.

Anna Maria Mayor Dan Murphy wrote in a July 17 email to The Islander that the wiring work should take about two weeks.

Also, despite the rain delay, Murphy said i+iconSOUTHEAST remained on track to complete the pier walkway and T-end by September. He noted that the contractor had not requested a change order to extend its deadline since the approval of a change order in March.

Installing the electrical wiring is the final step in completing the understructure of the pier.

Next, i+iconSOUTHEAST will install ipe decking for the walkway and top the concrete T-end.

Murphy said he feels good about progress, but is “anxious” for i+iconSOUTHEAST to complete the project.

The mayor said he received several compliments about the pace of progress.

“One said, ‘It’s like seeing an old friend again after a long time,’” Murphy wrote.

“Another said, ‘I feel better just knowing it’s there.’”

The new pier — estimated to cost $5.9 million for demolition and construction — replaces the historic Anna Maria City Pier, which was built in 1911 and underwent numerous remodels before it was destroyed by Hurricane Irma in September 2017.