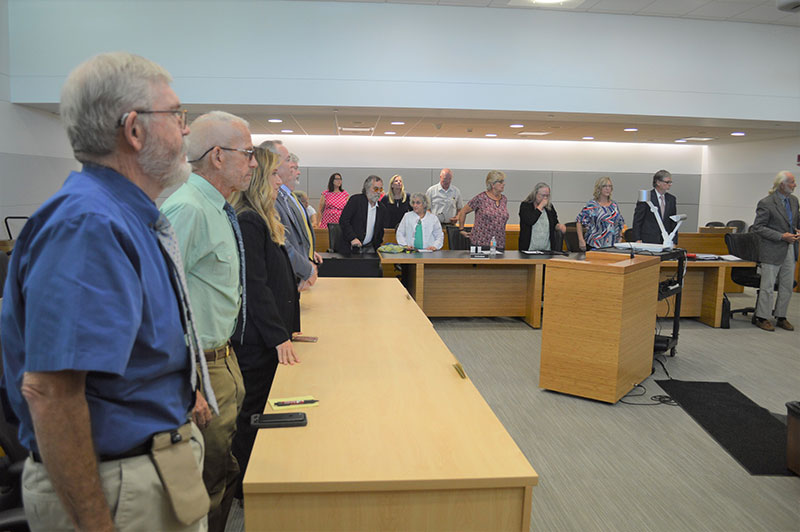 The trial is over, the verdict is in. But there’s one more hearing to come.

The next phase in the case of Bradenton Beach and Clarke versus the six citizens will focus on costs and fees.

Now it’s about the money.

A hearing for post-trial motions, including any requests for fees and costs, is set for 3 p.m. Friday, Oct. 4, at the Manatee County Judicial Center, 1051 Manatee Ave. W., Bradenton.

The ex-board members filed requests July 29 for documents detailing the city’s legal fees for the lawsuit, which, as of Aug. 6, totaled $326,306.08, not including outstanding invoices for the week of the trial.

The city and Clarke filed a similar request July 30, and also a motion for an award of attorneys’ fees and tax costs.

Clarke was absolved by the city from any costs or fees related to the lawsuit.

In July, the ex-board members said their combined costs for the lawsuit nearly matched the expenses of the city.

The suit, begun by Clarke and the joined by the city in August 2017, alleged Sunshine Law violations by former P&Z board members Reed Mapes, John Metz, Patty Shay and Bill Vincent, and former Scenic Waves Partnership Committee members Tjet Martin and Rose Vincent, all of whom were members of the now-defunct grass-roots group Concerned Neighbors of Bradenton Beach. Mapes has since moved to Bradenton.

Clarke and the city, represented by attorney Robert Watrous and paralegal Michael Barfield, alleged the board members violated the Sunshine Law by discussing city matters at CNOBB meetings and through emails, texts and phone calls.

At the conclusion of a trial, Nicholas ruled in favor of the city and Clarke, finding the six former board members violated the Sunshine Law.

The judge said there would be another hearing to determine sanctions, including costs and fees.

Barfield said Aug. 6 that the parties are in the process of selecting witnesses to testify to entitlements.

The expert witnesses will be attorneys — one for each side — who will have tasked with evaluating the invoices and determining a reasonable division of costs and fees, which the judge will take into account, according to Barfield.