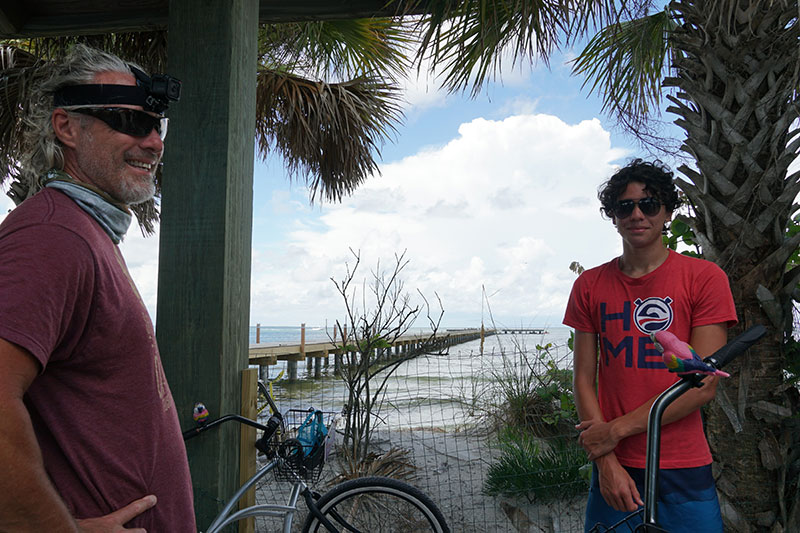 August and September hold promise for progress on the Anna Maria City Pier.

Anna Maria Mayor Dan Murphy updated county tourism officials Aug. 1 on the status of the pier construction, as well as the planned construction of a restaurant and bait shop at the T-end.

The project — from the commission’s decision to replace and not repair the pier to letting contracts for the walkway and understructure as well as the restaurant and bait shop — has been ongoing for two years, since Hurricane Irma damaged the pier and its amenities in September 2017.

Falcione said the county reimburses Anna Maria after the city facilitates and pays contractors, and he expects county commissioners will vote for the increase in funding Aug. 20 because “he meets one-on-one with them” prior to his budget recommendations.

In an email to Monica Luff, assistant to Falcione, Murphy reported the status of the pier.

According to the mayor, there is an open issue about a fire suppression line.

“We will follow the code. But, as far as its location, material and size, the engineers are wrestling with that,” Murphy told The Islander Aug. 8, adding there should be a resolution in the next couple of months.

In July, Anna Maria commissioners approved a $967,000 contract with Mason Martin of Holmes Beach to construct the restaurant and bait shop. The contract has a Feb. 10, 2020, completion date.

Still undecided is who will be responsible for some of the improvements.

Mario Schoenfelder holds the lease for the restaurant until December 2020, and rent payments have been abated since Hurricane Irma caused much of the pier damage in September 2017.

In November 2018, the city engaged i+conSOUTHEAST with a $3.3 million contract for pier understructure and walkway improvements. The contract completion date, adjusted by change orders, is now Sept. 16, according to Murphy.

The total cost of the pier — demolition, construction and improvements — is budgeted at $5.9 million.

In addition to the county tourist development dollars, the city expects reimbursement from the Federal Emergency Management Agency and the state.

The new pier replaces the historic pier built in 1911, which underwent numerous remodels before it was declared destroyed in 2017.