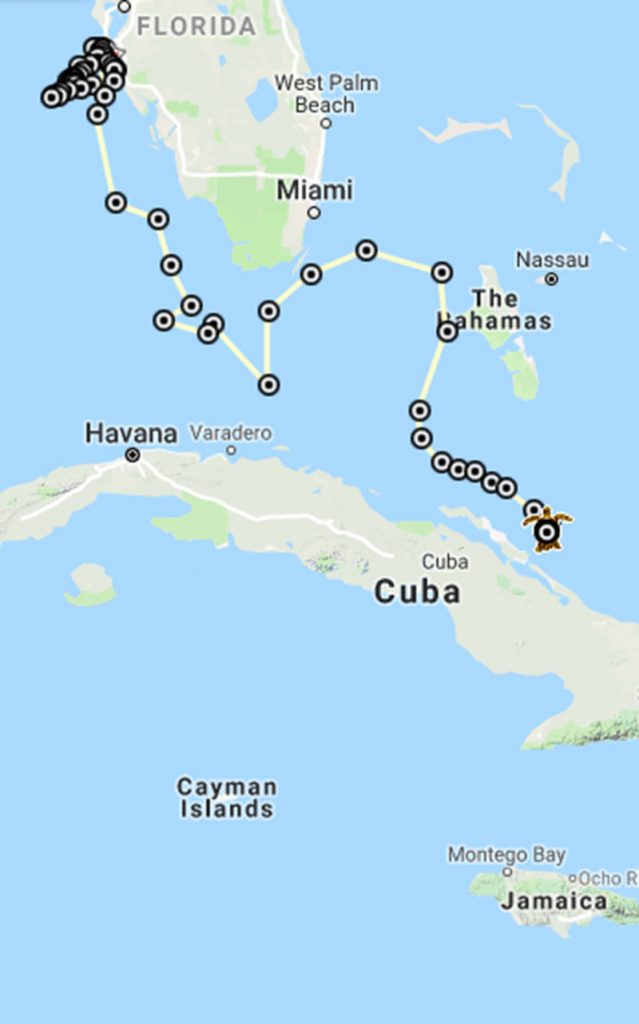 A Sept. 5 screenshot from conserveturtles.org shows the track taken south through the Gulf of Mexico by loggerhead Bortie Too.

A sea turtle that nested on Anna Maria Island continues to be tracked on its migration.

Named Bortie Too for sponsor Bortell’s Lounge, the loggerhead was tagged and released by Anna Maria Island Turtle Watch and Shorebird Monitoring and the Sea Turtle Conservancy after nesting June 21 on Cortez Beach in Bradenton Beach, as part of the STC’s 12th annual Tour de Turtles.

Since then, the loggerhead has nested a second time on the beach in Holmes Beach and has traveled 674 miles to the seagrass beds between the Bahamas and Cuba to feed and gain strength.

AMITW’s sea turtle was in third place in the Tour de Turtles as of Sept. 5.

The tagged turtles are competing in a “marathon” that started Aug. 1 and ends Nov. 1 — a contest to see which turtle swims the farthest during a three-month survey.