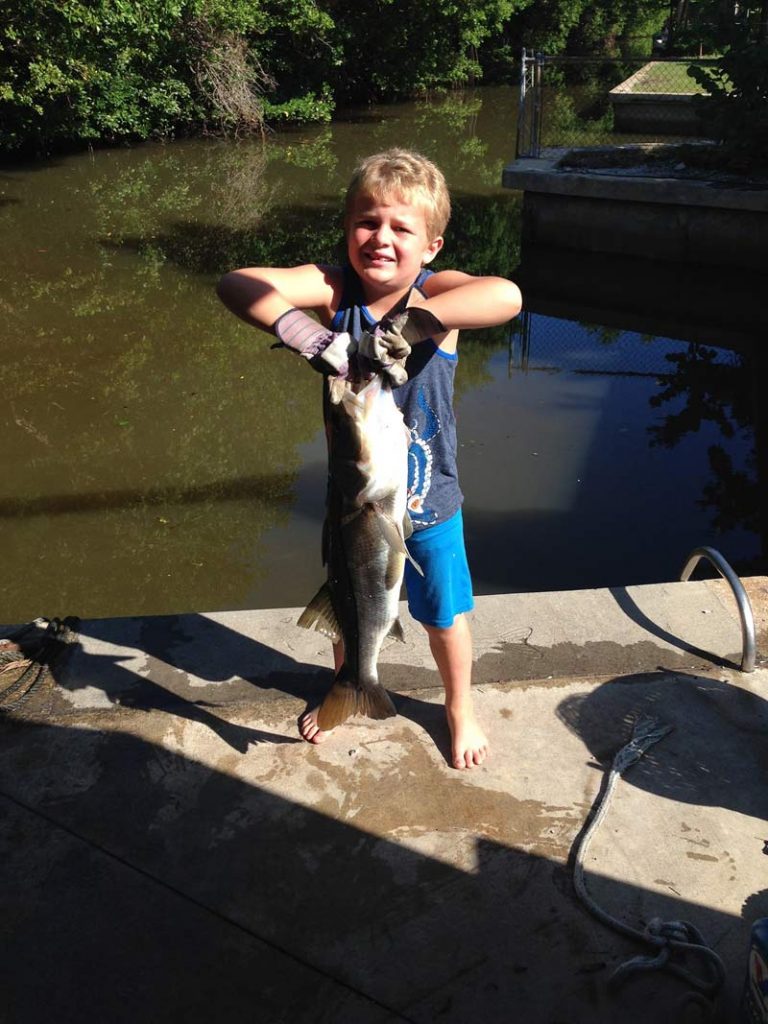 Jason B. 7, shows off his catch Oct. 23 on grandpa Jeff Ellis' dock in Sunny Shores in Cortez. The fish was hooked in the canal behind Ellis’ home. 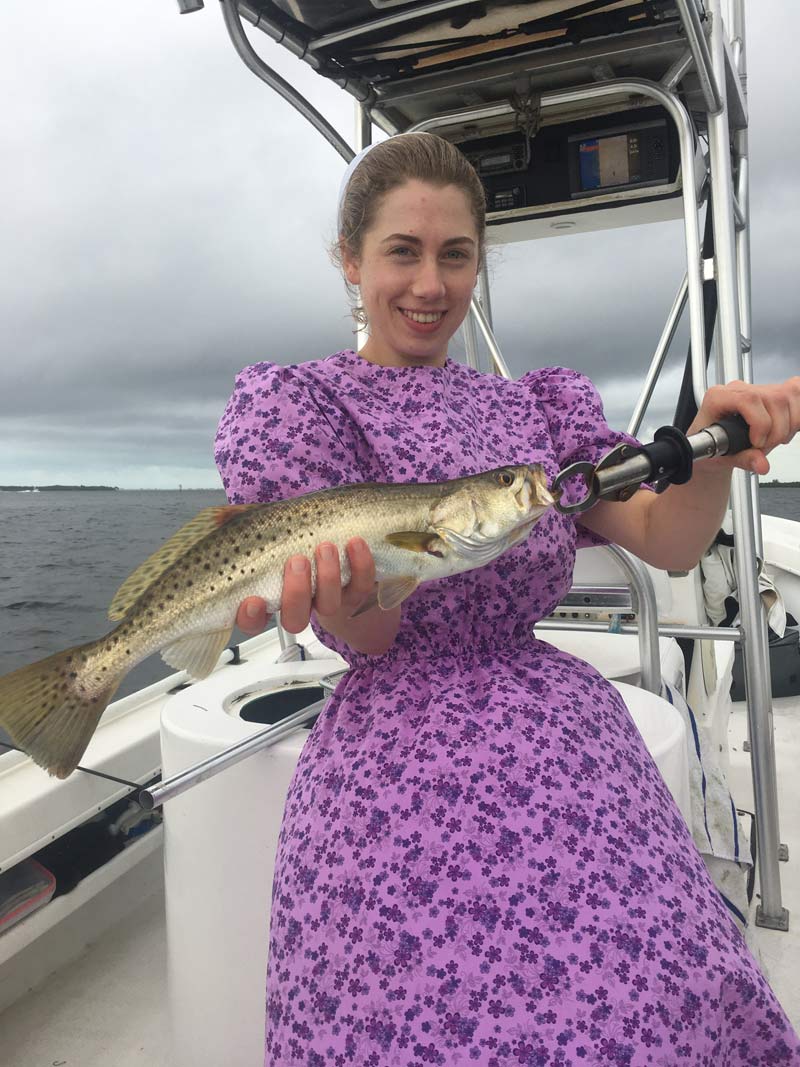 Prior to Tropical Storm Nestor forming and making landfall in the northern Gulf of Mexico, fishing around Anna Maria Island was as good as it gets.

Tropical Storm Olga, which spawned and charged ashore farther off in the Gulf, also was expected to produce weather for AMI.

With numerous days of no rain and no wind, the inshore and offshore waters were pristine. But storms put a damper on the water quality, as well as the quantity of fish.

Fishing structure in Tampa Bay was yielding limits of mangrove snapper, as well as many Spanish mackerel and some gag grouper.

Offshore fishing was following suit, with limits of red grouper being caught, as well as many mangrove and yellowtail snapper.

Migratory species making a good showing —kingfish, cobia and amberjack — were among the usual suspects.

Then conditions changed, which changed the bite.

Not that the bite has been bad. It just changes with the weather patterns.

Strong winds and heavy rains can stir up the waters, making them cloudy and muddy. Such conditions can be less than favorable for fishing, although it improves in the days after the storm clears the Gulf.

A few calm days between the brief cold fronts we are experiencing will have things back to normal quicker than you think. Don’t forget: November can offer some of the area’s best fall fishing.

On my Southernaire charters, I’m taking advantage of the abundance of spotted seatrout on the deeper grass flats in Tampa Bay. Although catch-and-release, these fish are popular to hook and provide a consistent bite.

Catch-and-release snook fishing also is quite good. Schooley-sizes of fish — 20-26 inches — are in good numbers and are feeding heavily in preparation for the cooler days to come.

For folks looking to take home a meal, I’m targeting Spanish mackerel and mangrove snapper around structure in Tampa Bay. I’m also seeing some jack crevalle and ladyfish mixed in with the mackerel bite, adding variety to the catch.

Capt. Aaron Lowman is putting clients on catch-and-release snook around the mangrove shorelines of southern Tampa Bay, where he says fishing during swift moving tides is key to finding a good bite.

Lowman is doing a fair amount of chumming with live shiners to stimulate the fish. Some catch-and-release redfish also are being found around the mangroves. Best chances at a hookup with these fish comes from casting baits around schools of mullet.

Fishing deeper grass flats away from the shore are producing good action on catch-and-release spotted seatrout. Clean, moving water is key to produce rallies of these trout.

Capt. David White of Anna Maria Charters is back on the boat after a vacation and he’s working offshore on a new rig for a variety of species. Bottom fishing is yielding some big red grouper, as well as numerous yellowtail and mangrove snapper. Limits of grouper and yellowtail are being caught. Fishing live baits — shiners or pinfish — is attracting attention — especially from amberjack and African pompano.

Moving inshore, targeting catch-and-release snook and redfish is proving to supply steady action for White’s charters. These fish are being found along mangrove shorelines and along the beaches. Inshore charters looking for a take-home meal are having good luck on macks and mangrove snapper.

Capt. Jason Stock is putting clients on the variety of migratory species while working offshore. Kingfish and cobia are becoming more apparent and, with the strong east winds come an abundance of Spanish mackerel offshore.

In Tampa Bay, Stock is finding a good bite on gag grouper and mangrove snapper for his anglers. For the grouper, free-lining large pinfish around structure is working well. As for the snapper, live shiners are the ticket.

Jim Malfese at the Rod & Reel Pier is keeping himself busy by landing over-slot redfish for the anglers at the pier. These catch-and-release reds are being hooked on varieties of cut bait, including ladyfish, pinfish or lizard fish. Casting these baits out from the pier into deep water is yielding the bite. Numerous smaller catch-and-release redfish are being caught by casting live shrimp on a weighted rig under the pier. While catching these 15-20 inch reds, anglers are hooking into numerous mangrove snapper and some flounder — keepers.

Casting artificials — jigs or spoons — is attracting Spanish mackerel as well as jack crevalle and ladyfish at the R&R.