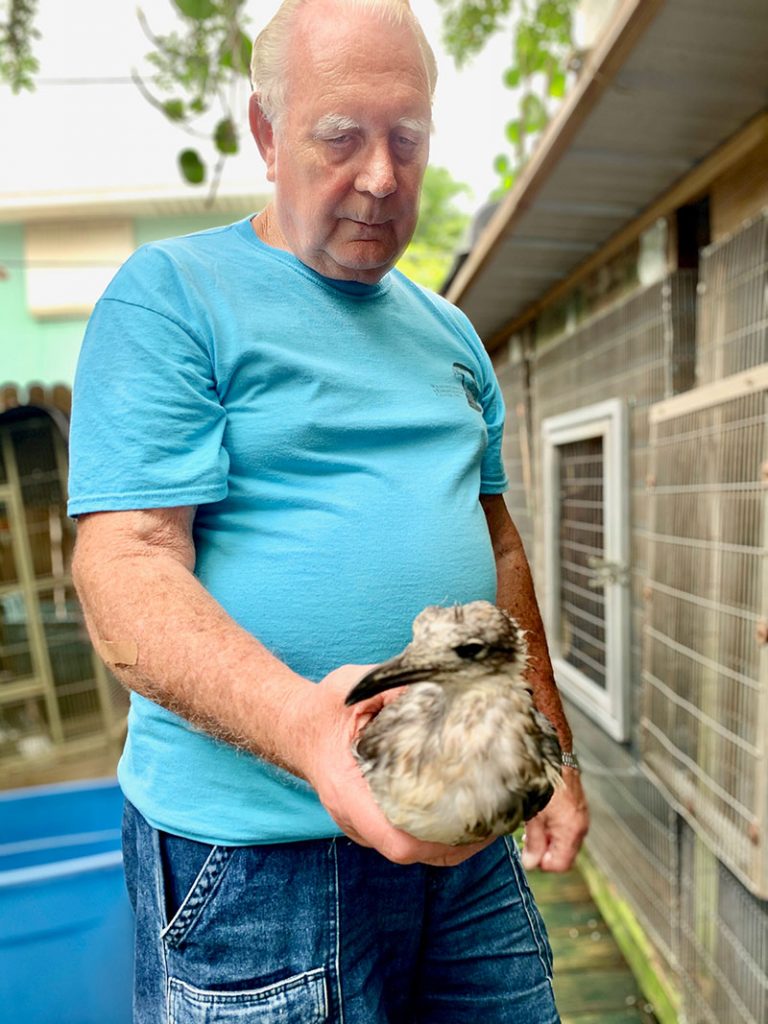 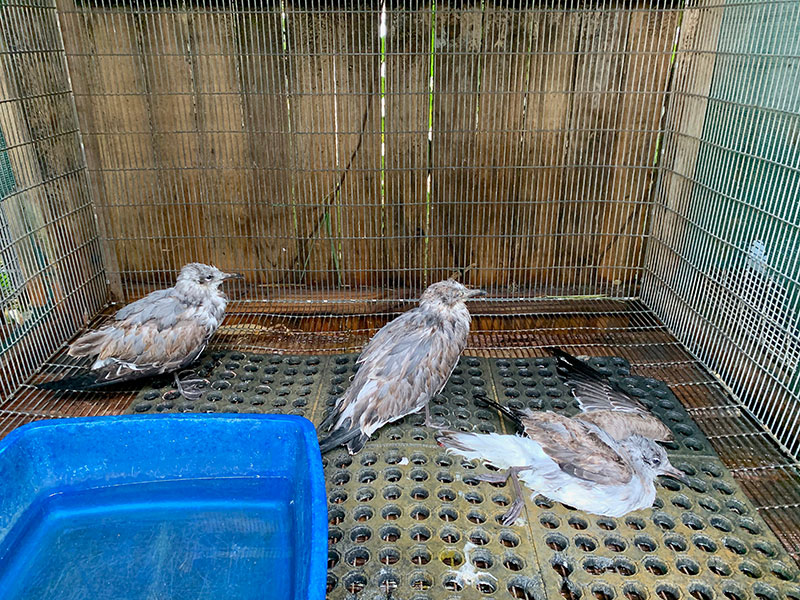 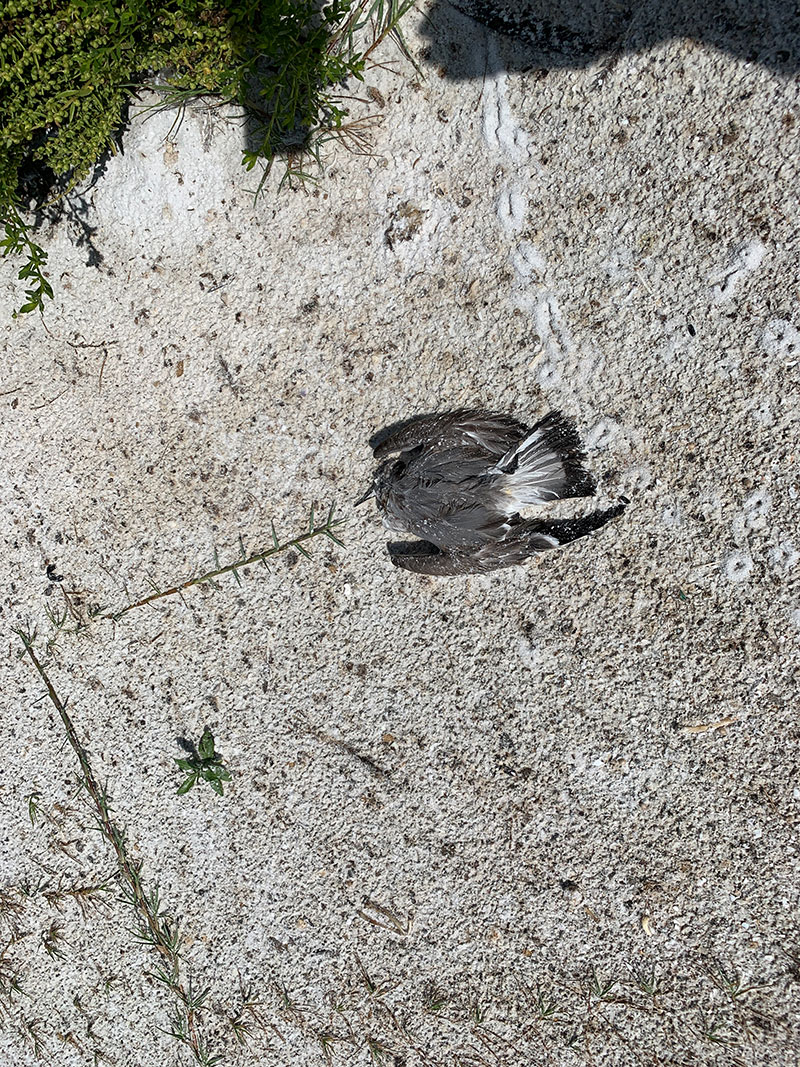 Theories on the cause of a rash of sick and dead laughing gulls from those in the know are long on speculation and short on science.

Wildlife rescuers, environmental scientists and red tide researchers speculated on the causes of the deaths — including botulism or red tide — but further puzzling is why only one species is being affected.

Ed Straight, the founder of Wildlife Inc., a rescue and rehab organization based in Bradenton Beach, received a tip Oct. 8 that gulls were found dead on Passage Key, the national wildlife refuge on a spit of land north of Anna Maria Island. The refuge was established in 1905 to help preserve nesting colonies of native seabirds and wading birds.

At Straight’s request, Jeannie Bystrom, a wildlife advocate who dedicates time rescuing birds entangled in fishing line, boated to Passage Key with her son. There, they found laughing gull carcasses — 23 dead birds — strewn across the beach and the vegetation. They found one bird alive and took it to Straight.

“It didn’t make it through the night,” Straight told The Islander Oct. 9.

Around 7 a.m. Oct. 9, Straight took in a sick gull — it also died — from Coquina Beach in Bradenton Beach.

Later, when he went to Anna Maria to retrieve a sick bird near the city pier construction site, Straight saw another dead laughing gull in the parking lot.

Earlier in October, more than two dozen sick laughing gulls were found on Siesta and Lido keys. They were taken to the Save our Seabirds facility on City Island, which is near Mote Marine Laboratory at the south end of Longboat Key.

More than half of those birds died in the first 24 hours, according to Jonathan Hande, a senior hospital technician at SOS. Meanwhile, nine more birds died on two Sarasota County beaches.

Straight, who with wife Gail has rescued and rehabbed wildlife for decades, called the laughing gull deaths “really weird.”

“Gail thinks maybe it’s a virus that’s just affecting the one species,” Straight said. Or, he wondered, perhaps the birds are feeding on a bad or rotting food source.

Straight told The Islander he thought the Florida Fish and Wildlife Conservation Commission was going to retrieve some birds from Passage Key for testing.

Michelle Kerr, the FWC Research Institute’s public information specialist, wrote an Oct. 11 email to The Islander: “FWC’s veterinarians have been in contact with Save Our Seabirds and are facilitating a shipment of specimens for testing to a diagnostic lab.”

However, the disposition of the Passage Key specimens remained unclear, and Kerr could not confirm if birds were retrieved by the FWC.

Scientists, others weigh in

Beth Forys is a professor of environmental science and biology at Eckerd College in St. Petersburg. She is well-versed in the physiology and habits of laughing gulls, but the mortality event has her stumped.

“It’s quite a mystery,” Forys told The Islander Oct. 9.

“Laughing gulls are usually the last species of gulls to get sick from contamination or disease. They tend to be less affected. They eat dead fish and rancid stuff all the time, while other gulls eat only live fish.”

Forys theorized the gulls are getting sick from “some other site.” Since only background concentrations of red tide have been reported in Sarasota and Manatee county waters, she doubted a harmful algae bloom was to blame.

She noted laughing gulls are much less sensitive to salmonella than other birds.

Save Our Seabird’s Hande said botulism might be a cause for the sickness.

“Red tide and botulism show similar symptoms,” Hande told The Islander Oct. 10. “But we have no red tide, according to the water testing, so….”

“The neurological symptoms do suggest botulism,” he said.

Meanwhile, as of Oct. 11, dead and dying birds were still arriving at Wildlife Inc.

“I got four more sick gulls in yesterday,” Straight told The Islander Oct. 11.

“One from Coquina, one from the north end near the new pier again, one from somewhere else on the island and one from the Manatee River,” he reported. “One of them didn’t make it through the night.”

Straight also picked up a great white egret from the South Harbor Drive area in Holmes Beach. The bird was too weak to get out of the water.

“It’s just sitting on its haunches, not standing. Is it related? Who knows?” Straight said.