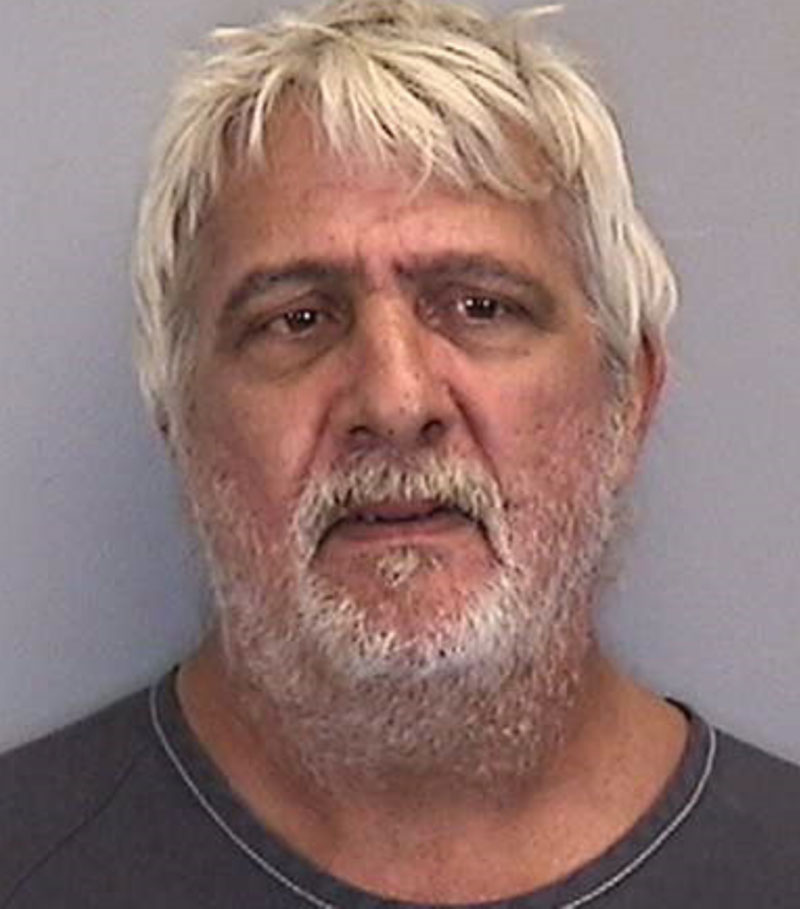 One local man was fighting for his life and another was charged with attempted murder following a verbal altercation that turned violent the night of Nov. 18.

David Nichols, 56, of Bradenton, was taken into custody shortly after police said he hit and dragged a 61-year-old man underneath his vehicle for nearly a block.

The injured man, Fred Gilliland, known in Cortez as “Fat Freddy,” told police he arrived around 8 p.m. at a friend’s residence in the 4500 block of 101st Street West near Cortez to pick up some furniture.

A verbal dispute ensued outside the residence between Gilliland and Nichols. As Gilliland left on foot, walking southbound on 101st Street West, police said Nichols struck him with his vehicle.

According to police, Nichols then drove westbound on 46th Avenue West, dragging Gilliland under his vehicle before fleeing the scene.

A nearby resident heard the man’s calls for help and called 911.

Police reported that Gilliland sustained severe life-threatening injuries, including several open fractures and significant head trauma. He was transported to Blake Medical Center in Bradenton, where his condition remained critical as of Nov. 25.

Manatee County sheriff’s deputies located Nichols and his vehicle at a nearby mobile home park and he was taken into custody.

James “Wyre” Lee, owner of Cortez Bait and Seafood in Cortez, a 40-year friend and employer of Gilliland, described him as a “unique character” — a “well-known fixture” in the Cortez community — and a good employee.

“He’s a good guy, he would give you the shirt off his back if he had one,” Lee said. “A lot of people are going up to the hospital to see him, sometimes 20 people at a time.”

Lee speculated that the dispute may have involved a “woman and plenty of alcohol.”

He described the severity of Gilliland’s injuries as traumatic.

”He had road rash like you wouldn’t believe. He lost an arm and is about to go into surgery to try to save the other one,” Lee said Nov. 21. “Let’s just hope he lives.”