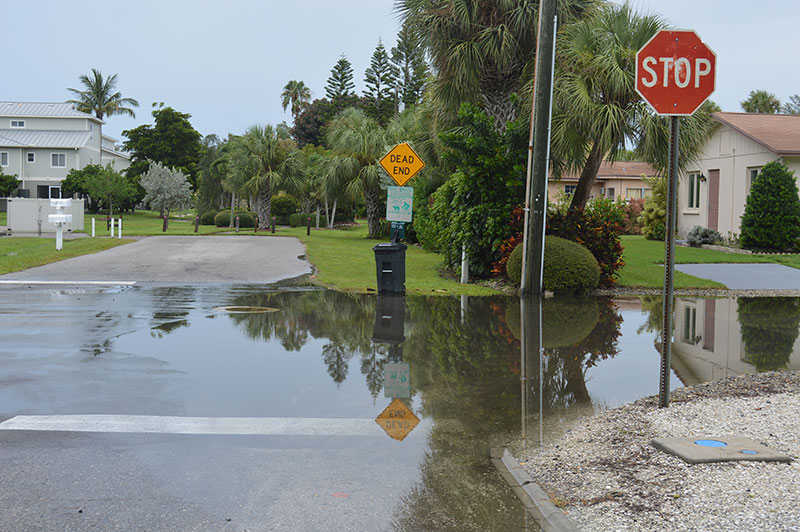 The Holmes Beach commission is looking for the most efficient way to combat rising sea levels and flooding.

She said the city could file an appropriations bill during the state legislative session in Tallahassee in January, asking for $3 million to fund stormwater flooding reduction measures and to bury utilities.

If approved by the state, the measure would entitle the city to a 100% payoff with no requirements for matching funds.

The commission directed Burnett to proceed with the appropriations request.

Following the presentation, Burnett revisited her request that the commission consider raising the annual stormwater management fee to increase funding for resiliency efforts.

With a show of hands, the commission voted 4-1 to move the measure to first reading to raise the fee from $1.68 per 100 square feet to $4.40, falling in line with Bradenton Beach’s stormwater tax.

Commissioner Kim Rash, who previously stated he disagreed with the increase, dissented.

However, she said sea level projections show an increase of 1.4-2.5 feet in 20 years, with the pace increasing as time continues.

“We need to be in a position of strength,” she said.

Deteriorated seawalls, pipes and other infrastructure installed in the 1950s are vulnerable and must be updated before problems worsen, according to Burnett.

If the commission adopts an increase, it would be enacted Jan. 1, 2020, and invoiced along with property taxes that are sent out in November 2020 since property taxes are collected in arrears.

The city commission will hold a public hearing and the first reading of an ordinance to raise the stormwater tax at its meeting at 6 p.m. Tuesday, Dec. 10, at city hall, 5801 Marina Drive.