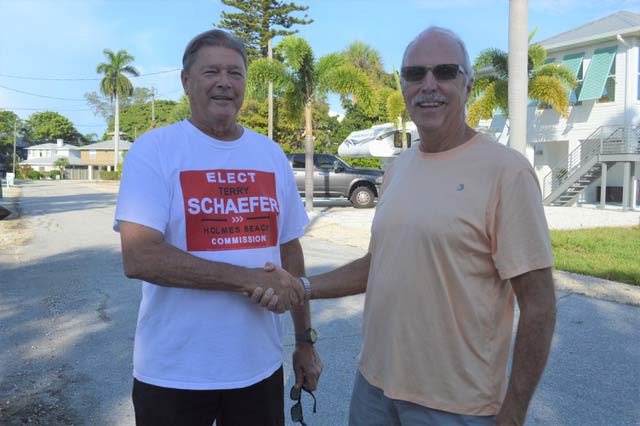 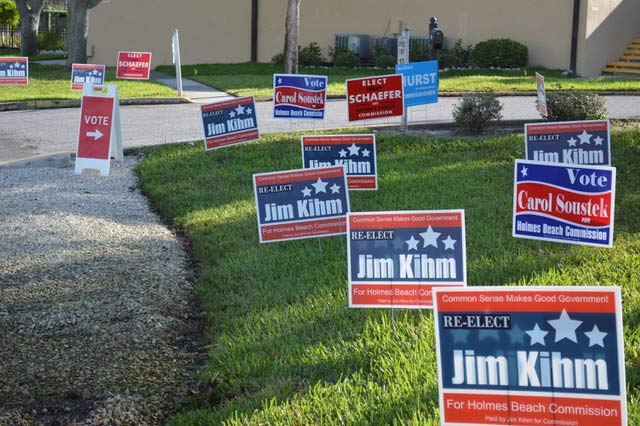 Voters in Holmes Beach have cast their ballots and political newbie Terry Schaefer was elected to a seat on the dais. Commissioners Jim Kihm and Carol Soustek were re-elected as commissioners.

For the three open seats on the city commission, 658 voted for Kihm, 606 voted to elect incumbent Schaefer and 546 voted for Soustek, while 471 voted for Rick Hurst.

Electors voted “yes” for all eight charter amendments placed on the ballot by the city’s charter review commission.

The vote was 767 “yes” and 90 “no” to charter amendment 1, which will consolidate and revise the legal description of to the city to include the Kingfish Boat Ramp and Grassy Point Preserve — land annexed by the city but not yet included in the city’s boundaries in the charter.

The vote was 704 “yes” and 152 “no” for charter amendment 2, which will require a supermajority vote of the city commission and a referendum in the next general election, approved by a majority of voters, in order for the city to sell, vacate, convey, transfer or abandon real property or rights of way.

The third charter amendment, which will allow budget transfers up to $100,000 to be approved through a resolution, rather than an ordinance, passed with 638 “yes” and 218 “no” votes.

Charter amendment 4, requiring a vote of the commission to terminate a department head, passed with 616 “yes” and 224 “no” votes.

Charter amendment 5, which clarifies language in the charter to state the city treasurer presents the annual audit, but doesn’t prepare it, received 730 “yes” and 119 “no” votes.

Charter amendment 7, which will remove the human resources department from the charter, passed with 557 “yes” and 282 “no” votes.

The vote was 627 “yes” and 228 “no” for charter amendment 8, which transfers election candidacy filing responsibilities from the city clerk to the Manatee County Supervisor of Elections, as is the case in Anna Maria and Bradenton Beach.

Of 2,692 registered voters in Holmes Beach,