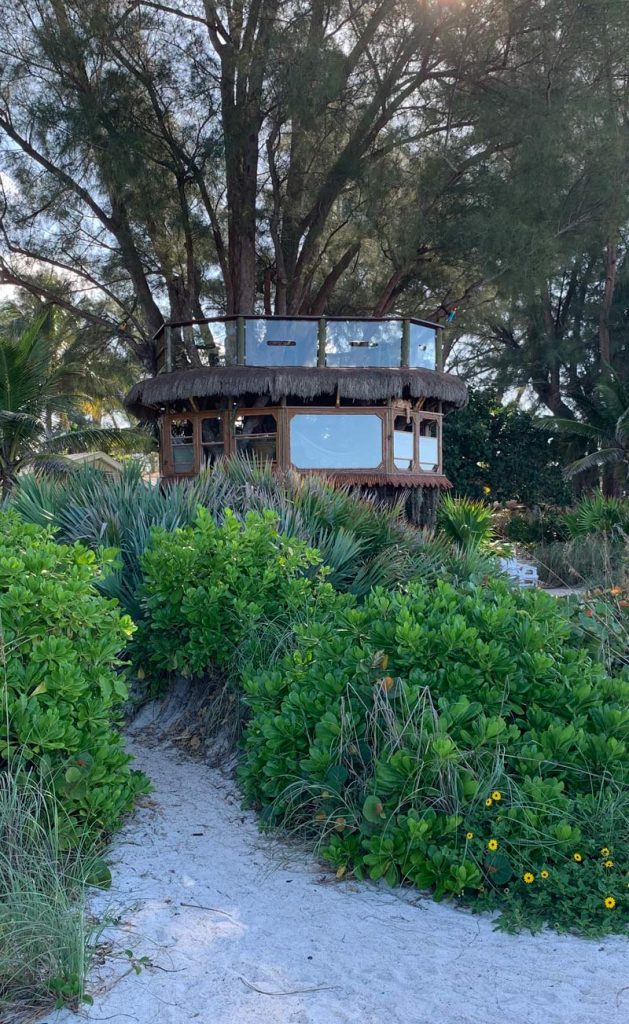 The treehouse at 29th Street and the beach access remains Oct. 30 despite years of conflict between the owners and the city of Holmes Beach and the Florida Department of Environmental Protection. 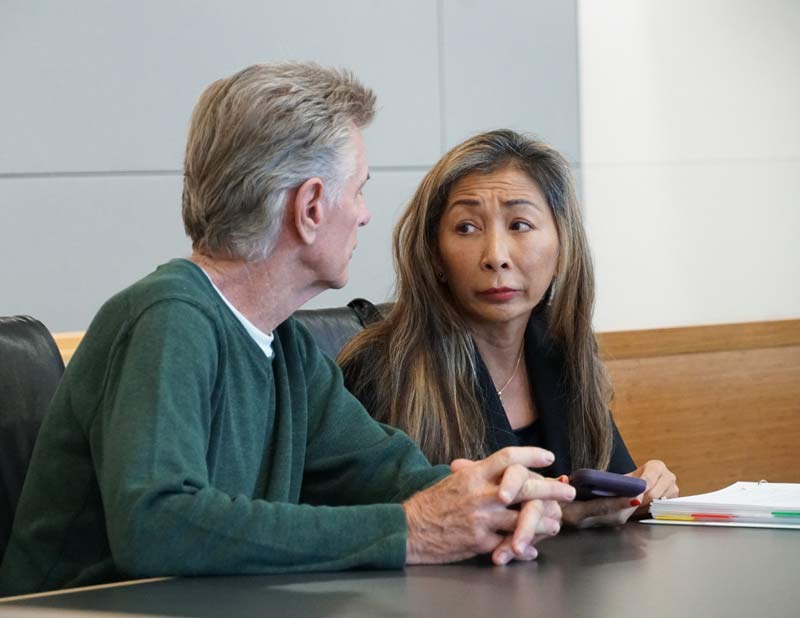 Treehouse owners Lynn Tran and Richard Hazen confer at a courtroom table March 4, during a hearing about the structure they built in an Australian pine tree at 103 29th St., Holmes Beach. Islander Photos: Kathy Prucnell

Court hearings are looming in two of four pending Gulffront treehouse cases — beginning with a 2013 constitutional case against the city of Holmes Beach.

At 10 a.m. Friday, Nov. 15, 12th Circuit Judge Edward Nicholas is expected to hear arguments on a second amended complaint for a declaratory judgment from the city and David Levin, attorney for treehouse owners Lynn Tran and Richard Hazen.

Another hearing date, new on the docket, is set in the 2018 case filed by the owners, which alleges 11 causes of action against the city and seven actions against the DEP for alleged violations of the owners’ private property and constitutional rights.

An hourlong hearing beginning at 10:30 a.m. Tuesday, Jan. 7, is set on several motions, including motions to dismiss from Holmes Beach and the Florida Department of Environmental Protection, before Judge Charles Sniffin.

The other 2018 case — city-initiated litigation to enforce a magistrate’s decision ordering the treehouse removal and a $50 daily fine, now at more than $78,050 — awaits the outcome of the 2013 case. Judge Edward Nicholas decided in April to defer the 2018 case hearings until the 2013 case is decided.

A fourth treehouse case is in federal court — now the 11th Circuit Court of Appeals. The owners appealed their loss on due process, takings and civil rights grounds in the U.S. District Court, Middle District of Florida. The city’s response to the owner-filed appeal expected sometime in November.

Except for the federal case, proceedings will be heard in the Manatee County Judicial Center, 1051 Manatee Ave. W., Bradenton.

What’s up with the treehouse fuss?

In April or May, Richard Hazen, a resident and owner of Angelinos Sea Lodge at 103 29th St., went to the building department counter in Holmes Beach City Hall.

There, he asked Bob Shaffer, the city inspector, if permits were required for a treehouse he wanted to build on their property. Shaffer, in turn, consulted with Joe Duennes, the then-building official, and then advised Hazen the city had no regulations.

Hazen’s inquiry did not specify the size, location and features of the treehouse and, at the time. Hazen didn’t know exactly what he wanted to build. The city officials did not ask for specifics.

He came back to his wife, Lynn Tran, with the news that permits were not required and she became its primary designer. They hired two carpenters who built the structure in an Australian pine.

Where’s the treehouse?
• The two-deck, 400 square-foot structure, with solar panels, removal windows, is 30 feet from the erosion-control line — a line that separates the renourished public beach from private property.

What’s the problem?
• The treehouse was built without city and state permits required for construction in a 50-foot city setback.
• Tran and Hazen challenged a 2013 code board decision that found the treehouse violated the city land-development code and ordered its removal, with petitions and lawsuits. Despite many court losses, they continue filing lawsuits and appeals.

How much has it cost?

Engineering, survey, city and other fees incurred trying to secure an after-the-fact permit have raised the owners’ treehouse costs to $30,000-$50,000.

5 thoughts on “Treehouse owners march back to court”