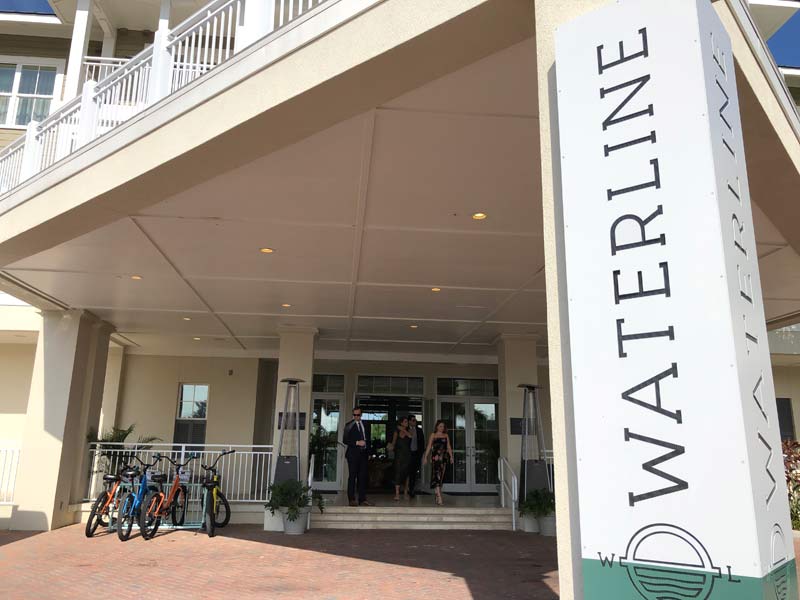 Are changes underway for Anna Maria Island’s only corporate hotel?

The owners at Mainsail Lodging and Development of Tampa are downplaying a rumor that its Waterline Marina Resort and Beach Club, which opened at 5325 Marina Drive, Holmes Beach, in 2017, will restructure from a full-service hotel to privately-owned rental condominiums.

“It’s something to consider,” Joe Collier, president and CEO of Mainsail, told The Islander Nov. 1.

“But we have no plans to move forward with such a thing at this time. We are studying it. Right now, the analysts and lawyers are mulling it over.”

Collier said no documents for restructuring had been filed, “as far as I know,” and even if the restructure does occur at a future time, the public would feel little to no change at all at the property.

Currently, Waterline is part of the Marriott Autograph Collection of hotel properties and reservations are made through the Marriott booking site.

Collier started the Mainsail Lodging and Development business in 1998, after 15 years with Marriott International in sales, marketing and development.

“Waterline is a great property we love,” Collier said. “We like the vacation rental business. We have the Mainsail Vacation Rental division in-house at Waterline. If we operate it like a vacation rental, people may stay with us longer — say five nights instead of just two-three.”

Restructuring the Waterline to condo rentals would require filings with the state and city of Holmes Beach, Collier said, and licensing would have to follow municipal rules.

Holmes Beach Mayor Judy Titsworth said she had not been notified about restructuring Waterline, but she is aware of the possibility.

Titsworth said Waterline operates a marina, and the rentals are considered transient lodging.

Andrew Houghton is a general manager at Mainsail Vacation Rentals and a managing partner with Mainsail Lodging. He previously worked 33 years for Marriott.

Of the possible restructuring, he told The Islander Oct. 31, “We’ve made no decisions.”

“Our customers ask about buying the rooms often,” Houghton said. “We want to elevate the experience at Waterline and maintain the environment.”

Collier told The Islander, “It’s expensive to operate a hotel. If changes do happen, the Waterline would feel very much the same no matter what we do.”