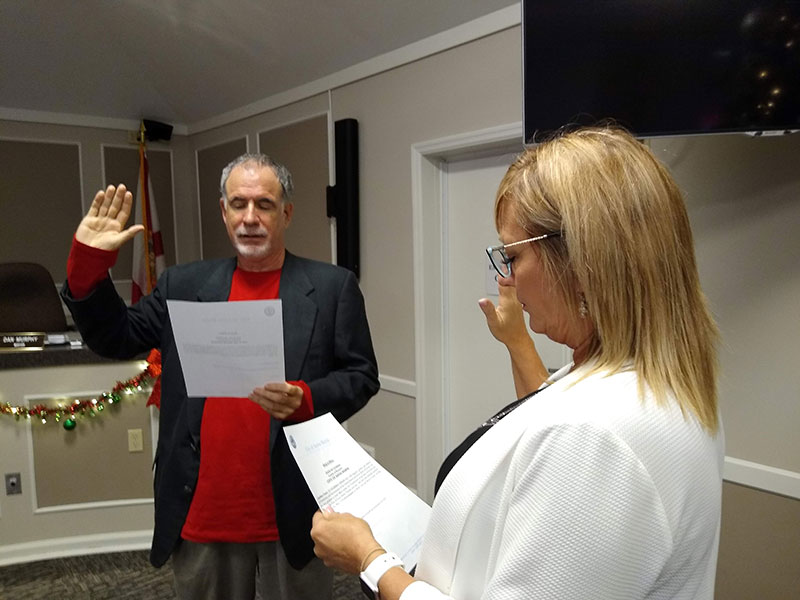 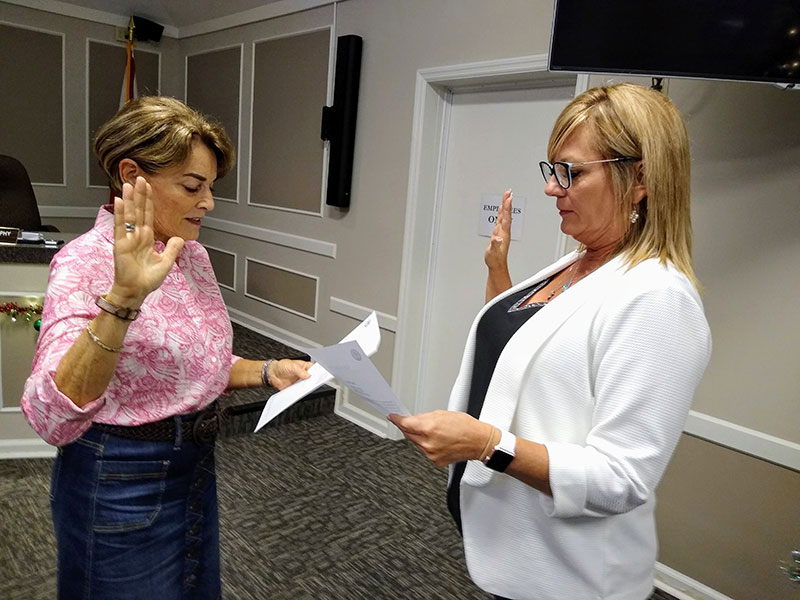 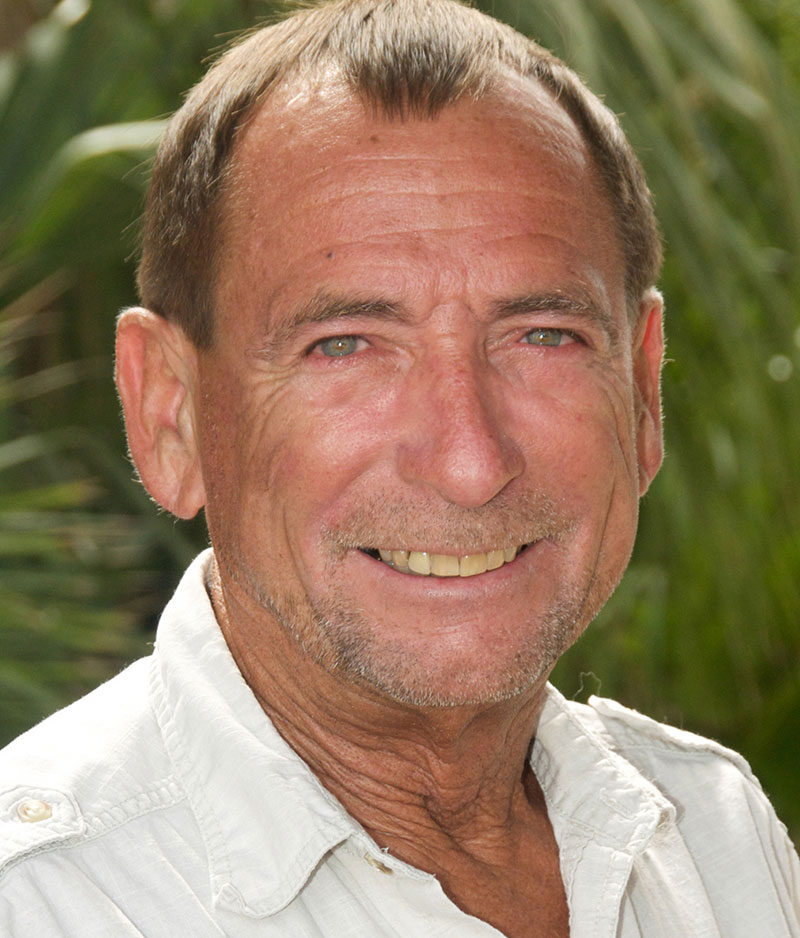 The Anna Maria City Commission made official a four-term veteran’s re-election and welcomed a new commissioner at the Dec. 5 meeting.

Commissioner Carol Carter was sworn in after being automatically re-elected to her fourth two-year term in November.

Carol Carter and her husband Bob bought a house on Anna Maria in 2001, and have been full-time residents since 2006.

Since becoming a Florida resident, she has served as vice president of New College Foundation and the national fundraiser for Feeding America and the Alzheimer’s Association.

New Commissioner Jonathan Crane also was sworn in at the Dec. 5 meeting.

Formerly chair of the city’s planning and zoning board, Crane ran unopposed for the seat vacated by Doug Copeland, who served three full terms on the commission but did not seek re-election in November.

Former Commissioner Dale Woodland, who served seven two-year terms as commissioner, failed to qualify for re-election in November because he paid the $48 qualifying fee with a personal check.

Candidates are required to pay fees with a check drawn from a designated campaign account.

Due to Woodland’s vacant seat, Mayor Dan Murphy suggested waiting to vote on the nominations of chair and vice-chair until January.

Commissioner Mark Short made a motion to delay the vote as suggested. The motion passed unanimously.

The commission agreed to accept applications for Woodland’s vacant seat through the close of business Jan. 8, 2020. Murphy said he would furnish updates on this.

The commission also is seeking judges and nominations for resident-of-the-year by its next regular meeting Jan. 9.

Anna Maria had 1,076 active voters as of Aug. 30, according to the Manatee County Supervisor of Elections.