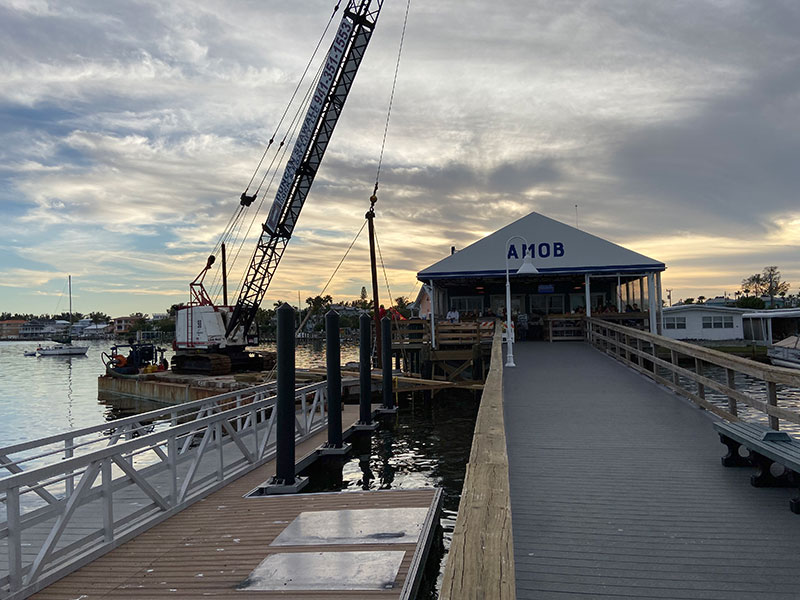 Duncan Seawall employees climb Nov. 25 off a work barge used to make repairs to the floating dock at the Historic Bridge Street Pier in Bradenton Beach. The gangway rests on the dock. Islander Photos: Ryan Paice 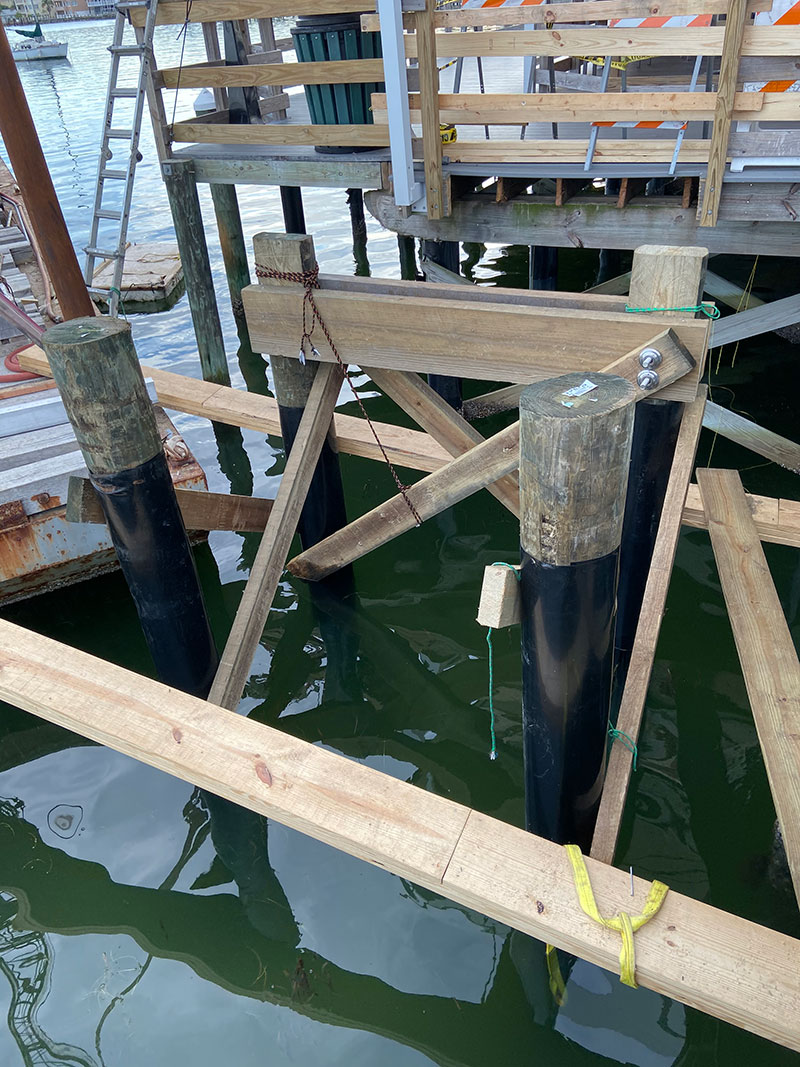 A structure to support the gangway to connect the Historic Bridge Street Pier to the floating dock stands partially constructed Nov. 25. The structure consists of four cross-braced pilings.

The floating dock at the Historic Bridge Street Pier in Bradenton Beach soon may be open to the public.

Public works director Tom Woodard said Nov. 26 that Sarasota-based Duncan Seawall was cross-bracing four timber pilings to form a support structure for the gangway, the walkway connecting the pier to the dock. The gangway was pulling away from the pier and removed.

The dock was closed Oct. 4 for repairs to the gangway.

The pilings form the foundation of a support structure, where the gangway will rest when it is reinstalled. It previously was connected to the pier.

Work the week of Nov. 25 involved cross-bracing the pilings with lumber and placement of a support beam between the pilings closest to the pier.

The final step will be to build a 6-foot extension of the pier deck to connect to the support beam and gangway.

Duncan also will install safety railings on the floating dock.

Duncan took Nov. 28-29 off to celebrate Thanksgiving, but Woodard said the contractor would complete the job “hopefully by Dec. 6.”

He added that the city would open the dock to the public when the work is finished.

City officials opened the dock Aug. 2, after two-and-a-half years of turbulence due to failures by the company originally contracted to build and install the dock. The dock, which cost $191,524, replaced one damaged by storms and removed in 2017.

The dock was closed within a month of opening because of the gangway.

The repair will cost $73,317, including the cost of 18 new rollers — the mechanisms connecting the dock platforms to the support pilings to allow for tidal movement — after the city procures the parts from Ronautica Marinas.