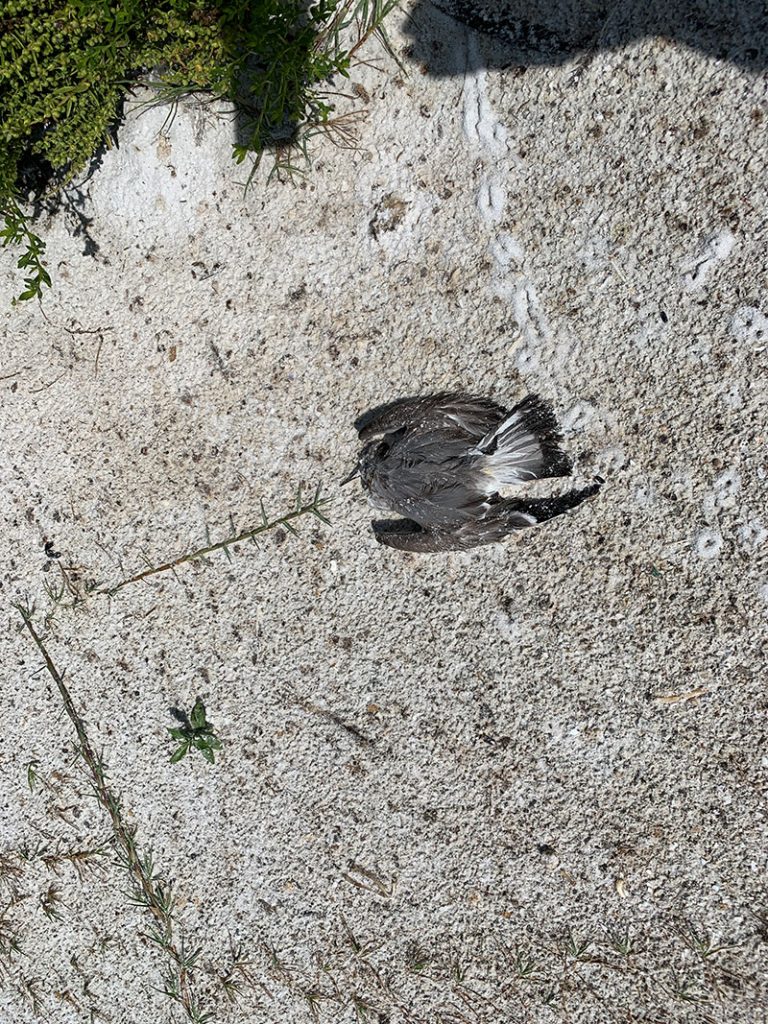 Investigators now have the reason for why laughing gulls were found dead in October on Passage Key.

Researchers with the College of Veterinary Medicine at the University of Georgia in Athens informed the Florida Fish and Wildlife Conservation Commission and Save Our Seabirds in mid-November that aspergillosis killed the birds. The fungal infection is common in the warm, moist environs of Florida.

Dana Leworthy, avian hospital administrator with Save Our Seabirds in Sarasota, told The Islander aspergillosis can come from any rotten item and laughing gulls are known for consuming most anything.

“It grows in swampy areas or on dead fish,” Leworthy said of the fungus. “It can reproduce without hesitation.”

More than 30 dead gulls were retrieved by the FWC for testing Oct. 13.

And they were found to have microscopic lesions in their throats.

Lesions and growths are two symptoms of aspergillosis, which can cause lung problems, including respiratory issues.

Researchers call aspergillosis “the great pretender” because it mimics so many other diseases and can display a variety of symptoms, Leworthy said.

Aspergillosis was definitively confirmed by blood tests at the University of Georgia.

But where or how the gulls contracted the fungus remains a mystery.

Leworthy speculated they may have become infected eating a single rotten food source.

The fungus is common in birds, but Leworthy said it was “weird” only the laughing gulls were affected and found dead on Passage Key. No other bird species appeared to be sickened on Passage Key.

“Maybe they had some sort of stressor that made them more susceptible to illness,” Leworthy said. “It’s just very strange that they were the only ones.”

The Passage Key gulls were not the only group of gulls that died mysteriously in October.

Before the Passage Key incident, more than two dozen sick laughing gulls were taken to Save Our Seabirds from Siesta Key. More than half died within 24 hours, according to Jonathan Hande, a senior hospital technician at SOS. Nine more birds died on the beaches. Their cause of death has not been established.

The incident ended and no birds have turned up dead since October.