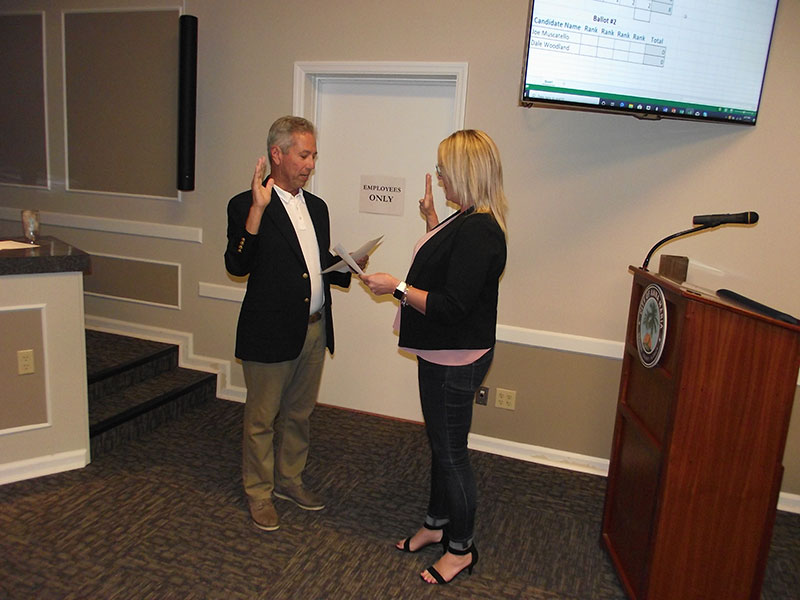 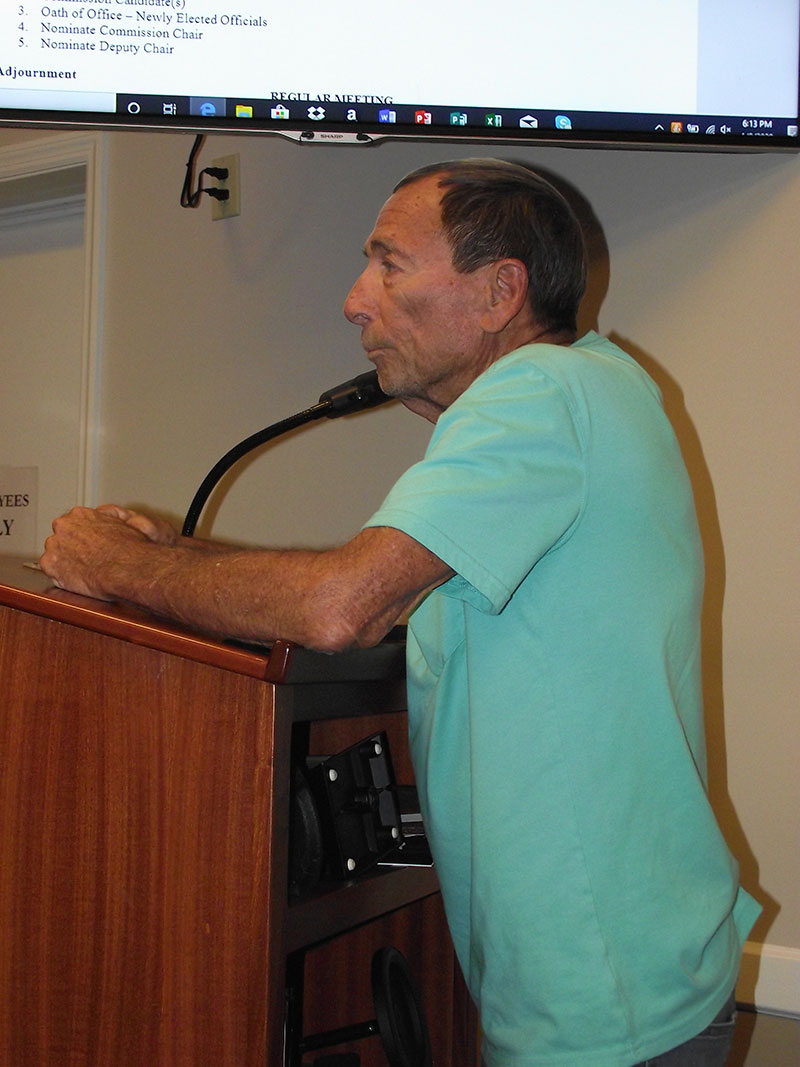 It took a couple months, but it’s official: The fifth Anna Maria City Commission seat is no longer vacant.

The chair was filled Jan. 9 by a unanimous vote by commissioners for the appointment of Joe Muscatello.

The seat was previously held by Dale Woodland, who served 16 years, eight back-to-back two-year terms, as commissioner. Woodland failed to qualify for re-election in November 2019 because he paid the $48 qualifying fee with a personal check instead of a designated campaign account.

The commission agreed to accept applications for the vacant seat through close of business Jan. 8.

Each applicant was given up to five minutes to address the commission during the regular meeting Jan. 9.

Muscatello moved to the island 10 years ago to help care for his ailing father. He’s been vacationing with his family on the island since 1978. He moved from Holmes Beach to Anna Maria two years ago.

He has 45 years of experience working in various capacities at the local government level, including serving as mayor of his hometown in “the coalfields of West Virginia.”

He is a proponent of home rule.

“You have to fight the state always trying to take the power away from local governments,” he said.

He ultimately decided to run at the last minute, after reading a newspaper article about what the city commissioners and mayor were most proud of accomplishing in 2019.

“It’s the intrinsic value of this,” Muscatello said. “When you see something you’ve done that you’ve contributed to the community. That’s where the reward is in this job.

“You’ve got to love your community. It’s like that old Tina Turner song, ‘What’s Love Got To Do With It?’ That’s what it is. It’s love. My motto is, ‘Let’s have some fun and get the job done!’”

Woodland said he began his local political career with code enforcement and then the planning and zoning board prior to his long tenure on the city commission.

“I lost the first two times,” Woodland said about his initial run for the city commission. “The third time, I finally got elected. That was the beginning of 16 years. I’m proud of the service I’ve had and I’d appreciate serving more.”

In a Jan. 5 email to The Islander, Woodland wrote: “I am a public servant, always have been and always will be. I have no agenda but to serve. Our residents and visitors alike are welcome and a benefit to our city. I work in our city and am blessed to have people talk to me every day; their input drives me. When we are not always on the same page, our differences are respected and I have to make a decision. That’s my job.”

City commissioners voted via ballot 4-0 in favor of Muscatello.

Murphy congratulated Muscatello on his win and then thanked Woodland for his years of service.

“I hope that you continue to serve the city in other capacities,” Murphy said to Woodland. “I’m hoping we’ll see you here again.”

Muscatello was then sworn in by city clerk LeAnne Addy.

In other city commission news:

The mayor has not yet named the Anna Maria City Pier liaison, a position previously held by Woodland.