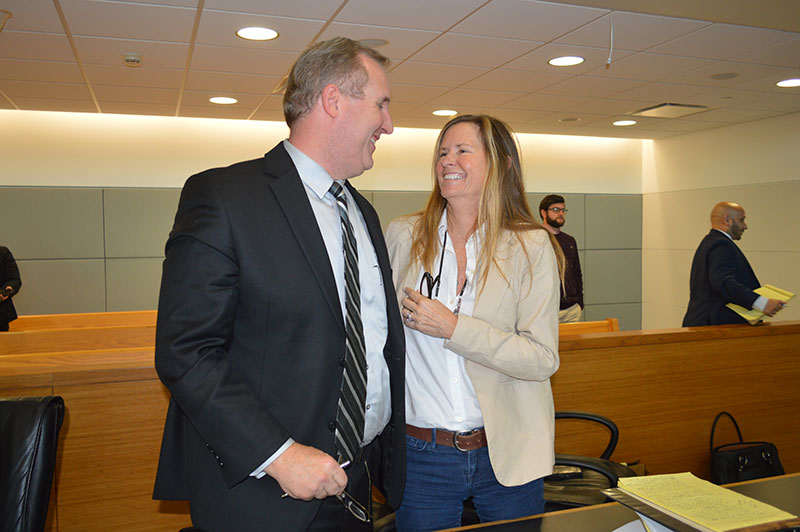 The Holmes Beach win hinged on one word.

The property owners claimed the city violated the Bert J. Harris Jr. Private Property Rights Protection Act, which allows demands for compensation due to government regulations that “may inordinately burden, restrict, or limit private property rights,” when it enacted vacation rental regulations limiting occupancy to a maximum of two persons per bedroom.

In his ruling, delivered from the bench at the hearing, Nicholas emphasized use of the word “inordinately,” defining it as “excessive,” and, while allowing the owners were “absolutely burdened,” the occupancy reduction was not sufficient for the claim.

“I don’t think the plaintiffs have come close to establishing anything that could be remotely considered an ‘inordinate burden,’” the judge said.

But the plaintiffs’ attorney disagrees.

Representing the owners, attorney Aaron Thomas of the Najmy Thompson law office in Bradenton, filed a motion Jan. 10 to reconsider the ruling.

Thomas wrote in the motion that the term “inordinate burden” is defined by the Bert Harris Act as an action of a government entity restricting the property owner from attaining “the reasonable, investment-backed expectation for the existing use” and does not limit “reasonable.”

The motion states that the statute was not set up to allow the circuit courts to make that decision.

The owners, properties and their complaints are:

During the hearing, Thomas revisited his argument that his clients’ rights were violated when the city enacted enforcement regulations in May 2016 for a September 2015 two-person per bedroom rule.

Prior to the adoption of the rule, there was no occupancy limit for residential rentals.

In 2011, the Legislature limited the ability for local governments to regulate vacation rentals. Then, in 2014, the state gave some authority back to local governments, allowing regulations to abate quality-of-life issues stemming from short-term rentals.

Attorney Jay Daigneault, of the Trask, Daigneault, law firm in Clearwater, assigned case by the city’s insurer, challenged the owners’ right to bring the suits without first being denied a variance, which Thomas countered as futile owing to local regulations.

Thomas argued that the state preemption precluded the city from regulating vacation rentals prior to the comp plan’s 2011 amendment.

Daigneault and Thomas also argued the validity of the property appraisals, with Daigneault citing testimony from the city’s appraiser.

Daigneault said both appraisers agreed that the “highest and best use” must be considered during the appraisal, but the Bert Harris Act only is enacted if the fair market value of the property has been devalued, which he said was not fully cover in the plaintiffs’ appraisals.

In closing, Daigneault said the plaintiffs’ allegations were based on the premise that the city’s occupancy regulations “burdened or diminished the short-term vacation rental industry.” He said the Bert Harris Act is not in place to support “private industry,” adding that the act is meant to be generally applicable.

Thomas closed by reasserting that since the city could not grant a variance to “escape a provision of the comp plan,” and it was relying on state regulations over local ones.

Following Nicholas’ ruling in favor of the city, Daigneault told The Islander, “I appreciate the judge taking the time to consider the case as he did. I think he got it right.”

A ruling on a similar set of cases based on occupancy limits against Holmes Beach, heard in November 2019 by Judge Charles Sniffen, is forthcoming.