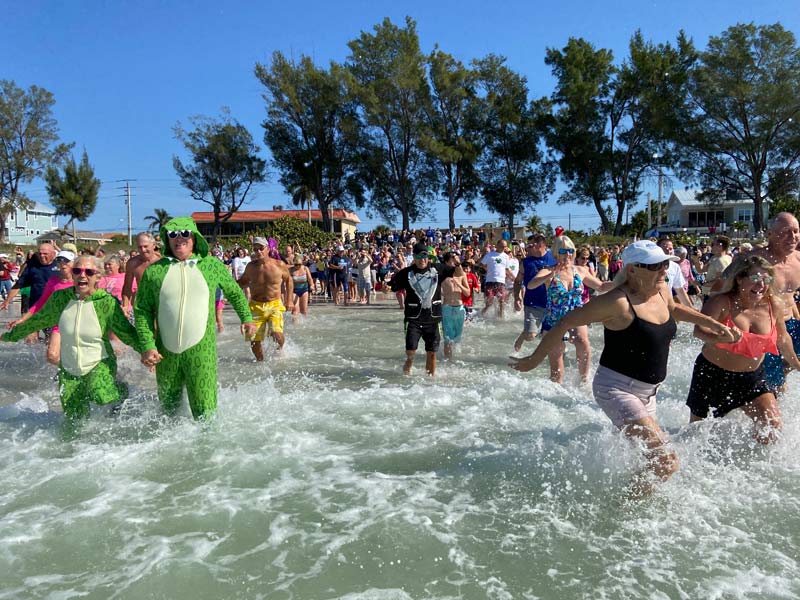 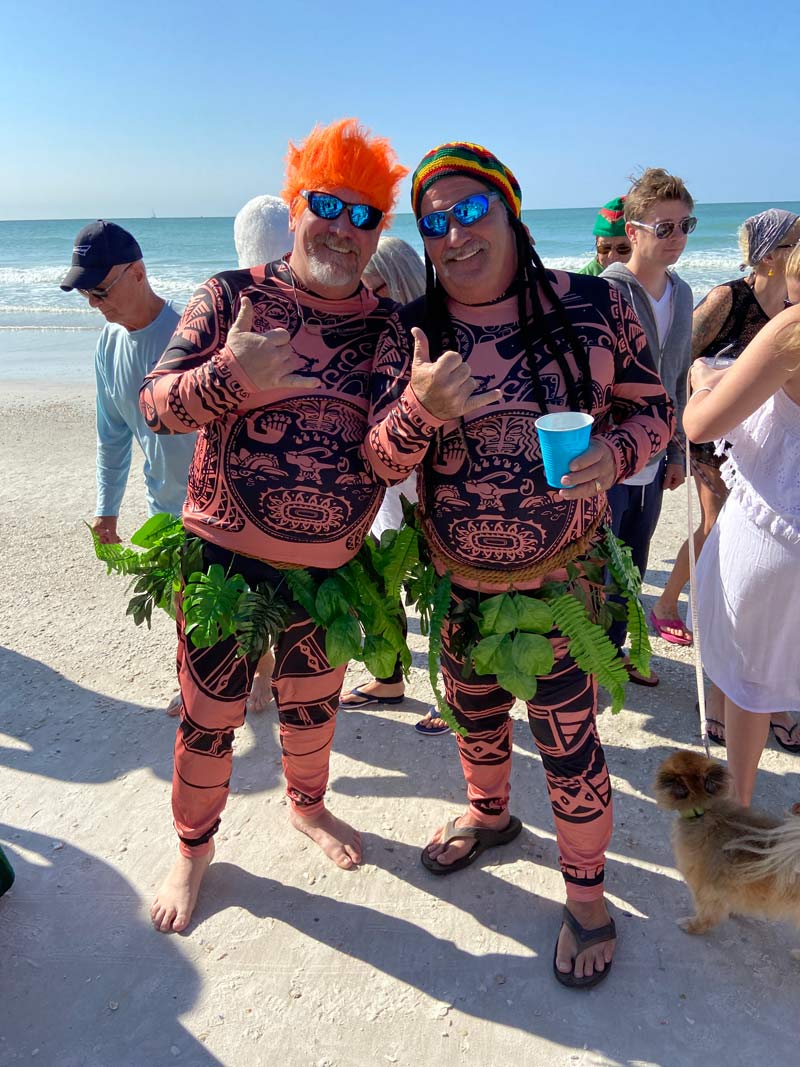 Bradenton residents Paul Halvorsen, left, and Bill Capobianco are outfitted Jan. 1 as Pacific Islanders for the Shamrock Shiver best costume contest. The pair finished as runners up to the “Pac Man family.” 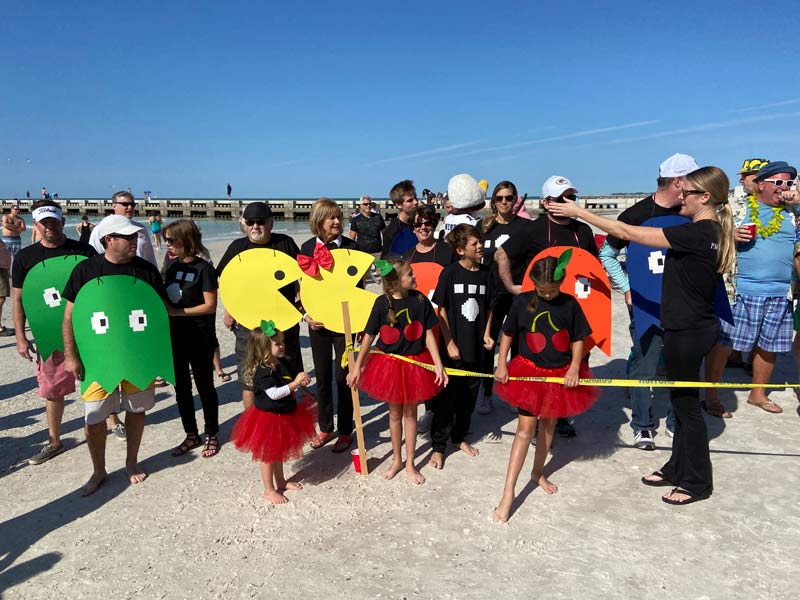 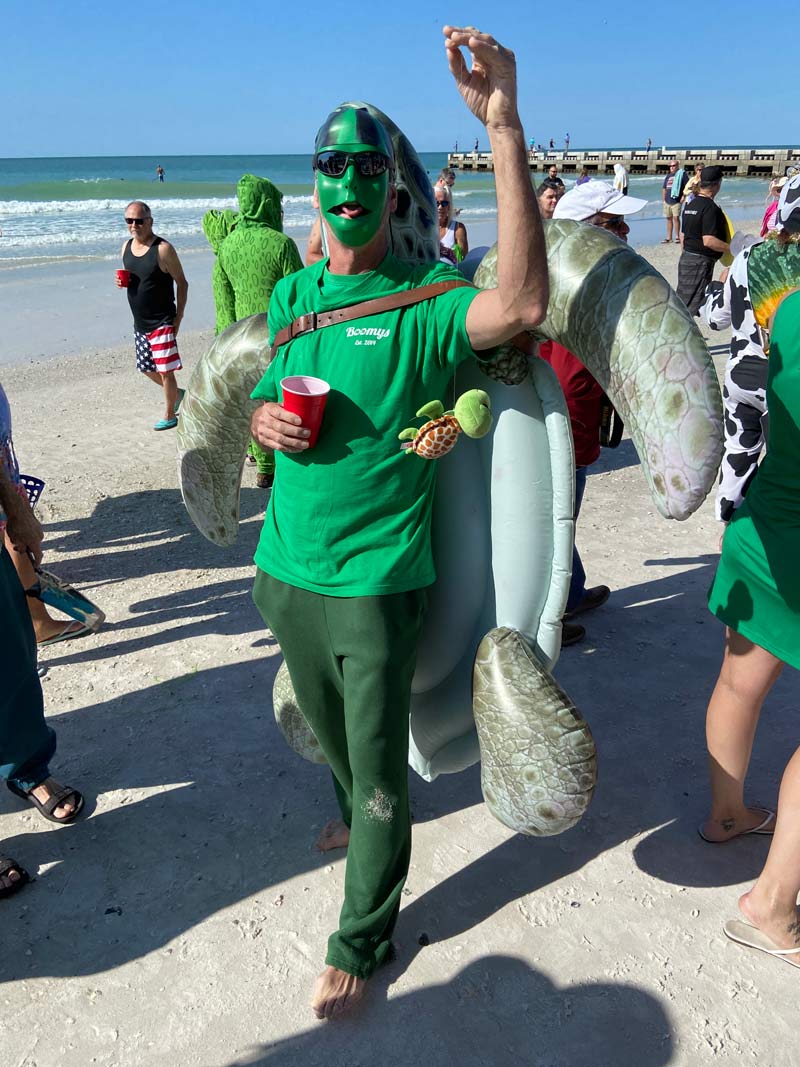 Bradenton resident Paul Devine, costumed as a sea turtle, dangles a smaller sea turtle from a string in his hand Jan. 1, during the Shamrock Shiver best costume contest in Bradenton Beach. 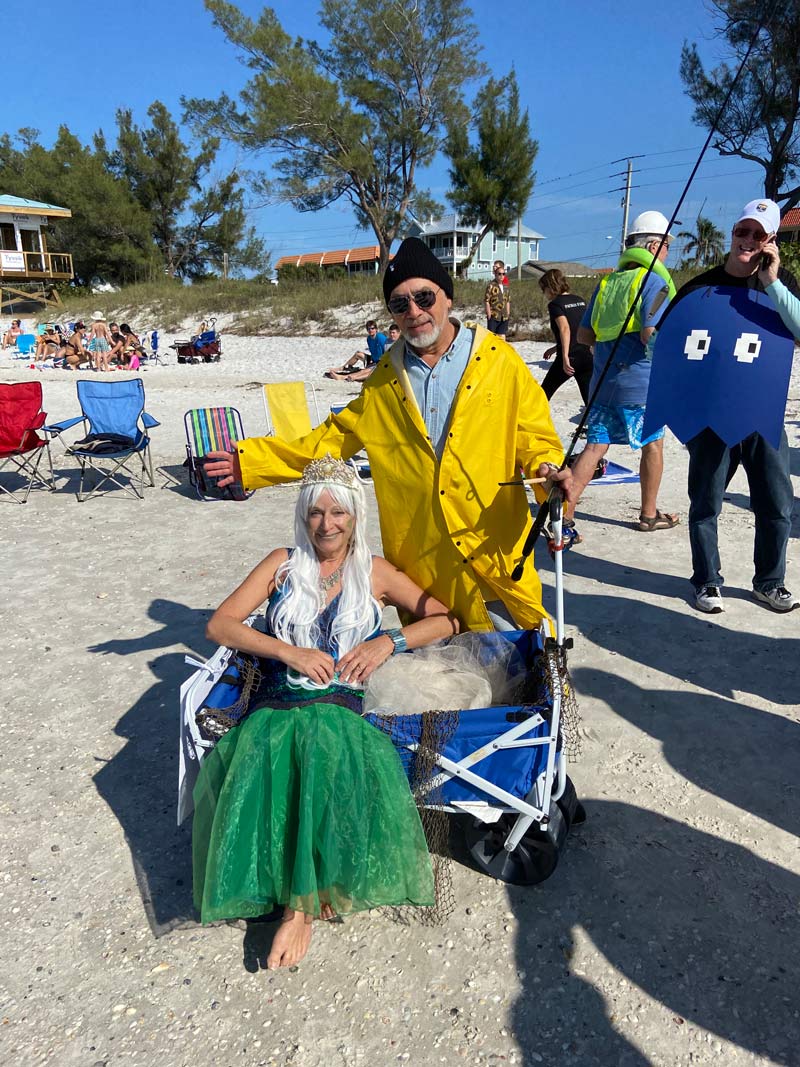 Sarasota resident Mike Gustow is dressed as a fisherman with a mermaid, wife Bonnie, as his catch at the Shamrock Shiver costume contest, Jan. 1 in Bradenton Beach.

What better way to start 2020 than to plunge into the Gulf of Mexico?

The air was a crisp 64 degrees when hundreds of people rushed Jan. 1 into the Gulf of Mexico for Clancy’s 12th annual Shamrock Shiver New Year’s Day Charity Plunge at Cortez Beach in Bradenton Beach.

About 500 people attended the event, according to Clancy’s Irish Sports Pub employee Daniel Cassidy. Nearly half of the attendees took the plunge.

Before the run to the Gulf, the crowd judged a costume contest.

Participants included Paul Devine, who dressed as a sea turtle. Bill Capobianco and Paul Halvorsen were costumed as Pacific Islanders. Steve Theroux was dressed as Spock from “Star Trek.” And a group arrived costumed in a Pac Man-theme.

After the plunge at noon, people went to Clancy’s, 6218 Cortez Road W., Bradenton, for an after-party with raffles, live music, food, beverages and awards.