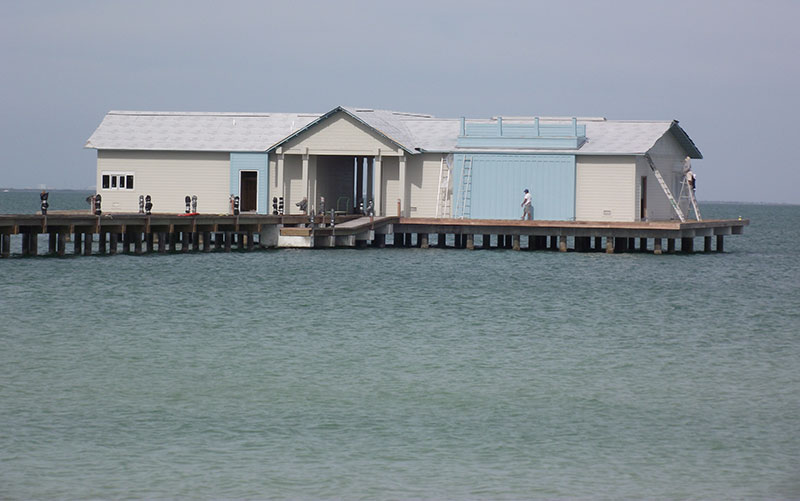 Well, nearly, almost, but not yet.

Not in February, as planned, but soon.

The Anna Maria City Pier, closed since it was damaged by Hurricane Irma in September 2017 and demolished in 2018, will open March 10 for strolling and fishing.

But, BYOB — bring your own bait.

Due to a gridlock in negotiations between the mayor, commissioners and Mario Schoenfelder, the pier tenant since 2000 and operator or the restaurant, the buildings at the T-end of the pier, save the restrooms, will be vacant for the coming months.

The city launched a request for proposals for a tenant Jan. 22 date.

“The RFP is posted and no responses as of yet,” Mayor Dan Murphy wrote in a Feb. 8 email to The Islander.

Meanwhile, Murphy announced the pier will open to the public — minus a bait shop  — at 1 p.m. Tuesday, March 10. He said details were “to follow.”

In other city news, Murphy filled The Islander in on his trip to the state capital to defend municipal rule.

“I went there to discuss pending vacation rental legislation,” the mayor said. He said he met with state Sen. Joe Gruters, R-Sarasota, to ask for his “support.” His stance remains in question, Murphy said.

Murphy also met with Sen. President Bill Galvano and Rep. Will Robinson, both R-Bradenton, and said they “both support Anna Maria’s position and pledged to support us.”

One thought on “City pushes pier opening to March”