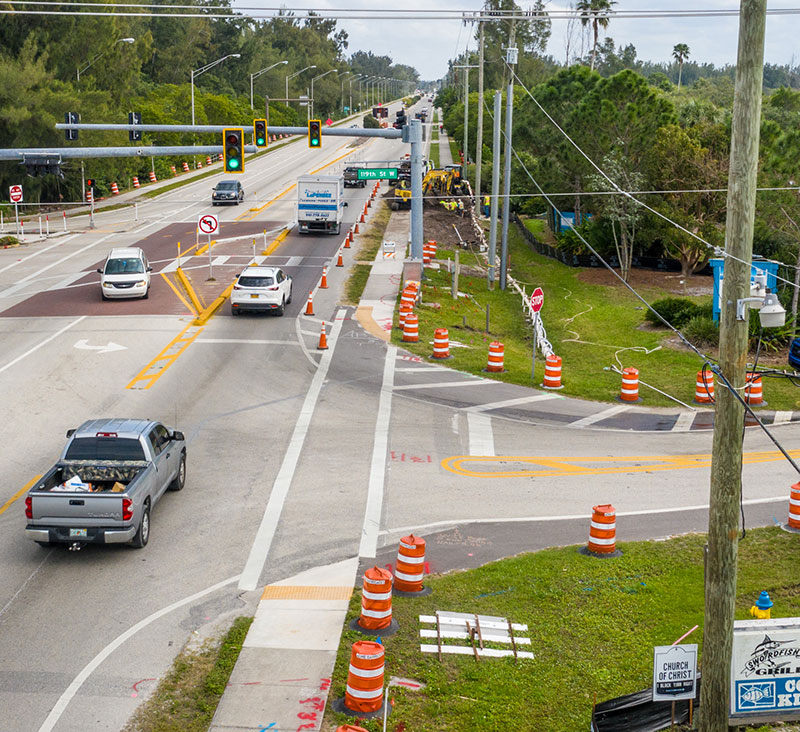 The Florida Department of Transportation made a few adjustments to work on Cortez Road.

The $5 million DOT project, which stretches along Cortez Road/State Road 684 from 123rd Street West to 86th Street West, will realign the intersection of Cortez Road and 119th Street West, produce a new sidewalk, as well as improve drainage and lighting along the corridor.

Brian Rick, DOT communications specialist, told The Islander Jan. 29 that work on the north side of Cortez Road — which will require drivers to take a detour through 127th Street West for two months — was delayed until after Easter.

The northern portion of work had been set to begin in January, but Rick said the DOT received feedback from the Cortez community asking for work on the section to be postponed until after the spring season, when traffic is busiest.

Work on the south side of Cortez will continue as originally planned, as it won’t require a detour or daytime lane closures.

However, the work might require the DOT to close the sidewalk on the south side of the road, as well as result in overnight lane closures 10 p.m.-6 a.m.

Construction was set to finish in August, but the adjustments pushed the expected completion date into “early fall,” according to the DOT.

For more information about the project, people can contact DOT community outreach manager Lauren Hatchell by phone at 941-708-4418 or by email at lauren.hatchell@dot.state.fl.us.