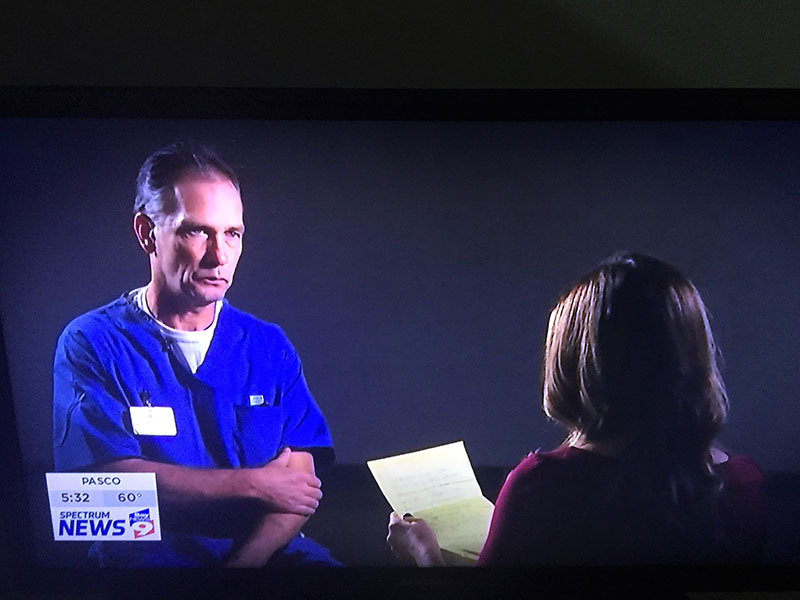 William Cumber speaks to Spectrum Bay News 9 reporter Cait McVey at the Marion County Correctional Institution in Ocala during a segment that aired Feb. 2. It was the first interview Cumber had granted since he was convicted of the Nov. 4, 2008, murder of Sabine Musil-Buehler of Anna Maria. Islander Courtesy Photo

Even more than seven years, which was how long family, friends and investigators searched for the woman who went missing on Election Night, Nov. 4, 2008, before she was unearthed in 2015.

Cumber worked as a handyman at Haley’s Motel, owned by Musil-Buehler and her estranged husband Tom Buehler.

When she vanished, Cumber and Musil-Buehler were involved in a relationship and they shared an apartment in Anna Maria.

It was there that Musil-Buehler lost her life.

Cumber was charged with Musil-Buehler’s murder in 2012 and, three years later, he agreed to a no-contest plea deal that resulted in a 20-year sentence and finally led investigators to Musil-Buehler’s remains in Holmes Beach.

Cait McVey of Spectrum Bay News 9 interviewed Cumber after he responded to her request for comment on a Bay News 9 story about the killing.

Cumber told McVey in a letter before he agreed to the interview that the murder bothered him “every single day of my rotten life.”

About the murder, he was succinct.

“I tried to explain to you that what happened, happened,” he told McVey. “It just happened.”

“I do not condone one iota of what I did. I suffer every day for it,” he continued.

Cumber said if he hadn’t done “the right thing” and led investigators to Musil-Buehler’s body, “I would still be out there.”

“It can be said she may have never been found if you didn’t lead investigators to her body,” McVey said.

But, she continued, “The right thing would’ve been not to kill her.”

Cumber repeated, “Not to kill her.”

He seemed satisfied with the 20-year sentence he received.

The deal, which prosecutors said had the support of her family, sets Cumber’s release in June 2031.

“I got a sweet deal. Which I shouldn’t have got. I think there should’ve been maybe 10 more years added on or something like that,” Cumber said.

When asked if he would return to Anna Maria Island after he is released, Cumber answered, “Yes.”

Asked if he thought he would be welcome on the island, Cumber replied, “Yes and no.”