The weather appears to be stormy in the artist’s rendering of the Anna Maria City Pier on display at city hall, 10005 Gulf Drive, Anna Maria. Islander Courtesy Graphic 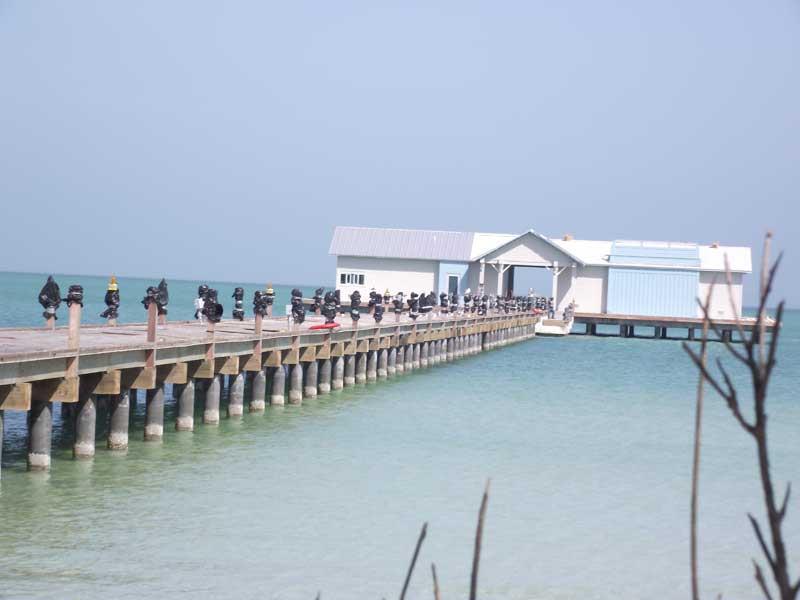 The powers that be in Anna Maria had planned to open the new Anna Maria City Pier March 10.

But the long-awaited pier, first slated to open in January, then pushed to February, then late February is again delayed and even a March opening appears in question due to a another issue — this time from Florida Power and Light.

“It looks like FPL will not have its issues resolved until early March,” Mayor Dan Murphy said at a city commission meeting Feb. 13. “Until FPL completes its work, we cannot firm up an opening date.”

The old pier opened in 1911 and closed after it was damaged by Hurricane Irma in September 2017. The pier was demolished and the city began building the new pier in 2018.

Since lease negotiations fell through with Mario Schoenfelder, pier tenant since 2000, the city has issued a request for proposals for a tenant to occupy and operate a restaurant and bait shop in the buildings at the T-end.

Noon Wednesday, Feb. 19, is the deadline to submit written questions about the RFP to the city.

A non-mandatory pre-bid meeting is set for 10:30 a.m. Wednesday, Feb. 26, at city hall. The deadline for proposals is Tuesday, March 10, when the commission will open bids in chambers at 1 p.m.

Murphy sought input the week of Feb. 11 from commissioners on ideas for an opening celebration.

Murphy said that he also would like to see those who donated to the pier construction thanked during the festivities.

Commissioner Amy Tripp suggested landscaping by the garden club as a possibility.

Commissioner Mark Short recommended City Pier Park — across Bay Boulevard on the corner of Pine Avenue — be included in staging the festivities.

And for the opening, the Island Players “would be happy to dress in period costumes” circa 1911, when the original pier opened, said Commissioner Joe Muscatello.

“The pier is truly the heart of our city,” said Murphy, who recommended the fishing tournament and a ceremony to thank pier donors be included in the opening.

Murphy asked commissioners for their input on the pier opening by close of business Wednesday, Feb. 19.