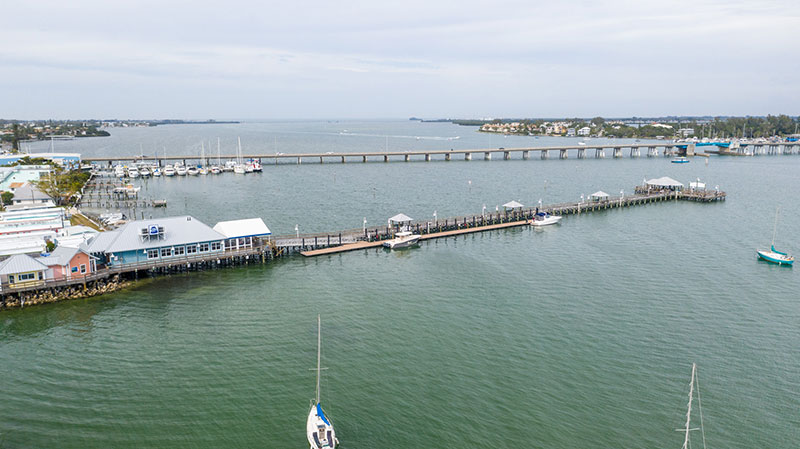 Transportation planners have announced their project priorities for the next five years.

Sarasota/Manatee Metropolitan Planning Organization board members voted Jan. 27 to approve a list to submit to the Florida Department of Transportation for potential funding in the department’s five-year work plan.

The list includes 12 projects from the Sarasota/Manatee Barrier Islands Traffic Study, including the replacement of the 63-year-old Anna Maria Island and Cortez bridges.

The DOT requires that the MPO submit an annual project priority list year so the agency can budget and appropriate funds for a rotating five-year work plan.

The MPO will submit a final list of projects March 15, including some nonpriority projects in case extra funding comes about, according to MPO executive director David Hutchinson.

The recommendations do not guarantee DOT funding, but the island projects have a high priority.

BITS projects jumped to seven out of 19 on the 2020 list after ranking 20th last year, but the projects aren’t exclusive to Anna Maria Island. Eight of the 12 projects are set on Longboat Key or the mainland.

However, the top two projects from the BITS list are island related — the Anna Maria Island and Cortez bridges. Both have undergone several structural repairs since their construction in 1957.

The DOT announced in October 2019 it was moving ahead with design work for a new 65-foot-clearance fixed-span replacement for the Cortez Bridge despite opposition, including resolutions passed by the Island Transportation Planning Organization and island cities against the megabridge replacement.

The department also is further along in the process for a new AMI Bridge — a 65-foot-clearance fixed span bridge — but design work for the bridge linking Holmes Beach to Perico Island won’t be completed until 2022-23. Construction isn’t scheduled to begin until 2029.

The agency has pegged the cost of the AMI Bridge at $76 million and the Cortez Bridge at $72 million, but neither project has been funded for the acquisition and construction phases.

The MPO’s project priority list includes funding for the construction phase of both projects.

Two island-based projects — multi-modal capacity improvements in Holmes Beach and Bradenton Beach — ranked fifth and sixth in priority among the 12 BITS projects on the priority list.

Hutchinson said work on the projects involve identifying gaps in sidewalks and multi-use trails before considering connecting segments, as well as other changes to improve bicycle and pedestrian safety.

The Bradenton Beach project, which ranked fifth, would stretch from the Longboat Pass Bridge to the city’s northern limits at 27th Street North. The MPO is requesting funding for preliminary engineering, otherwise known as the design phase.

The Holmes Beach project, ranking sixth, would begin where the Bradenton Beach project leaves off at 27th Street North and continue north to the intersection of Palm and Gulf drives. The MPO is requesting funding for a project development and environment study for the multi-modal improvement.

The MPO board consists of 17 representatives from local municipalities, including the cities of Sarasota, Bradenton, Venice, Palmetto, North Port and the town of Longboat Key, as well as three commissioners from both Sarasota and Manatee counties and one representative from the Island Transportation Planning Organization, a chartered organization of the MPO that allows one member on the board from Anna Maria Island’s three cities.

The current Anna Maria Island ITPO chair is Bradenton Beach Mayor John Chappie, which carries with it the board seat.