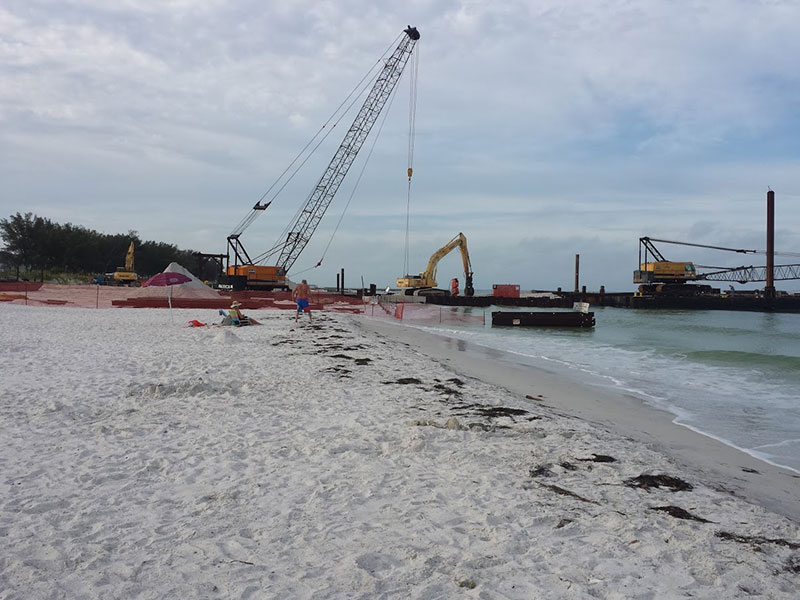 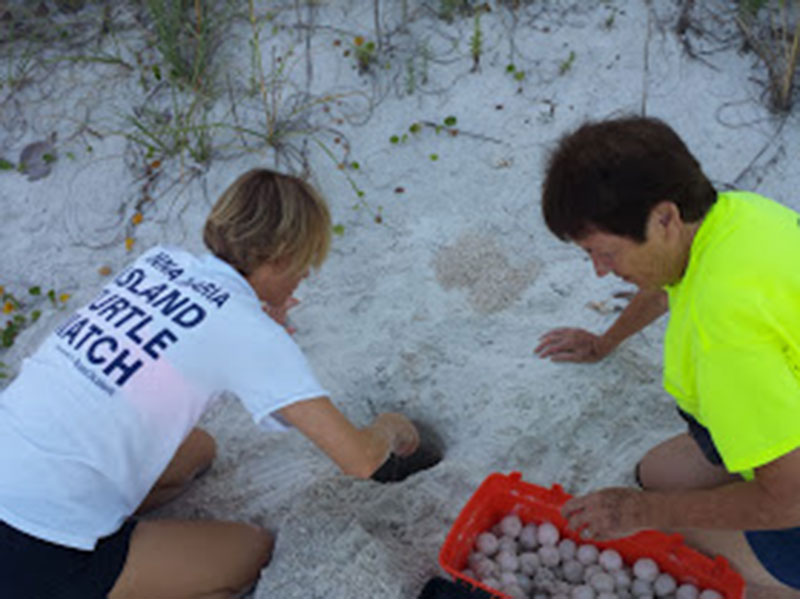 The loggerhead sea turtles that nest on Anna Maria Island could share space with bulldozers this spring and summer.

A beach renourishment project, slated to begin in April and last for six months, will overlap with sea turtle nesting season, which runs May-October on the island shoreline.

The Manatee County Board of Commissioners voted in October 2019 to approve two beach renourishment projects in 2020.

The projects replace sand lost through erosion by piping sand from an offshore seabed to the beach. The work will start at 78th Street North in Holmes Beach and continue southward to the tip of the island at Longboat Pass.

The county initially planned renourishment to start in February — lessening the intersection between the projects and sea turtle nesting season.

However, AMITW executive director Suzi Fox said she expects the project to start in April and she’s prepared a plan to work with the county and other government agencies that rely on the organization’s reports, including the Florida Department of Environmental Protection and the Florida Fish and Wildlife Conservation Commission.

Fox said she must coordinate with the county about where and when sand will be placed to avoid covering sea turtle nests.

She said the process will be similar to when the island was hit with several months of severe red tide in 2017, leading to daily cleanups that included raking with a tractor on the beach, orchestrated by the county.

Turtle watch worked hand-in-hand with the county to ensure no nests were disturbed.

AMITW also may need to relocate nests to avoid disturbances during renourishment.

After the nests are verified for eggs, volunteers will dig from the sand about 100 eggs — about the size of pingpong balls — and place them in a new, hand-dug cavity, with locations to be determined by the FWC.

Fox said all nests through 2022 must be checked for eggs, due to the project.

Fox also said she will be cutting back her troupe of volunteers from 78 to 48, as less walkers but those with more experience will be needed during renourishment. Morning patrols to look for nests laid the night
before will be conducted by ATV until the projects end.

Fox said turtle watch has been dealing with renourishment projects since 1992, so “this is nothing new.”

“Once this gets going, we will have to move swiftly, as will the county,” she said. “Timing will be crucial.”

Charlie Hunsicker, the county’s parks and natural resources director, said he is confident AMITW and the county operation will work in concert.

“Turtle watch is prepared to do their best effort,” Hunsicker said Jan. 29. “They will operate under FDEP and FWC allowances to work with us to protect the turtle and shorebird resources during the life of the project.”