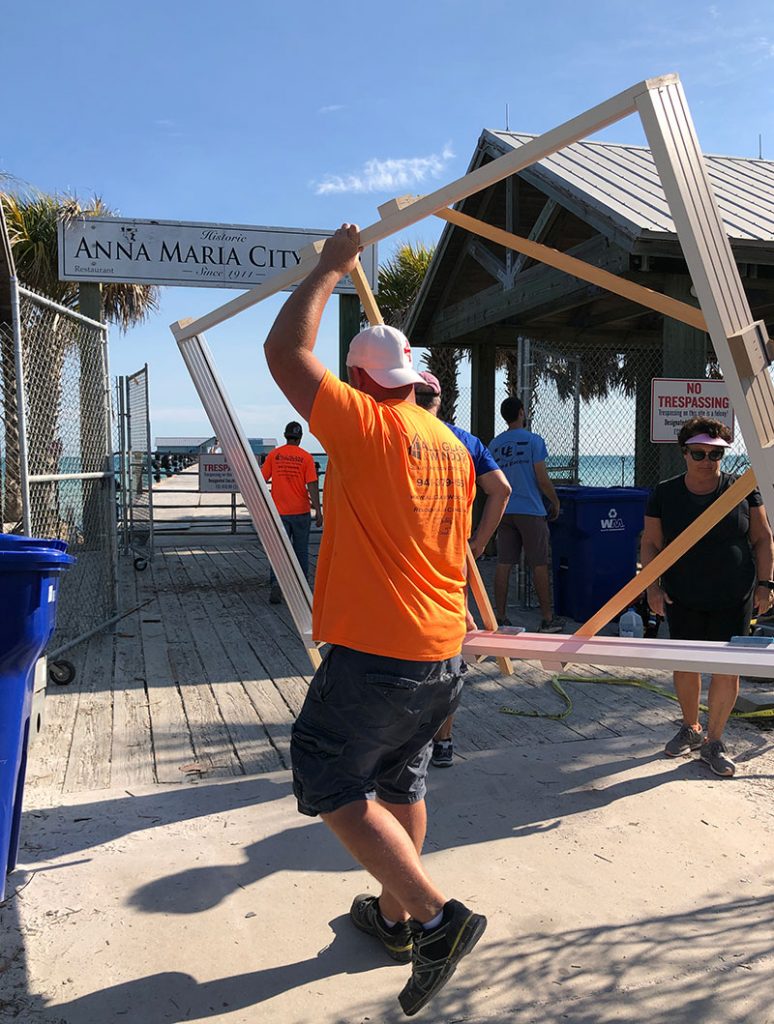 Workers with All Glass Windows haul framing materials March 18 to the T-end of the new Anna Maria City Pier. The ongoing work drew spectators, which attracted the attention of a Manatee County sheriff’s deputy, who ordered bystanders to keep a distance. Islander Photo: Lisa Neff

Construction on the new Anna Maria City Pier proceeded the week of March 16 amid COVID-19 concerns.

“Coronavirus has not affected our construction progress as of yet,” Anna Maria Mayor Dan Murphy wrote The Islander March 20.

The original pier opened in 1911, but was closed in September 2017 after it was damaged by Hurricane Irma.

The old pier was demolished and the city began construction on a new pier in 2018.

Murphy wrote that the bathroom buildout continued and the fire-suppression system neared completion.

Power cables were set to be pulled to the end of the pier and meters would be installed later in March.

“When the construction is complete we will open it up for fishing and sightseeing,” Murphy wrote. “We probably won’t have a big party with lots of people due to coronavirus, but that is still under evaluation. None of us seem to know how the virus will progress over the next few weeks. So we are cautious to confirm a celebration date.”