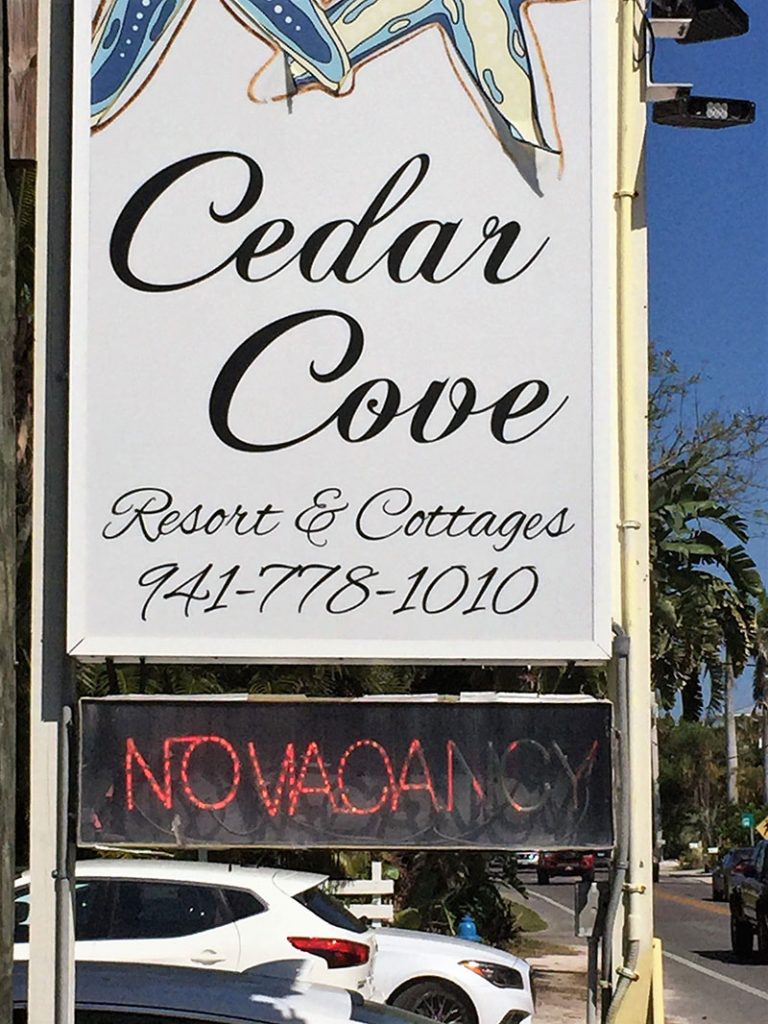 It seems if it’s not one thing it’s another.

Tourism on Anna Maria Island bounced back after the red tide siege of 2018 and outperformed previous years of resort tax collections, but now businesses are facing the coronavirus crisis — COVID-19.

Elliott Falcione, executive director of the Bradenton Area Convention and Visitors Bureau, has weathered hurricanes, red tides and other disruptions to the flow of business in Manatee County. Now he is negotiating messages dealing with a novel virus with no precedent.

“We are communicating daily with the county emergency management, the state health department and the Centers for Disease Control so we can effectively and accurately communicate to our tourists,” Falcione wrote to The Islander March 12.

“Like all adverse occurrences, we will always be transparent and honest with the marketplace,” he continued.

On March 11, President Donald Trump announced a 30-day travel ban for most European countries. It began March 13 at midnight and applies to all foreign-born people who have been in Europe within the past 14 days.

Trump also announced on March 14 the extension of the travel ban to the United Kingdom and Ireland beginning March 16. The ban does not apply to U.S. citizens or legal permanent residents and their families.

Mark Stuckey, senior vice president and chief operating officer of the Sarasota-Manatee International Airport told The Islander in an email the travel ban will only have a “slight impact on SRQ as the majority of international passengers using SRQ are domestic.”

Jen Bowman of Keller Williams on the Water, with offices in Holmes Beach and Bradenton Beach, deals in rentals, as well as homes for sale.

Bowman told The Islander March 13 they saw some cancellations on rentals due to coronavirus.

“I think some people are afraid to travel and we have had at least one cancel due to the European travel ban. We are refunding because we feel it’s the right thing to do,” she said.

“It will only be covered if they took the full insurance and not just medical, which does not cover it,” she said.

Bowman said she’s confident the cancellations would be booked by other vacationers..

“I see people on Facebook still looking for lodging for spring break on Anna Maria Island,” she said. “We are optimistic.”

Meanwhile, Falcione said the BACVB had a third-party organization monitoring short-term rental cancellations and she expected a report in a few weeks.

“We have a steady business coming into our community and we believe that our statewide business will remain strong,” Falcione said.

On AMI, Sherman Baldwin of the Bradenton Beach Area Merchants sent a news release March XX saying the members are open for business.

“You just need to take a short ride to Bradenton Beach. Add to it our pristine beaches, parasailing, boat tours, boat rentals to putt-putt golf, we have it all,” Baldwin stated.

In an effort to reassure locals and travelers, Publix Super Market chief executive officer Todd Jones issued a statement March 12 concerning actions the stores are taking to safeguard grocery shoppers, including a heightened disinfection program in all stores, keeping supplies on shelves and using alternative shopping methods, such as delivery for those people who need such measures.

On March 13, Publix announced stores would close nightly at 8 p.m. to allow for sanitation and restocking, but toilet paper, bleach, hand-sanitizer and wipes remained scarce on the shelves.

As for tourism promotions, Falcione said the BACVB “will evaluate all other markets outside of Florida weekly so we know whether or not to continue to advertise our destination at this point in time.”

The Anna Maria Island Chamber of Commerce continues to issue updates concerning the coronavirus outbreak. The latest update March 13 announced the activation of a business damage assessment, with a link to the survey for local businesses.

“We continue to reach out to our businesses,” chamber president Terri Kinder said March 16, adding that the Beach ‘N Food Truck Festival was postponed indefinitely and the chamber’s tourism at the Manatee Public Beach was closed to “protect our workers.”