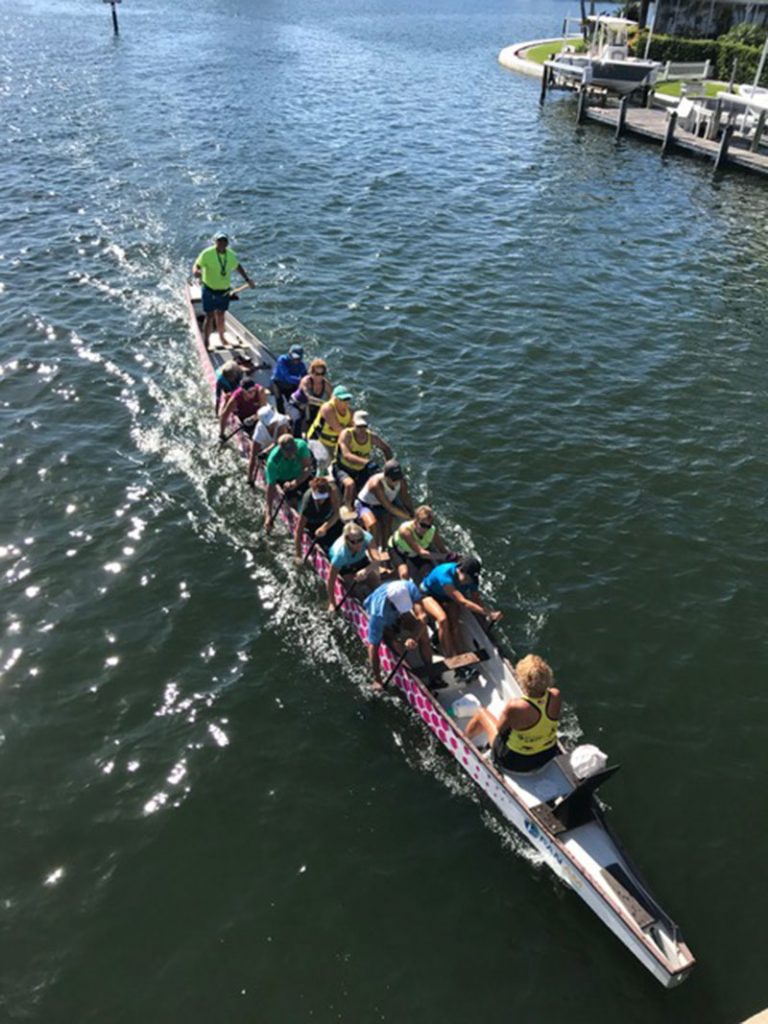 Playoff action got started Feb. 25 in the 8-10 division of the youth flag football league at the Center of Anna Maria Island, while the 11-13 and 14-17 divisions just ended their seasons.

Cool Today evened its record at 3-3 and stayed alive with a 26-12 victory over Beach Bums to open 8-10 playoff action behind a huge game from Peyton Hovda. Hovda ran for three scores, while also adding a touchdown pass to Chad Nunez, two 2-point conversions and a pick six in the victory.

Dennis Gallagher led Beach Bums in the loss with a pair of touchdown passes to Jesse Zaccagnino and Hayden Eurice.

Diamond Turf eliminated Rays Ramblings 26-20 behind Carson Clover’s two touchdown passes and a touchdown run. Mason Moss contributed a TD run of his own, while also adding two TD receptions and a pair of extra points in the victory.

Rays Ramblings was led in the loss by Jack McCarthy’s two touchdown passes and a touchdown run. Joseph Bramurov and Kellan Hunt both added TD catches.

The last of the night 8-10 playoff game saw No. 2 seed HSH Designs cruise to a 32-6 victory over No. 7 Swordfish Grill behind a strong all-around game from Connor Samblis. Samblis ran for two scores, caught a touchdown pass and an extra point, while also adding a pair of interceptions on defense, including one that he took to the house for a TD. Charlie Neri had a touchdown pass and Lucas Signor ran for a TD to complete scoring for HSH Designs.

Swordfish Grill was led in the loss by Tory Jones, who threw a touchdown pass to Cale Rudacille.

Regular season action in the 11-13 division wrapped up with Solid Rock Construction edging Slim’s Place 18-12 to lock up the No. 2 seed, while Progressive Cabinetry cruised past Ugly Grouper to lock up the top seed.

Solid Rock Construction turned its attention to a 6 p.m. March 3 matchup with No. 3 Slim’s Place. No. 1 Progressive Cabinetry will take on No. 4 Ugly Grouper in the second semifinal game at 6:45 p.m.

The 14-17 division playoffs got started Feb. 25 with a wild card play in the game between No. 5 Gulf Drive Cafe and No. 4 Ugly Grouper. Gulf Drive Cafe outscored Ugly Grouper 38-26 behind three touchdown passes from Anthony Nguyen to Joey Bivona. Bivona added to the offense with a pair of pick-six interceptions.

Three teams emerged from pool play and battled it out for the day’s bragging rights during Feb. 26 horseshoe action at the Anna Maria City Hall horseshoe pits.

The team of Steve Doyle and Bob Brown drew the lucky bye into the final and watched as Bob Heiger and Rod Bussey edged Bob Rowley and Tom Skoloda 21-20. The Heiger-Bussey team stayed hot and cruised to a 21-4 victory over Doyle-Brown.

Four teams advanced to the knockout stage during Feb. 29 action. The first semifinal match saw Dom Livedoti and Bussey eliminate John Crawford and Bob Lee 23-19, while Bob Mason and Del Reese advanced with a 23-12 victory over Heiger and Adin Shank. The finals saw Bussey complete a sweep for the week, as he and Livedoti rolled to a 23-13 victory over Mason and Reese.

Golf action at the Key Royale Club in Holmes Beach got started the week of Feb. 24 with the men playing a nine-hole modified-Stableford system match.

Larry Davis grabbed individual bragging rights with a plus-4, a point ahead of Dean Christensen and John Kolojeski.

Davis and Kolojeski teamed up with Mike Clements and Jim Watt to win the team competition with a combined score of plus-7.

The women took on the course Feb. 25 in a nine-hole individual-low-net match in three flights.

Roxanne Koche carded a 5-under-par 27 to cruise to the top spot in Flight A. Mary Lou Dreier was alone in second place with a 2-under-par 30, while Betsy Meyer took third with an even-par 32.

Jana Samuels, Sue Christensen, Barb Harold and Billie Jean Pinson all fired 2-under-par 30s to finish in a four-way tie for first place in Flight B. Annette Hall took second with an even-par 32.

The men were back on the course Feb. 27 for a nine-hole scramble. The team of Jon Holcomb, Dale Hudson, Chuck Patrick and Al Waal combined on a 6-under-par 26 to earn clubhouse bragging rights for the day.

Chet Hutton, John Kolojeski, Eric Lawson and Bob Soos were a stroke back in second place.