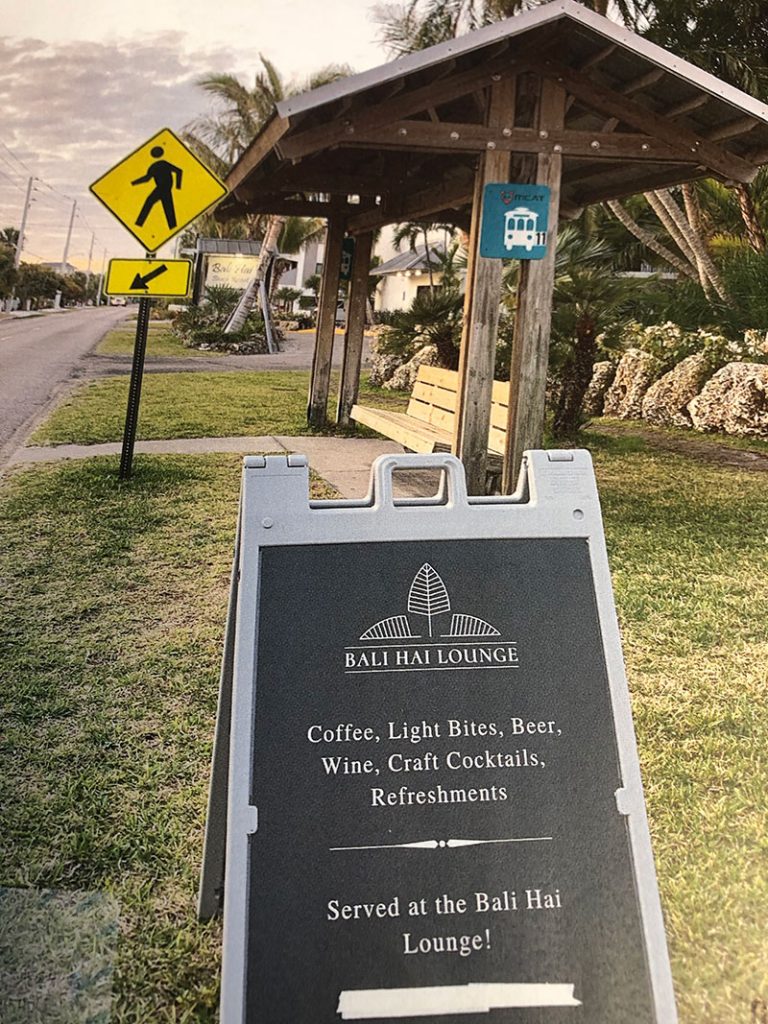 Since then, the motel, originally built in 1971, has undergone updates and renovations, including to a small bar and kitchen in the pool area.

The city issued a notice of violation March 9 for a sandwich board sign in front of the resort. The sign advertised the lounge, but signage for a business without a city license and signage in the right of way are not allowed in the city.

The sign was removed, but a different sign, with similar verbiage, was placed the next day on the beachfront at the resort.

That sign also was taken down and Kaleta was issued another notice of violation.

According to Louis Najmy of the Najmy Thompson law firm in Bradenton, representing Bali Hai, the owner’s intention was to create a lounge for guests, not the public.

“The resort was only selling to guests in keeping with the restrictions and requirements contained in the notice and I believe it was just a misunderstanding,” Najmy said March 11.

He added that the previous owners, Bali Hai Corp., a company managed by David and Alan Bouziane, had sold alcoholic beverages to guests for many years, before licenses were required by the state.

Mayor Judy Titsworth said March 11 that the former owners did not have a business tax receipt to operate a lounge.

“I can’t allow a continued illegal use,” she said. “If they had a business tax receipt, it would have been grandfathered in. But if they did it, it was under the radar.”

The resort was built before 1989, when comprehensive plans and land development code regulations were adopted, and prior to licensing for hotel bars.

“It’s a new use, so it requires a site plan review,” Titsworth told The Islander following the meeting.

The resort is within the A-1 zoning district, which allows for a gift shop, bar and restaurant as an ancillary use, as long as it is secondary to the operation of the hotel or motel where it is located.

According to the mayor, anything larger than a single-family home or duplex in the A-1 district requires a site plan if it involves a new use. She said the city must evaluate parking based on number of seats at the lounge.

“That has to do with density, which is dictated by our city charter, so it can’t be touched,” Titsworth said.

She added that Kaleta has been issued several other notices of violations over the course of the remodel, including the interior demolition of a residential unit for offices without a permit and the removal of railings.

Titsworth said Kaleta agreed to do a site plan.

In the meantime, the city is allowing resort guests to be served in the lounge.

“If he violates that, we’re probably going to pull that, too,” she said. “I wish he would read our city codes and figure out how to proceed without breaking the rules.”

Kaleta did not respond to a request for comment.