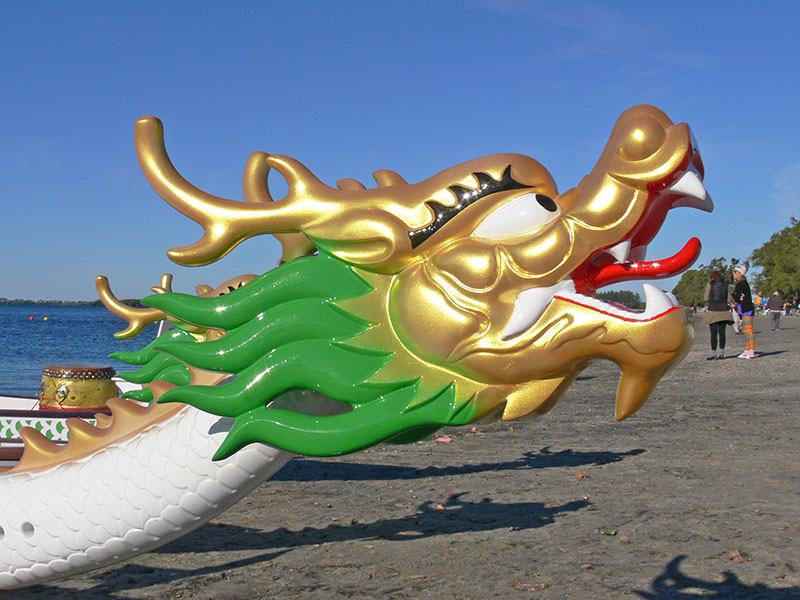 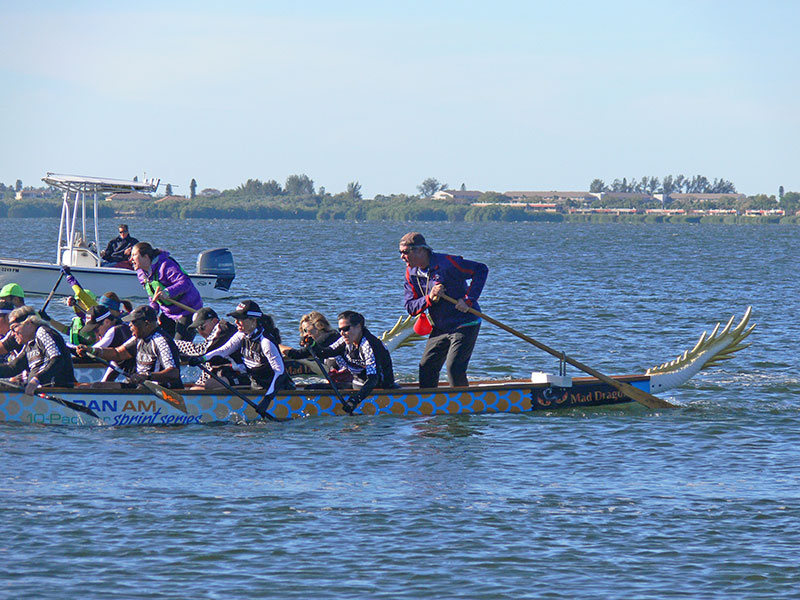 The Invictus Paddling Club competes in an early race at the Anna Maria Island Dragon Boat Festival on the Palma Sola Causeway. The Mainsail Vacation Rentals Team prepares to race in a 200-meter contest at the Anna Maria Island Dragon Boat Festival. 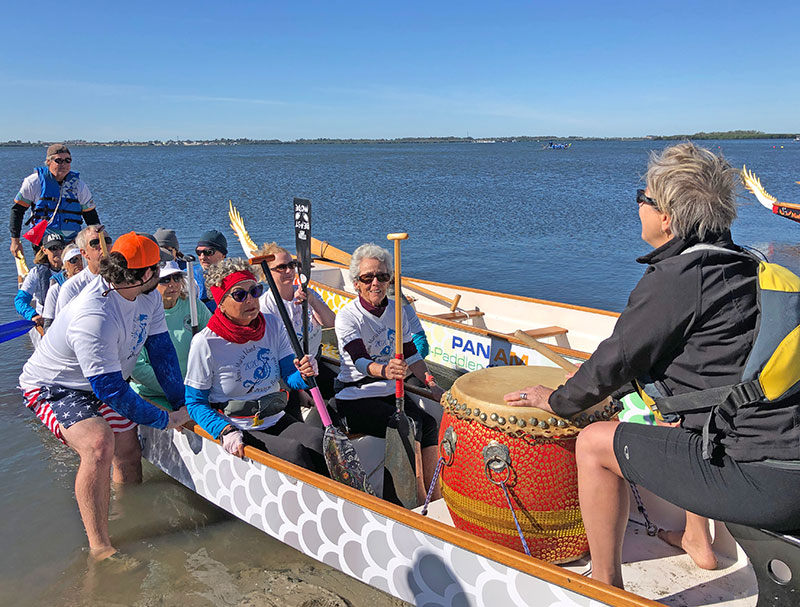 Members of Holmes Beach Mighty Dragons shove up in their boat to compete against Mainsail Vacation Rentals and Longboat or Bust! in a 200-meter race on Palma Sola Bay. Longboat placed first, Holmes Beach second and Mainsail third. 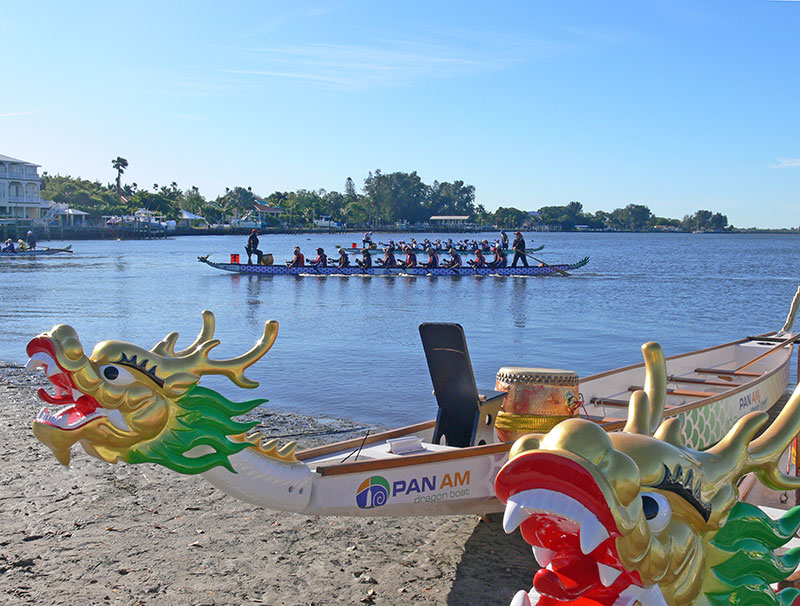 Paddlers ready for a race while dragon boats await teams at the first Anna Maria Island Dragon Boat Festival. Race day was March 7, when 48 teams, plus some local “community teams,” assembled on the Palma Sola Causeway to compete. 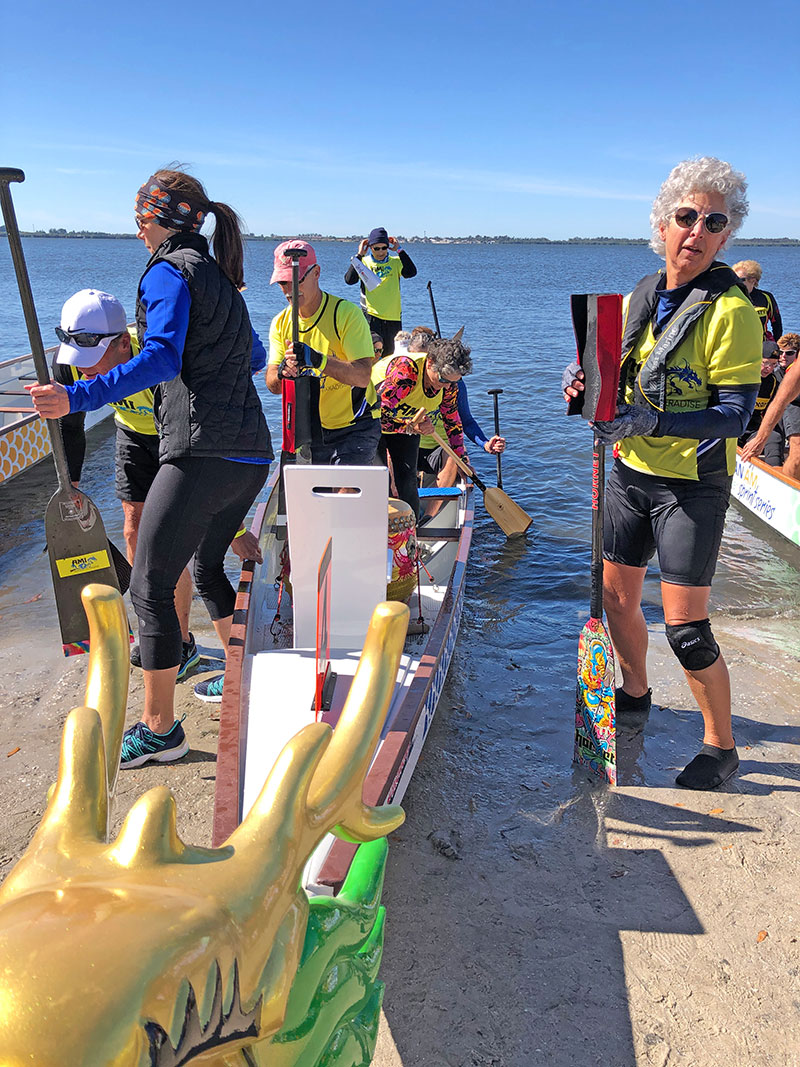 AMI Paddlers from Paradise step out of their dragon boat after competing in a 500-meter race in Palma Sola Bay. The island-based team also hosted the daylong festival.

They came to socialize, celebrate and slay.

And the paddlers who competed March 7 in the first Anna Maria Island Dragon Boat Festival on the Palma Sola Causeway beach also did some shivering on the windy, chilly Saturday, as did the friends, family and curiosity-seekers who showed up to cheer them from start to finish.

The island-based AMI Paddlers from Paradise hosted the Pan Am Dragon Boat event, months in the making, as well as competed and won bling.

Paddlers from Paradise brought 48 teams from throughout the southeast United States to compete in 500- and 200-meter races.

In addition, participants and racing fans brought nonperishables to donate to the Food Bank of Manatee.

Organizer Melinda Bradway of AMI Paddlers described the festival, with more than 500 paddlers, as “fantastic” and provided some results of local interest the day after::

Bradway said the festival was the second largest in the Southeast.