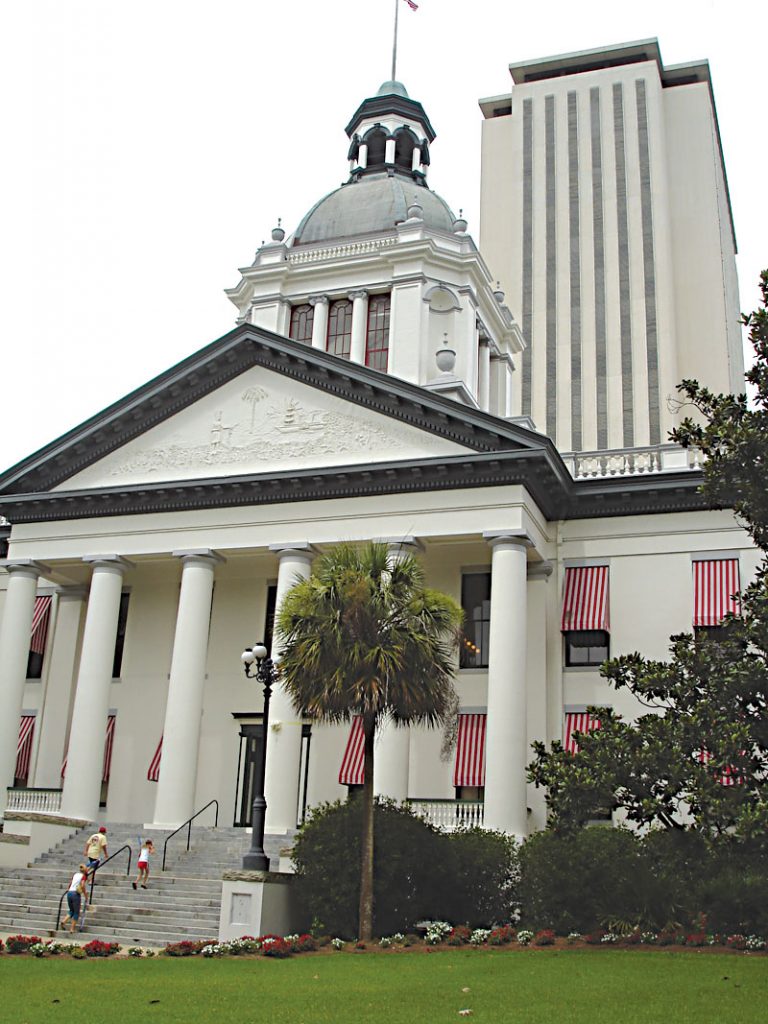 The Old Florida Capitol and the newer high-rise Capitol.

March 13 was supposed to be the last day of the legislative session in Tallahassee.

However, the session was extended to compile the budget, address the spread of COVID-19 and deal with concerns in Florida Health Department funding.

Lawmakers say they need time to consider the more than $91 billion budget for the 2020-21 fiscal year that begins July 1.

Holmes Beach lobbyist Martha Edenfield said March 12 that the tentative plan was to publish a budget without the budget-related bills and wrap up legislation March 13. Then, once the budget is inked, the Legislature would take a constitutionally mandated “cooling off” period on the budget.

Session is set to resume March 18, press time for The Islander, for votes on the budget and related bills.

“That said, I would think that things could change,” Edenfield wrote The Islander March 12. “Especially with all of the concerns regarding travel.”

However, according to Edenfield, it appears bills that were most troubling to island officials could be dead on arrival for the 2020-21 budget.

House Bill 1011 filed by Rep. Jason Fischer, R-Jacksonville, and Senate Bill 1128 filed by Sen. Manny Diaz, R-Hialeah, would preempt regulation of vacation rentals to the state, but the bills have not progressed to a vote.

“As session starts to wind down today, the vacation rental bills … are not available to be voted on,” she wrote The Islander March 13. “The Senate Bert Harris bill remains in the Senate Rules Committee and is likewise not available for a vote.”

Anna Maria, Bradenton Beach and Holmes Beach have developed regulations for trash, noise, parking and occupancy issues at vacation rentals that would be eradicated if the bills are passed.

However, in an alert early March 14, the Senate reported SB 1128 “indefinitely postponed and withdrawn from consideration.”

Another bill of concern, House Bill 519, filed by Rep. James Grant, R-Tampa, would amend the Bert J. Harris Jr. Private Property Rights Act would revise notice of claim requirements and authorize property owners to bring claims against governmental entities without a formal application process, but the bill appears to be dead.

The House reported HB 519 had been withdrawn from consideration March 14.

Holmes Beach Commissioner Jim Kihm, the commission’s legislative liaison, said March 13 that he has been closely monitoring the bills and is pleased to see they will not be a threat — for now.

“My fingers are crossed that we dodged a bullet again this year,” Kihm said.

However, he said he wants to be prepared for what may arise in the 2021 session.

“My question is: Can we do anything to be more effective next year?” Kihm said.

He said at the ManaSota League of Cities March 13 meeting, the group announced that Scott Dudley, Florida League of Cities legislative director, would speak about the 2020 session at the next MSLC meeting at 9:30 a.m. Thursday, May 14, at Longboat Key Town Hall, 501 Bay Isles Road, Longboat Key.

The ManaSota League of Cities is a group of nine city officials, each representing one of the municipalities in Manatee and Sarasota counties, that meet bimonthly to discuss issues affecting the cities.

“It will be really helpful to hear from the state league about what we can do, as a community, to be better prepared to face this struggle again in 2021,” Kihm said.

“We are facing a war of attrition here.”