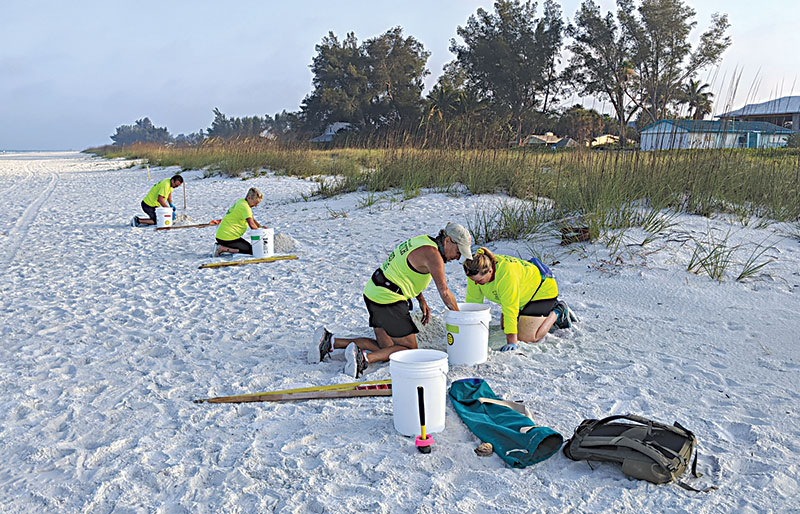 AMITW volunteers place eggs in hand-made nests May 21 on the beach in Anna Maria. The eggs were relocated from Holmes Beach due to an upcoming renourishment project that will pump fresh sand from offshore to the beach from 78th Street to Longboat Pass. Islander Photo: Courtesy AMITW 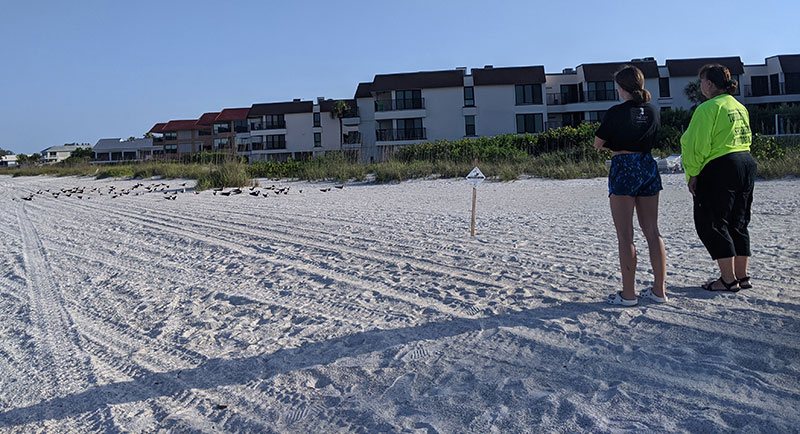 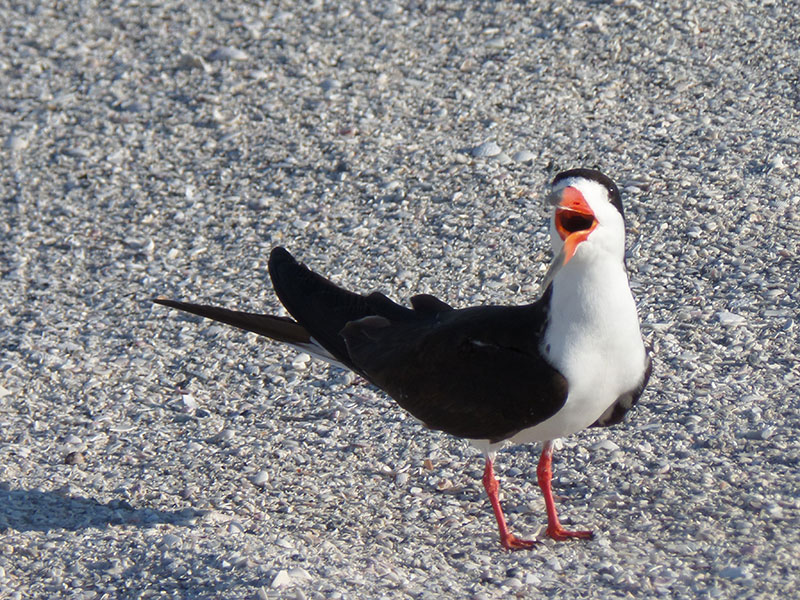 A black skimmer squawks on the beach in Bradenton Beach. Islander File Photo

People expect turtles to be slow.

“We’re a little behind this time last year,” Fox said May 21. “But there is still plenty of time.”

As of May 21, AMITW reported 34 loggerhead nests on island beaches within the Manatee County beach renourishment project zone, which extends from 78th Street in Holmes Beach south to Longboat Pass.

On the same day in 2019, there were 51 nests reported islandwide.

Fox said the lower numbers could be due to the red tide crisis that overlapped with the 2018 nesting season. She said it was supposition on her part, and scientists would not know the effects of the 2018 red tide bloom until several more years of research are conducted. But based on the number of mature females — and loggerheads reach sexual maturity at about 35 years old — that died from red tide in 2018, nesting numbers could be lower in 2020.

“It would be terrible if we lost that many of our girls to red tide,” Fox said. “Right now, there is no clear reason for low numbers. Hopefully, it picks up in June.”

But Memorial Day weekend, the unofficial launch for summer on the island, closed out the first month of nesting.

This year, with coronavirus restrictions recently lessened, revelers packed the beach the long weekend of May 23-25 and, now into the summer months, visitors to island beaches must share the shoreline with nesting shorebirds and sea turtles.

This means cleaning up trash, filling in holes in the sand and removing beach gear, including chairs, canopies and inflatables at the end of the day, according to standards set by the Florida Fish and Wildlife Conservation Commission and reinforced by city codes.

A scoop of about 100 black skimmers — black-and-white birds with a splash of orange on their beaks — was starting to mate the week of May 25.

These birds must not be disturbed, according to Fox.

“It would be really great to have a nesting colony,” Fox said. “So we really want people to give the birds a wide berth and not chase them.”

Fox said AMITW planned to place signs warning people to distance themselves from the skimmers.

Female sea turtles only venture ashore to nest, so any objects — including people — in their path can distract them and lead to a failed nesting attempt — a false crawl.

Flashlights and cellphone lights from people walking the beach at night also can be distracting for sea turtles.

“Following nesting sea turtles with your phone is a no-no,” Fox said. “People need to stay back 100 feet.”

In 2019, AMITW broke its record for loggerhead nests with 535 loggerhead and nine green sea turtle nests by the end of season. Fox is hopeful this will be another record-breaker for island sea turtles.

“Nesting could pick up any day now,” Fox said. “So people must remember to be on their best behavior and clean up after themselves. Our wildlife depends on it.”

Report sick, injured, endangered, entangled or dead sea turtles to the FWC Wildlife Alert Hotline at 1-888-404-3922, #FWC or *FWC on a cell phone or text tip@myfwc.com.

For more information about turtle watch, Fox can be reached during the day at 941-778-5638 or visit islandturtlewatch.com.