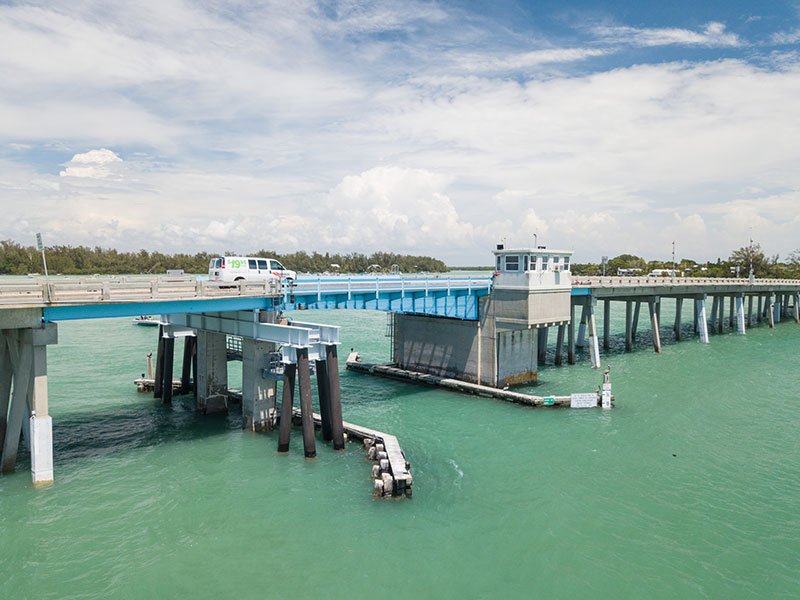 The Longboat Pass Bridge carries vehicles from the southern tip of Bradenton Beach to the north end of Longboat Key. The bascule bridge opened in 1957. Islander File Photo: Jack Elka

Bradenton Beach — Changes may be in store for the Longboat Pass Bridge.

Florida Department of Transportation director of development John Kubler emailed Manatee County officials June 18 to announce the DOT has begun a project development and environment study for the bridge, which connects Bradenton Beach and Longboat Key.

Options explored in the study will include repairs to the bridge or replacing it with either a high-level fixed bridge or a “moveable” bascule bridge.

The DOT is required by the National Environmental Policy Act to conduct the study, which will assess the potential impacts of the proposed improvements.

Design, right-of-way acquisition and construction phases for the project have not been funded.

Along with the study, the DOT is launching a public involvement program.

Kubler said the DOT will host several public events to collect input and educate people on the options. He added that newsletters with more information will be mailed to property owners and officials.