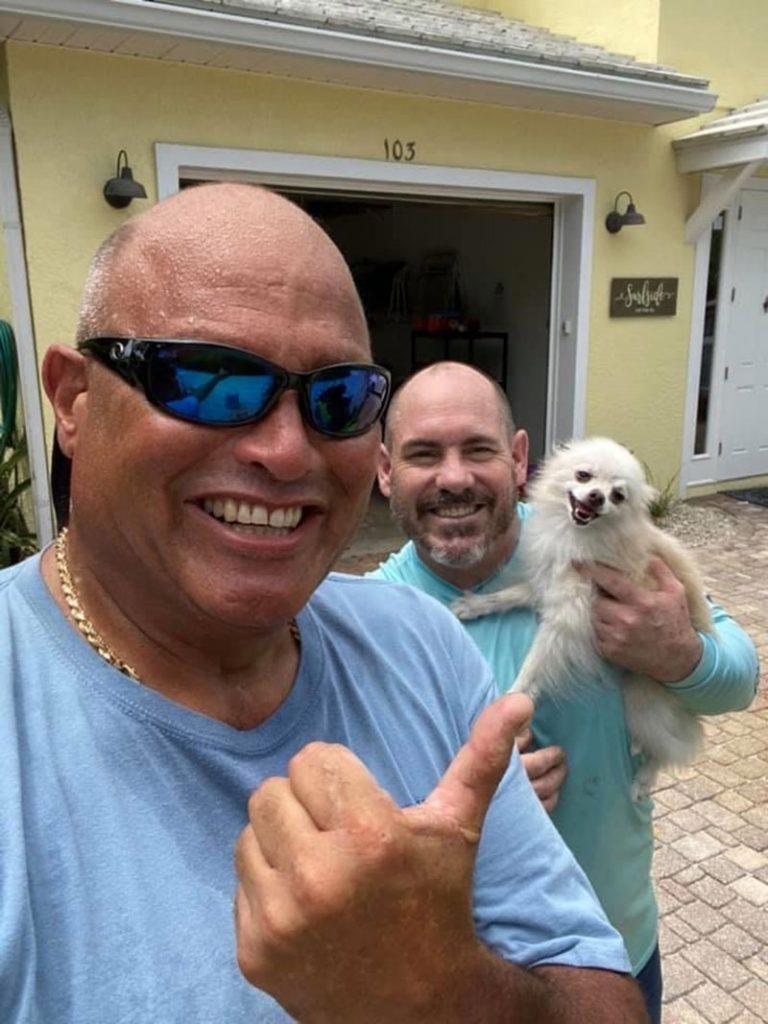 Her name may be Snowball, but she was lucky July 22 when Mark Howard found her roaming the 69th Street neighborhood in Holmes Beach.

Snowball, a Pomeranian, left a backyard pool enclosure July 21 when no one was looking and her people, Tura and Kevin Trendy, began to search until it became too dark.

“At one point, I had my eyes on her,” Tura Trendy told The Islander, “and she ran the other way.”

The search resumed the next day after Tura posted a flyer to an island-related Facebook page.

Howard, a retired fishing guide, was home “in the AC” when he saw the post and decided to hop in his golf cart and join the search for Snowball.

“After some chasing and coaxing, bam, (Kevin) and I slid up on her. We both jumped out of my cart and the picture is the result,” Howard posted to his Facebook page.

“Made my day to help. Islanders helping islanders.

“P.S. I am very good at hunting, be it fish or four-legged animals! LOL.”

Tura Trendy said Snowball is 10 years old but hasn’t lived with her for that long. She was her mother’s dog until she passed away, and then her step-father’s dog, until he also died a few months ago.

With family visiting, including grandkids, maybe Snowball decided to go look around the neighborhood for some peace and quiet, Tura said.

Snowball is a lucky dog to have a friend in Howard, a good home and owners who went the extra mile to recover her.