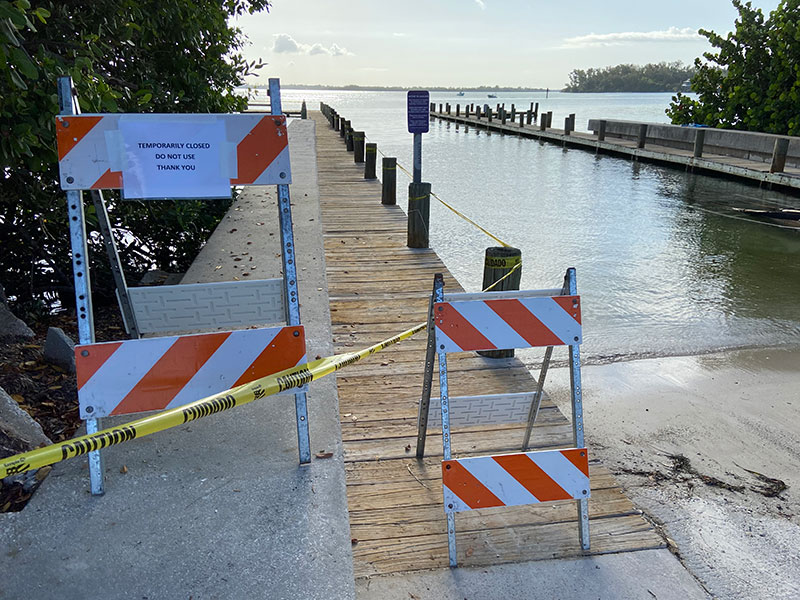 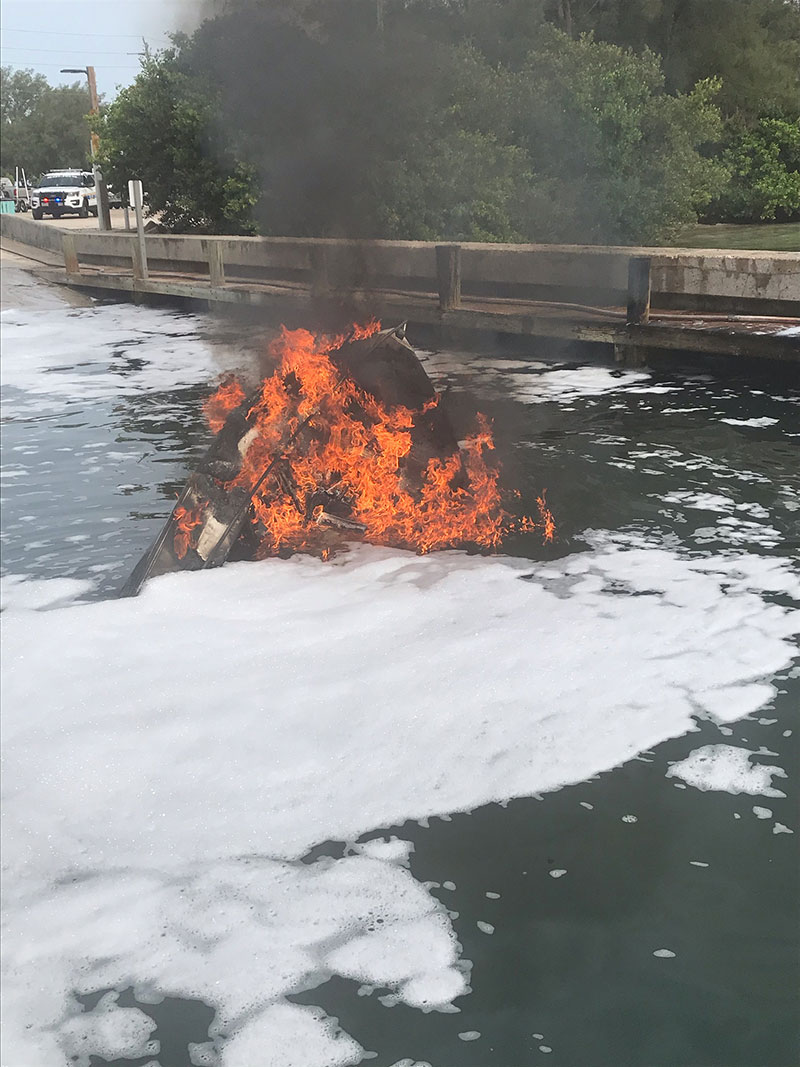 A burning boat, which reportedly suffered a “mild explosion,” sinks June 28 into the water at the end of the Coquina Beach South Boat Ramp in Bradenton Beach. Islander Courtesy Photos: WMFR 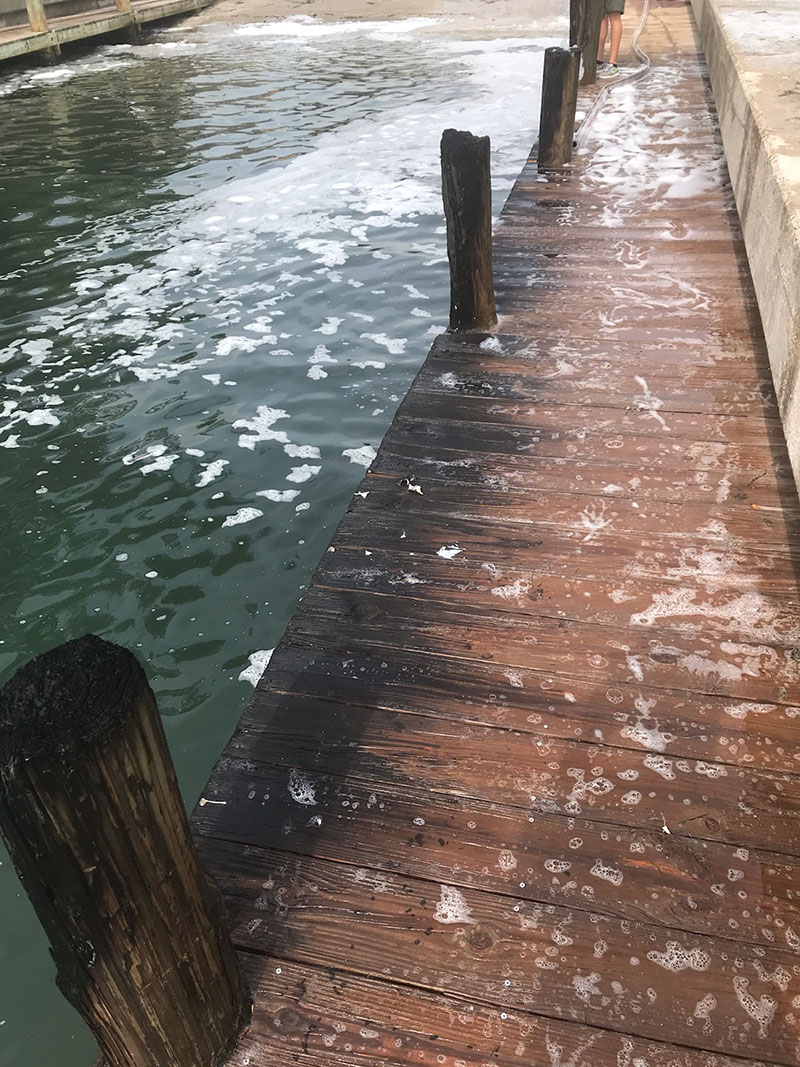 The northern dock at the Coquina Beach South Boat Ramp sustained burns June 28 when a boat caught fire and bumped into the dock. The dock remains closed until its structural integrity can be ensured.

COQUINA BEACH – An explosion at Coquina Beach wasn’t planned for the Fourth of July.

He said none of the boaters sustained injuries.

WMFR responded to the scene and sprayed “wet water” foam onto the burning boat from the north and south docks.

“Fortunately, from two different sides they got everything put out really quickly,” Johnson said. “The crew was very efficient.”

The boat ramp reopened later that day and a recovery crew removed the sunken vessel from the water.

However, the ramp’s north dock remains closed because it sustained damage when the burning boat pushed into the structure. The dock, along with much of the ramp, was rebuilt in 2015.

Johnson said Manatee County would keep the dock closed until its “structural integrity could be determined.”

“It does look like the dock has some singeing and charcoaling,” Johnson said.

Johnson said WMFR could not determine a cause for the explosion.