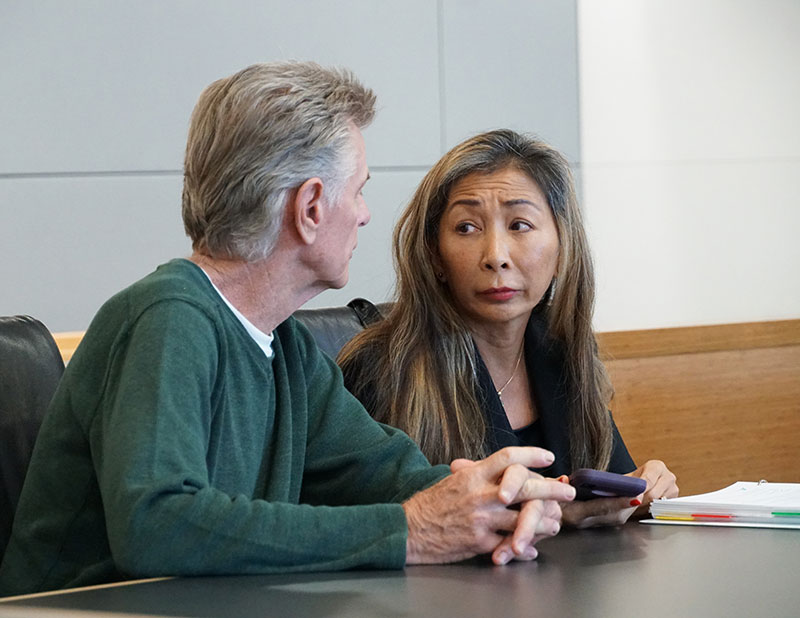 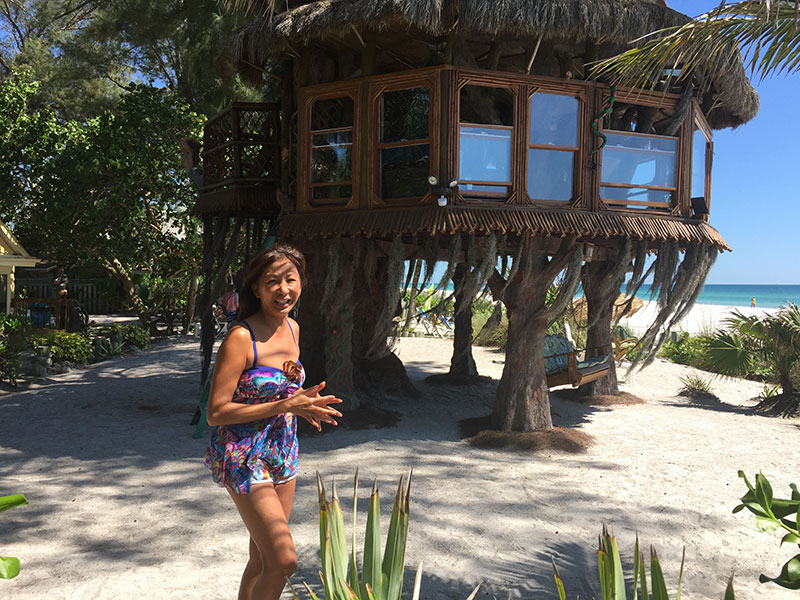 Lynn Tran, standing alongside the treehouse in June 2018 on her beachfront property at 103 29th St., Holmes Beach, discussed her plans for keeping the treehouse with The Islander in spite of efforts by the city of Holmes Beach to have it removed. Islander File Photo

After three amended complaints by  self-represented Lynn Tran and Richard Hazen to challenge the U.S. District Court’s dismissal of their lawsuit against the city of Holmes Beach, the Florida Department of Environmental Protection and a host of other defendants, an appeals court shot them down July 17.

A years-long legal fight has played out in administrative proceedings, state court and federal court over the elevated, two-story, non-permitted beachfront treehouse Tran and Hazen built in an Australian pine tree in 2011 at 103 29th St., Holmes Beach. Tran and Hazen reside at the property, where they also operate a vacation rental, Angelinos Sea Lodge.

According to the decision released July 17 from the U.S. District Court for the Middle District of Florida, Tran and Hazen’s pleadings remained rife with errors after two opportunities to correct them.

In March 2019, they filed a pro se — without legal counsel — complaint in federal district court.

The city filed a motion for a more definitive statement and the court subsequently dismissed the complaint.

The pair filed a new complaint and again the city asked for a more definite statement or dismissal.

That second complaint was dismissed.

The court said Tran and Hazen should seek legal advice before filing a third amended complaint because it would be their last chance.

“The Hazens contend that the district court erred by dismissing their lawsuit … without giving them a chance to fix their mistakes,” the decision says.

“The Hazens are right that the district court did not give them a chance to fix their mistakes — it gave them two. …Instead of fixing the mistakes they doubled down and replaced a shotgun pleading with another shotgun pleading. Instead of following the court’s advice, the Hazens filed a third amended complaint that was as shotgunny as the two that preceded it had been. Three chances are plenty.”

In defining “shotgun pleading,” the decision stated the pair did not specify what claims they were bringing against most of the named defendants.

“Fostering guesswork is not a goal of pleading,” the panel of three judges state in the decision.

“The district court did not demand that the Hazens, as pro se litigants, submit an artfully drafted or flawless complaint, just one that gave fair notice to the people the complaint mentioned.”

Since an anonymous complaint first reported the ongoing construction to the city in 2011, the treehouse has been the subject of proceedings before the city code board, the DEP and the courts, including two decisions in the 12 Circuit Court that were appealed to the 2nd DCA. A hearing was sought and denied by the U.S. Supreme Court.

The owners have been in litigation regarding the treehouse with the city and the DEP since 2013, which the city and state claim was built too close to a renourished beach — within the setback for the state’s erosion control line — and without permits.

The first city victory came after a July 2013 code board fined and ordered the owners to comply with city code or remove the structure — a ruling upheld by a 27-page circuit court decision in September 2014 and later by the appellate court.

The owners say they built the structure after city officials initially told them permits weren’t needed, but that too was disputed and denied in the circuit court.

The city has maintained the structure violated its land-development code, including a 50-foot setback for the erosion control line — a winning argument in the 2014 decision, affirmed in 2015 by the 2nd DCA.

The city has repeatedly prevailed over appeals, including in a November 2019 hearing on a case that started in 2013.

At that hearing, the judge refuted the plaintiffs’ claim that a city ordinance and the state’s setback on the beach amounted to a “taking” without compensation.