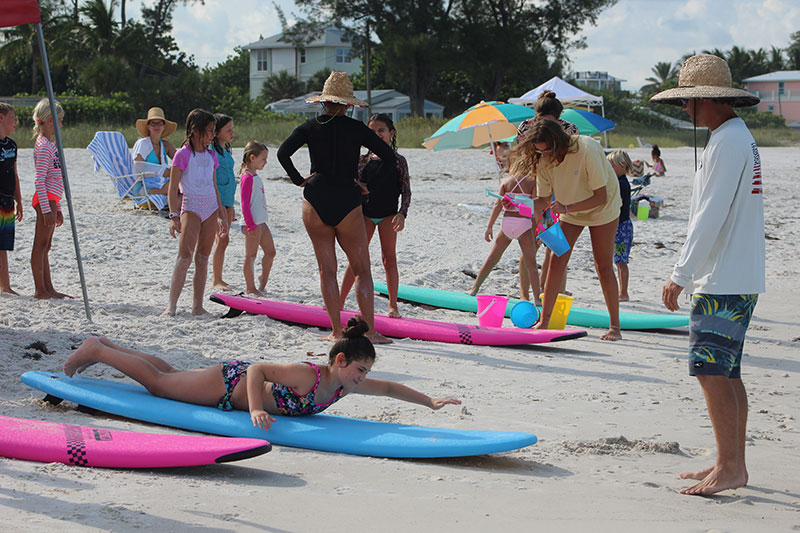 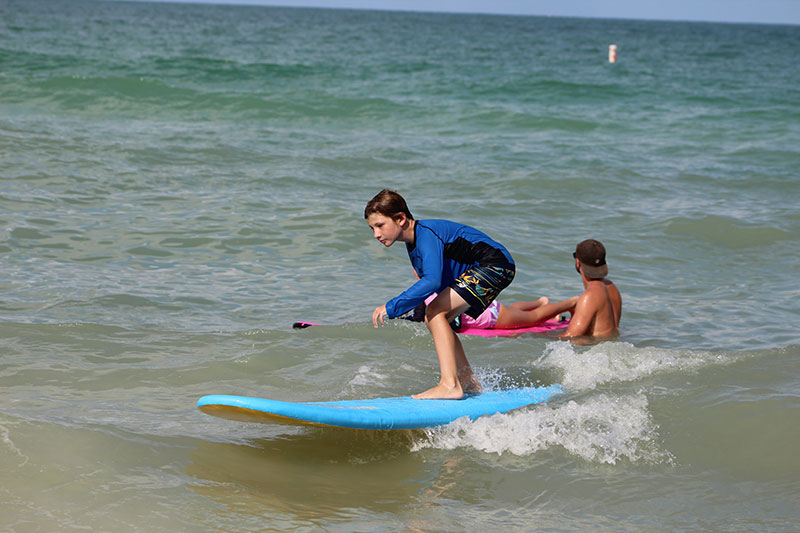 Lukas Howland, 11, of Bradenton, rides a knee-high wave to the beach during the surf shop surf camp. 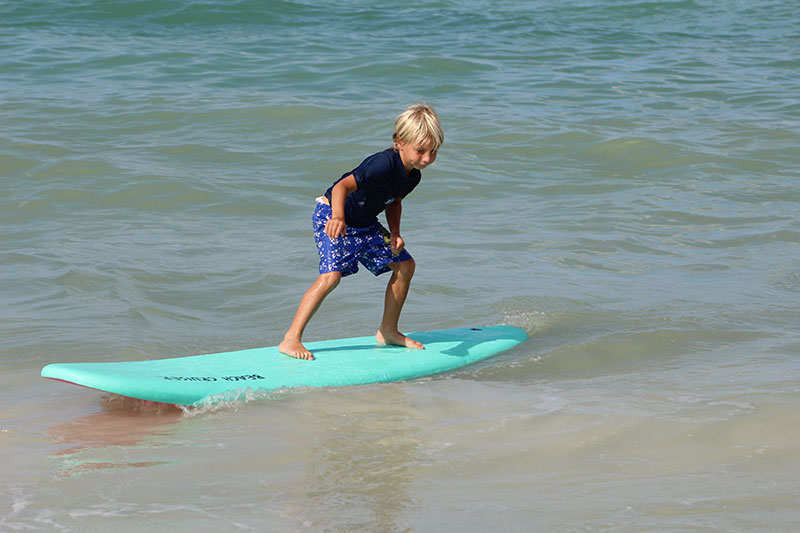 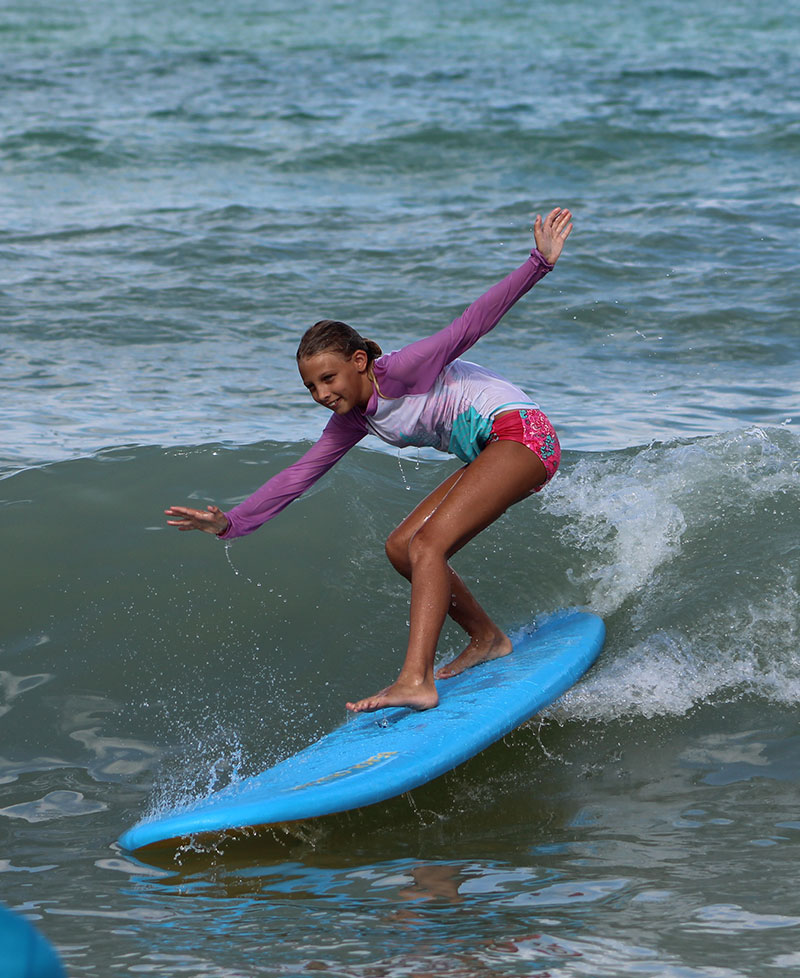 The boys and girls of summer are on a surfin’ safari.

As usual, the camp places an emphasis on water safety, but there’s also attention to sun exposure and skin care. After that, it’s all about learning and having fun while catching a wave.

After going through a dry run on how to paddle and pop up on the board, the groms are pushed into their first waves. On this day, July 14, small waves were pushing onshore, giving the campers a tasty start for their first forays.

Adult soccer back on the pitch

After a nearly three-week absence at the Center of Anna Maria Island to prevent the spread of COVID-19, adult soccer saw four matches July 16.

The action kicked off with Sato Real Estate rolling to a 7-2 victory over Gulfview Windows and Doors behind three goals and three assists from Murat Akay and a goal and two assists from Josh Sato. Connor Bystrom, Hampton and Hakan Toka completed the scoring with a goal each, while Steve Oelfke made five saves in the victory.

Blalock Walters and Vintage Beach battled to a 3-3 tie in the second match of the evening. Ryan Hogan had a goal and an assist to lead Blalock Walters, which also received a goal each from Matthew Staggs and Jessica Williams, while Greg DeMuese made 12 saves to help preserve the tie.

Joey Hutchinson scored a goal and had two assists, while Nick Bouchard and Sean Flynn each added a goal. Dave Greene and Ben Sato combined to make 10 saves in the tie.

The third match saw Moss Builders crush Signature Granite by a 4-1 margin behind two goals and an assist from Aaron Parkin and a goal and an assist from Brent Moss. Tim Holly completed the scoring with a goal, while Daniel Anderson had an assist and Ryan Moss came through with 13 saves in the victory.

Zack Lieb notched the lone goal for Signature Granite, which received eight saves in the loss from Scott Bear.

The last match of the night was another blowout, as Beach Bums rolled to a 6-1 victory over Ross Built behind two goals and an assist from Robbie Fellowes and Kevin Roman. Connor Haughey had a strong all-around game with a goal, an assist and nine saves. Yuri Pereira added two assists and Neil Fellowes made four saves in the victory.

Jake Ross scored the only goal for Ross Built and Max Gazzo made 11 saves in the loss.

No playoffs were needed in the week’s horseshoe action at the Anna Maria City hall horseshoe pits.

On July 15, Bob Heiger and Norm Good were too good, posting the lone 3-0 record during pool play to earn bragging rights for the day.

Brothers Neil and Dave Hennessey teamed up to post the winning 3-0 record for the July 18 games.

Tom Nelson scratched out a plus-5 to earn clubhouse bragging rights for the day.

The women played a nine-hole individual-low-net match in two flights July 14. Helen Pollack fired a 4-under-par 28 to lap the field in both flights.

Marilyn Manzer and Terry Westby both carded 2-over-par 34s to share first place in Flight B.

The men were back July 16 for a nine-hole shamble, with the best two scores from each foursome being counted. First place went to the team of Gerry Dahl, Jon Holcomb, Debi Richardson and Matt White with a score of 3-under-par 61.