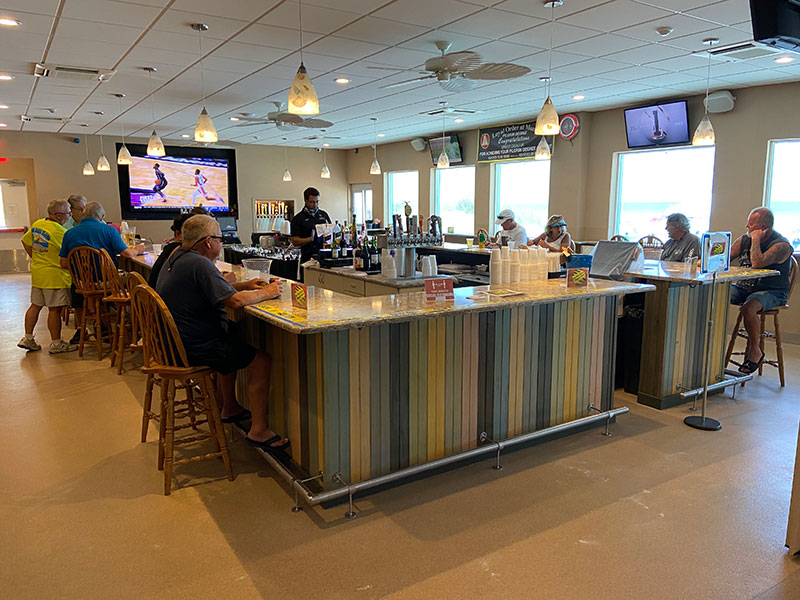 Bar owners on both Florida’s coasts are launching challenges against the state’s suspension of alcohol service at bars.

Joe Cuervo, owner of the Drift In, 120 Bridge St., Bradenton Beach, confirmed July 10 that he and a group of local bar owners, including Bob Tingler, owner of the Anchor Inn in Holmes Beach, would initiate a class-action lawsuit against the state so their businesses could resume operations and recover monetary damages suffered due to the state’s “discriminatory” policies.

“It’s going to be a long process,” Cuervo said. “But we’re the only ones who have been shut down and it’s really unfair.”

A June 26 emergency order from the Florida Department of Business and Professional Regulation prohibited on-premises consumption of alcoholic beverages at bars to slow the spread of COVID-19.

The DBPR amended the order July 1 to allow bars licensed to sell food to resume selling cocktails at their establishments, but five of the island’s seven bars lack food service licenses.

Bars without foodservice licenses — the Drift In, Sports Lounge and Tommy Knockers in Bradenton Beach and the Anchor Inn and D.Coy Ducks in Holmes Beach — were limited to the sale of packaged alcohol and to-go beverages.

Cuervo argued the state order discriminates against bars because it fails to also restrict alcohol sales at restaurants. He said his clientele hadn’t stopped going out to drink, they just went to restaurants instead.

“We’re just being ignored,” Cuervo said. “Nothing is being said or done about anything. We’ve been closed now for two weeks and (COVID-19 infections) are still rising, so the problem clearly isn’t just bars.”

“(Gov. Ron DeSantis) is trying to put everybody in the bar business out of business,” he added.

Cuervo said the group hired an attorney, whom he declined to name, but had yet to file an official legal action.

The Volusia lawsuit is the first known legal challenge filed against the state order.

Weil’s memorandum of law stated, “Any state action that infringes upon civil liberties must closely target the root of the purported crisis … and do so in a fair and balanced way, with special attention to the fundamental doctrines of due process and equal protection.”

The lawsuit also seeks attorney’s fees and “further relief as the court deems just and appropriate.”

The group also filed an injunction asking Judge Leah Case to suspend the state’s order shutting down bars. They asked for an emergency hearing, but a date had not been set as of July 11.

Weil did not respond to a July 10 call from The Islander.

The Anna Maria Island Moose Lodge No. 2188, 110 Gulf Drive S., Bradenton Beach, was the only bar on the island selling alcoholic beverages for on-premises consumption as of July 10.

“I can tell you from the bottom of our hearts that we’re darn glad to be open,” Dalton said. “Our members are also very pleased we’re open again, and it’s great to see them.”

The bar closed due to the DBPR’s June 26 order prohibiting alcohol service at bars but was able to reopen after a July 1 amendment because the business has a food service license.

Dalton said the lodge received a call from the Bradenton Beach Police Department July 3 notifying the business it could reopen, and the establishment proceeded July 6 with full service for members — members only, according to an online newsletter.

“Financially, we can always do better,” Dalton said. “But we’re open. We’re putting money in the bank at this time and that’s a good thing all around.”

However, Boniberger said he’d prefer the state reopen all bars with strict safety measures rather than differentiate between those that have a food service license and those that do not.

“I say let them reopen, but they have to follow the rules and the state needs to follow up and check them,” he said. “They can’t check them all, though, and that’s the problem.”

Boniberger said the lodge implemented safety measures to prevent the spread of the coronavirus inside the bar, such as requiring that staff wear face masks and frequent sanitizing procedures.

Dalton said the lodge stressed safety from the start of the pandemic because its membership consists primarily of older people who may be more vulnerable to the virus.

He added that he was concerned about the lack of safety measures practiced at some other bars in the area, which he refused to name.

The Doctor’s Office, 5312 Holmes Blvd., Holmes Beach, also has a food service license, according to the DBPR website, www.myfloridalicense.com, but owner Sean Murphy has said he would restrict the business to take-out service until he sees improvement in the COVID-19 pandemic.