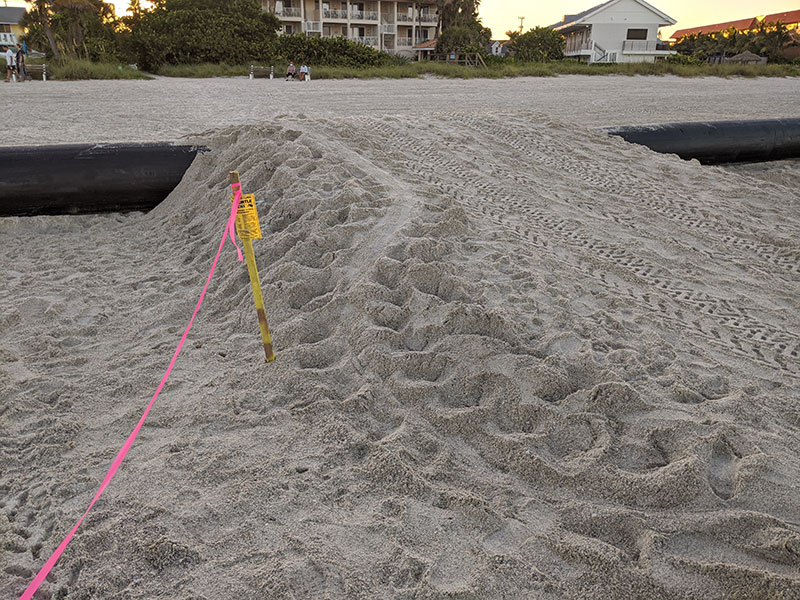 Tracks on a sand ramp leading over a renourishment pipe indicate a sea turtle crawled onto the beach but returned to the Gulf of Mexico without nesting. Islander Photo: Courtesy AMITW 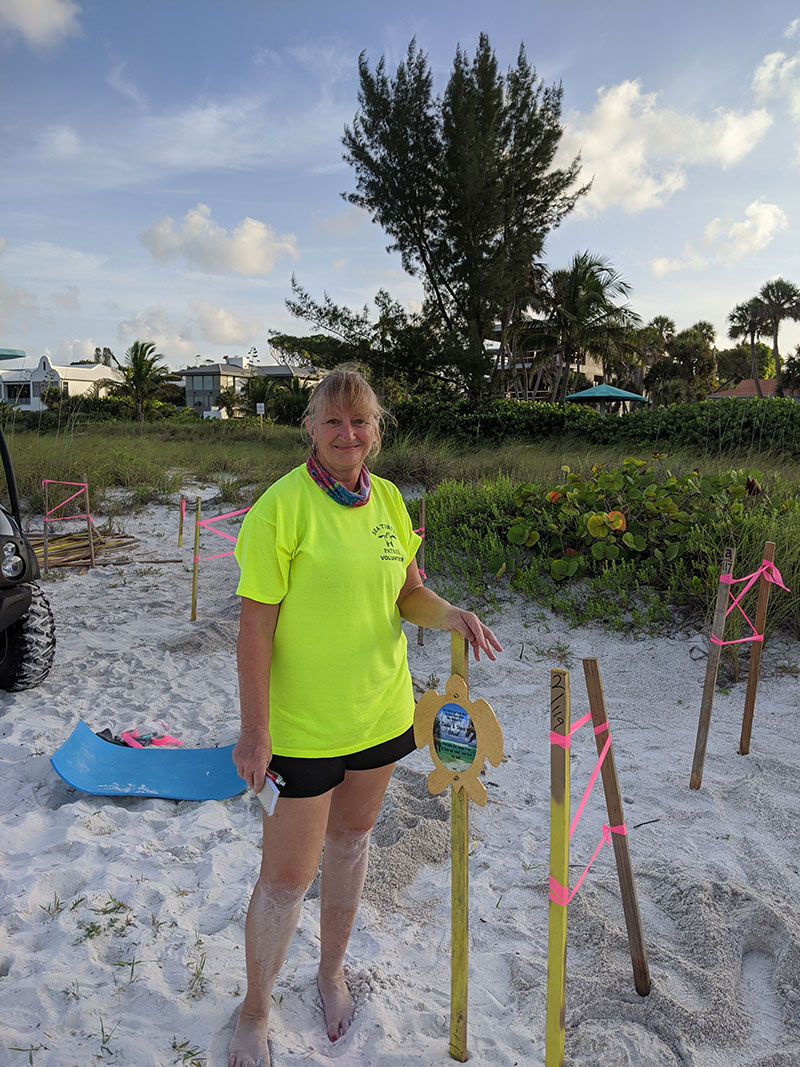 The shift from nesting to hatching has occurred.

Starting in late-April this year, mature female sea turtles began crawling ashore to lay eggs in sandy pits dug into the beach. Following 45-70 days of incubation, hatchlings emerge from the clutch — about 100 per nest — and crawl to the Gulf of Mexico to begin their cycle of life.

However, this year, Mother Nature’s plan was interrupted by beach renourishment and eggs in nests laid in Bradenton Beach and Holmes Beach were retrieved by AMITW volunteers and placed in hand-dug nests in Anna Maria.

“The turtles might be slow, but renourishment is going faster than expected,” Fox said, adding that the project was a couple of weeks ahead of schedule.

The plan included leaving nests where they were laid on renourished sand.

“The biologists we work with say that they have not nested on the renourished sand because it is still too wet,” Fox said.

She said there have been multiple false crawls — when a turtle leaves the water and crawls ashore but returns without nesting — in the renourishment areas, including a turtle that crawled up a ramp in the sand over a pipe, then returned to the Gulf without nesting.

Fox said another turtle dropped its eggs along the shore before returning to the water.

“The turtles that come ashore and decide the sand is too wet likely just nest a little further away,” Fox said.

As of July 24, turtle watch had documented and relocated 320 nests to the beach north of the project.

Fox said the hatch rate was a little less than usual since some nests in the relocation zone were washed over by rain and tidal surge generated in early June as Tropical Storm Cristobal moved through the Gulf of Mexico.

Overall, Fox is pleased with how the hatch portion of season has proceeded.

“Never say never,” she said. “Even with the challenges of renourishment, the sea turtles of Anna Maria Island are doing great.”

For more information about turtle watch, people can visit the AMITW website at islandturtlewatch.com, or contact Fox at 941-778-5638 or suzilfox@gmail.com.