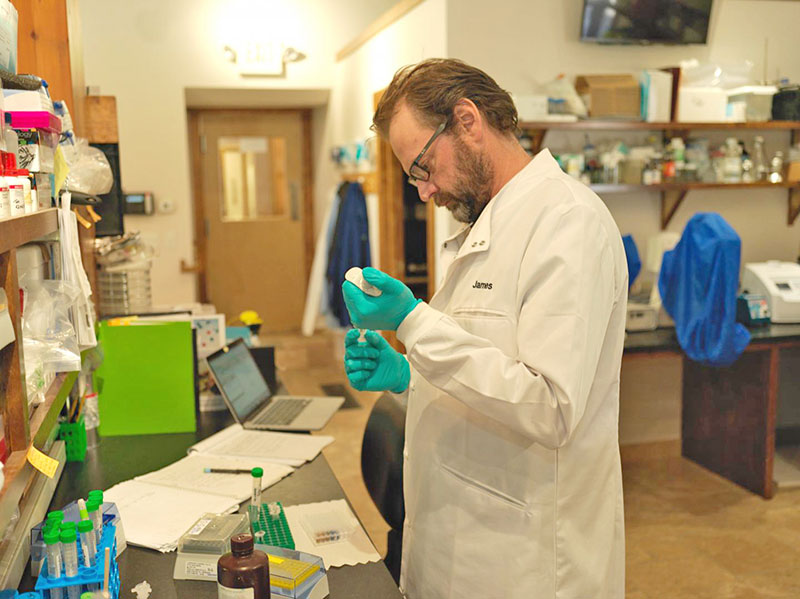 Longboat Key continued sampling and testing in Sarasota Bay following a sewage spill from a break in its only line carrying wastewater from the key to the mainland treatment plant.

The break occurred about 350 yards inland, on undeveloped land at Long Bar Pointe, a project of homes, condos and commercial properties being developed by Carlos Beruff.

For 12 days, before a swath of mangrove forest was cleared to reach and repair the system June 30, an undetermined amount of sewage spilled — the earliest estimate was 26 million-28 million gallons.

“It is likely some of the effluent may have reached the bay, but the environmental consultant did not observe any obvious evidence of a plume or discharge from the undeveloped property into the water where the pipe is located,” town manager Tom Harmer told The Islander July 24.

The consultant, Environmental Science Associates, tested water at multiple locations in the bay on different days, analyzing the water for fecal coliform and enterococci bacteria and conducting tests to detect “human-source material.”

The town reported July 24 that microbial source tracking found no human-source material in the bay nearest the spill and no such material along the pipeline route that lies under the Intracoastal Waterway.

However, human-source material was detected about 2.5 miles from the spill location, near Bayshore Gardens in Bradenton.

The town said this material was “too small to quantify” and “in the opinion of our consultant … unrelated to the leak event.”

Harmer said the town was using testing protocols recommended by ESA and the Florida Department of Environmental Protection.

Also, he said, “The town is working with the FDEP on any required corrective action or mitigation that may be required.”

The DEP had not responded at Islander press time to July 23 questions about the spill, the investigation or any cleanup.

Watchdog environmental groups such as the Suncoast Waterkeeper and ManaSota-88 continued to monitor the situation, as well as the issue of water quality in the region.

Suncoast Waterkeeper encouraged the public to report algae blooms and fish kills to the Florida Fish and Wildlife Conservation Commission after learning of dead fish found July 18 at Robinson Preserve in northwest Bradenton.

The FWC’s database showed five other fish kills near Anna Maria Island June 22-July 18, including one June 28 in the Passage Key inlet off the north end of the island at Bean Point, one June 30 at a Perico Island pond and another July 7 in Anna Maria Sound.

“Please, share your photos, experiences with us,” Suncoast Waterkeeper posted July 18 on Facebook. “We’ll take them to the county, DEP, DOH, elected officials to press them to pay attention and prioritize investigating environmental conditions and addressing the causes.”

Health specialist Michelle Lester is working on water quality issues in the area, as well as research into the impact of algae blooms, specifically blue-green algae or cyanobacteria.

“The bloom you are currently seeing has been sampled in multiple areas and all areas contain lyngbya, as well as other cyanobacteria such as oscillatoria, spirulina and anabaena,” Lester told The Islander July 24.

She is working with Suncoast Waterkeeper executive director Justin Bloom on a plan to further test for toxins in the area.

“And one that will hopefully involve warning signs for the public,” Lester said. “After working on this issue for almost a year, we need the county officials to come forward with this information and give proper warning to the citizens and residents in Sarasota and Manatee counties.”

A study published July 20 based on water samples from Florida in 2018 and 2019 found harmful algal blooms detrimental to human health.

The research, involving the Brain Chemistry Labs in Wyoming and the Sanibel-Captiva Conservation Foundation and the Calusa Waterkeeper in Fort Myers, raised multiple concerns with toxins, including finding BMAA, a neurotoxin suspected of being linked to neurodegenerative diseases, in cyanobacteria, dinoflagellates and diatoms along the west coast and the Caloosahatchee River in 2018 and in cyanobacterial mats on the west coast in 2019.