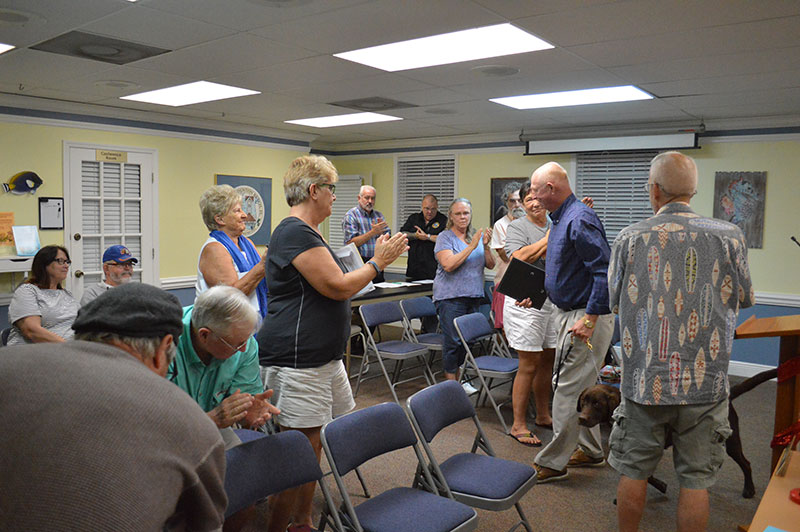 People in the gallery give former Bradenton Beach Mayor Bill Shearon — and his service dog, Reece, a standing ovation Dec. 7, 2017. Shearon was recognized for his service with a certificate of appreciation at city hall, 107 Gulf Drive N. Islander File Photo 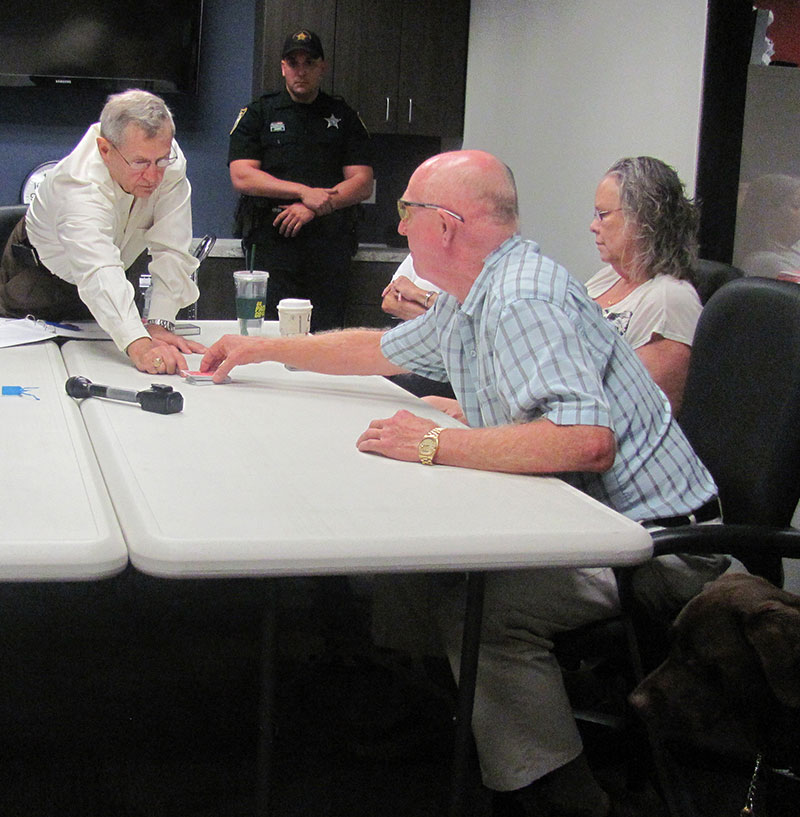 Bradenton Beach Commissioner Bill Shearon draws a card Nov. 4, 2015, at the office of Manatee County Supervisor of Elections Mike Bennett in Bradenton. Shearon drew an ace of clubs to break the tie and take the mayoral seat. 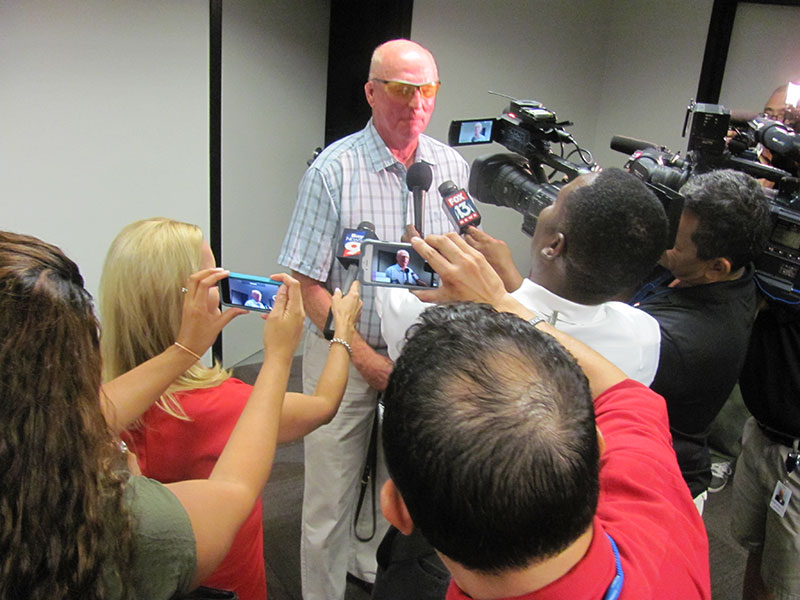 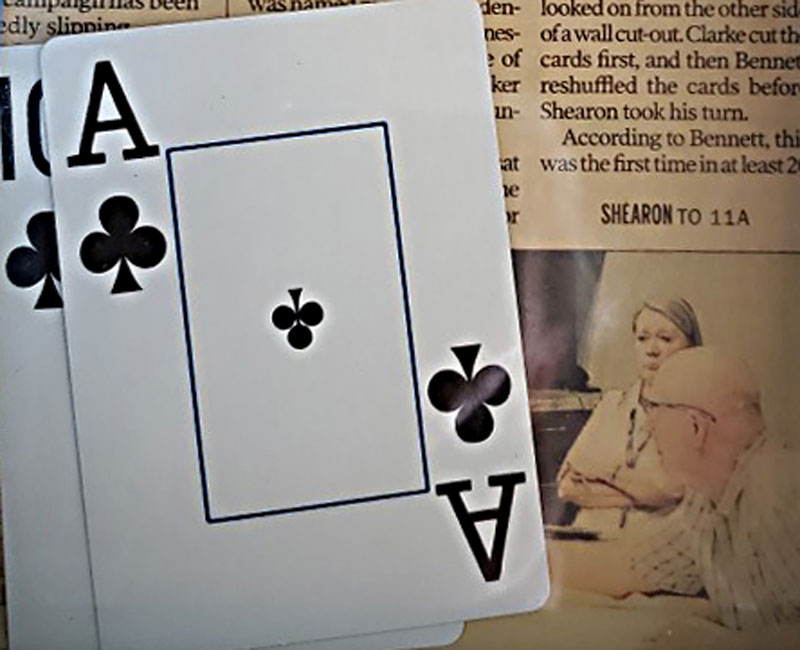 Mayor Bill Shearon framed the cards from the momentous card draw -— the tie-breaker that put him back into the mayor’s seat. Shearon drew the ace of clubs. 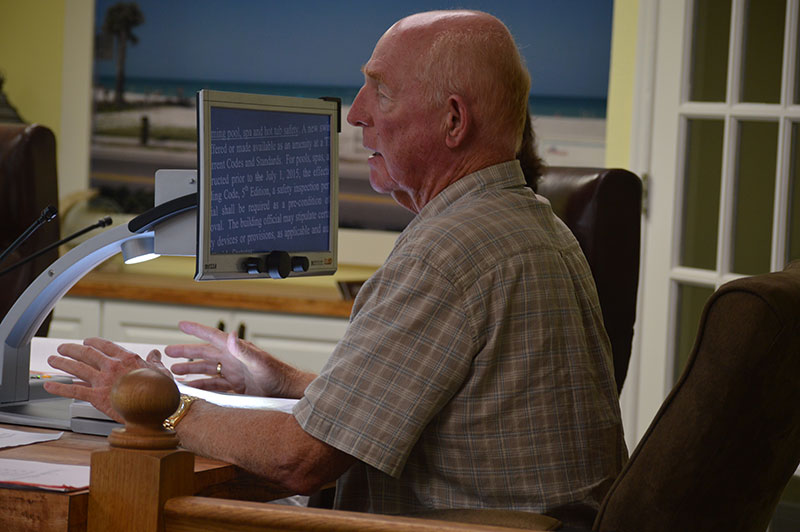 He graduated New Trier High School and attended college for a year and a half before he began a business career in grain elevators in Sycamore, Illinois.

He then had a 27-year career as an independent petroleum marketer in three states, operating from Woodstock, Harvard and Elgin, all in Illinois, and marketing in Indiana.

He was married 27 years to Nancy Jo Petty and they raised two children together in Woodstock, Illinois.

Along with his life-partner of 25 years, Tjet Martin, he owned and operated Linger Longer, a resort rental property in Bradenton Beach.

He served the city of Bradenton Beach as a volunteer on the planning and zoning board and was elected as commissioner and mayor.

He was preceded in death by two brothers, his wife Nancy and son Kenny.