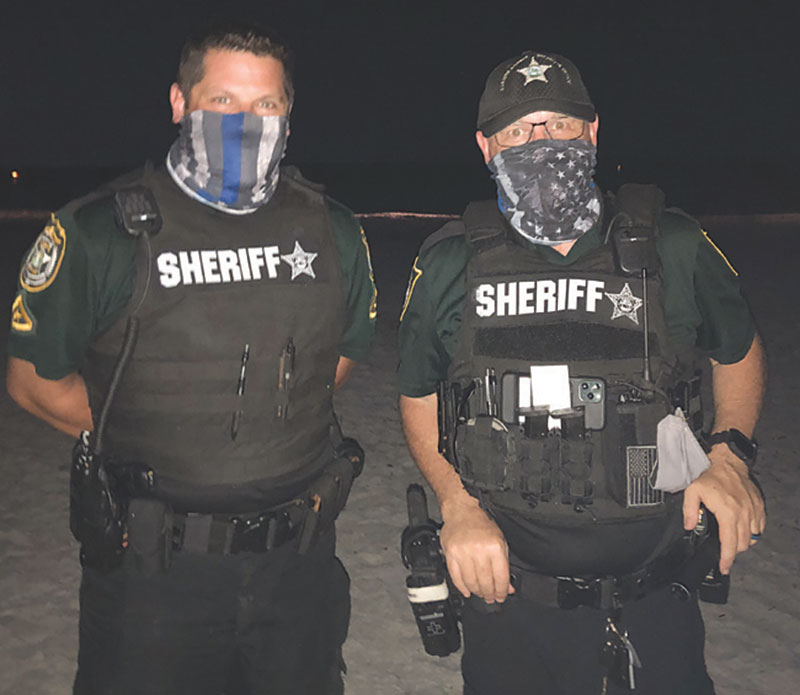 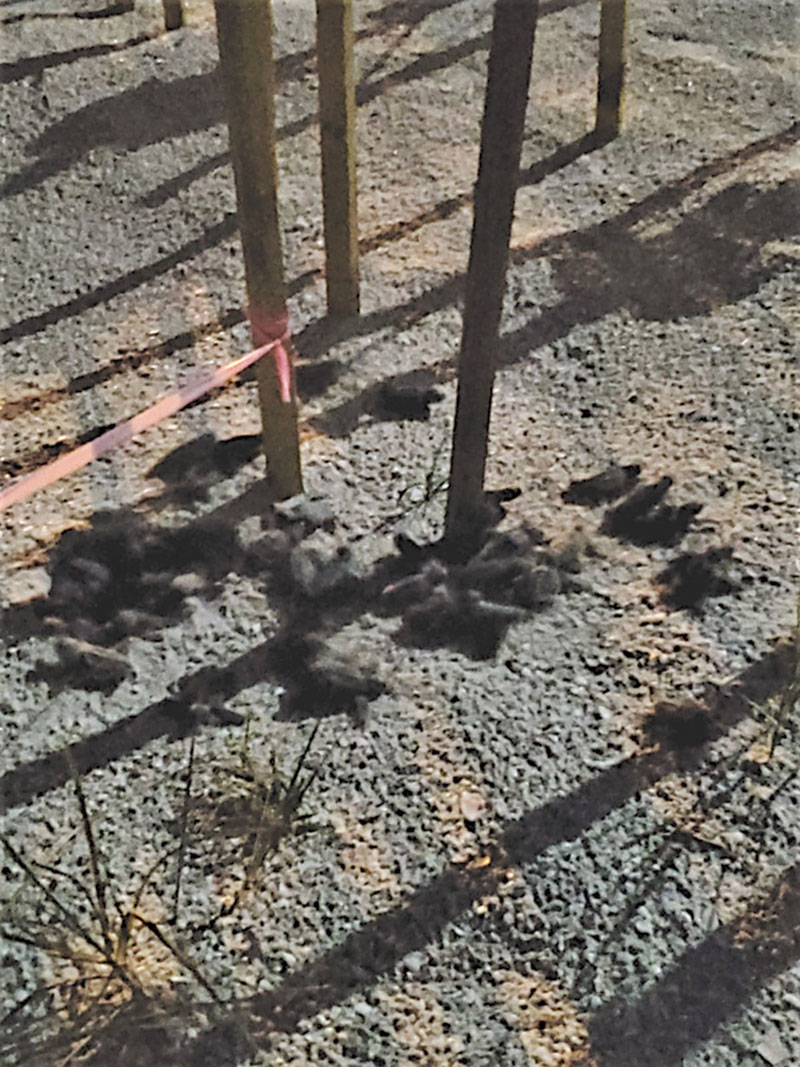 About a dozen hatchlings emerge Aug. 2 from a nest in Anna Maria. The photo was captured with natural light under a full moon. Islander Photo: Courtesy Minellie Martinez

As officers on the night shift, Deputies Paul Boos and Todd Sellitto patrol the beach in Anna Maria by ATV making sure people have filled in holes and removed gear, including canopies, tents, beach chairs and rafts, at the end of the day. The items can become impediments to nesting or hatchling sea turtles during season, which runs May-October.

Sellitto said he has been watching turtles nest and hatch during his shifts for several years.

“It’s so gratifying to see the nests being laid, then two months later, watching the hatchlings make it to the water,” he said.

Usually, nests are scattered along the beach.

This season, due to a beach renourishment project south of Anna Maria, most nests were relocated to holes dug in a “nursery” area in southern Anna Maria by Anna Maria Island Turtle Watch and Shorebird Monitoring volunteers.

The human-made nests match the shape of an egg cavity dug by a sea turtle and are covered with sand.

As of Aug. 6, the relocation area contained 344 nests, marked with stakes and tape for protection and data collection by AMITW.

“The stakes and bright tape are intriguing to people, so we let them know what it means and ask them to be respectful,” Sellitto said.

Now that hatchlings have started emerging from the nursery by the hundreds, MCSO deputies also are patrolling the relocation area, educating nighttime beachgoers who witness a hatch and cautioning people against the use of flashlights.

Artificial light can disorient sea turtles away from the water, leading to their exhaustion, as well as predation.

“Tonight, when we arrived, there were people here waiting to see a hatch,” Sellitto said. “They got to
witness this amazing miracle. But we warn people not to use flashlights and also to keep their distance.”

Boos and Sellitto said most reactions from people witnessing a hatch are positive.

“Once people see these baby turtles heading to the water, it’s impossible for them not to want to learn more,” Sellitto said. “I think people are blown away when they actually see nature taking its course.”