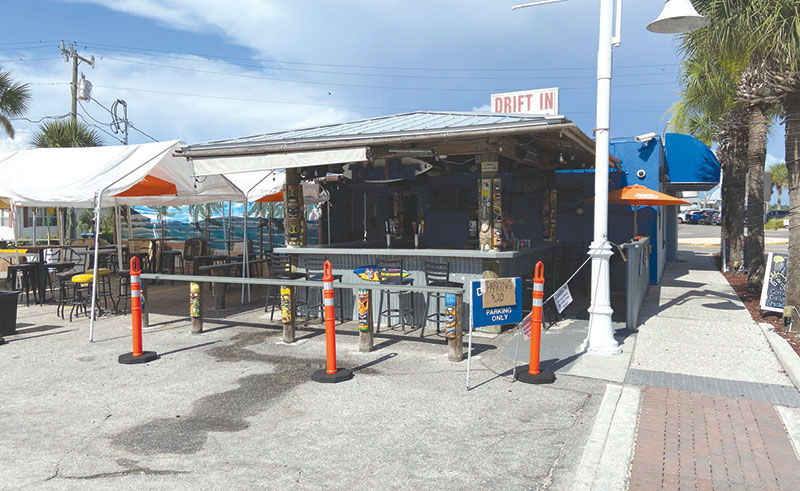 One Bradenton Beach bar has closed for the third time since the coronavirus began spreading in the United States.

Joe Cuervo, operator of the Drift In, 120 Bridge St., and a second location in Bradenton, said officials from the Florida Department of Business and Professional Regulation forced his bars to close Aug. 4.

The state also closed Cuervo’s Drift In on Cortez Road in Bradenton, as well as the Lost Kangaroo Pub in downtown Bradenton.

The DBPR’s alcoholic beverages and tobacco department did not respond Aug. 7 to an email and a phone call from The Islander.

The Bradenton Beach bar first closed in March, when Gov. Ron DeSantis closed all bars in the state as the coronavirus began to spread. In phase 2 of the state’s reopening plan, the bar reopened June 26 with takeout service after the DBPR issued an emergency order prohibiting bars from selling alcohol at the bar without a license to sell food.

The Drift In resumed selling alcoholic beverages July 20 by offering packaged food under a provision of its 4COP license.

The Drift In and several other island bars adjusted, trying to comply by selling packaged food under their 4COP licenses.

Cuervo said the state required him to apply for a restaurant/hotel license to sell fresh food, which he said was an inexpensive but tedious process.

Still, Cuervo said he hoped to acquire the license and reopen by Aug. 14.

“I don’t think it’s fair,” he said. “It’s unbelievable. Hopefully, this should take care of everything.”

“We’re still fighting to get our business back up and running,” said Angela Cuervo, Joe’s wife and co-owner of the Bradenton/Bradenton Beach Drift Ins.