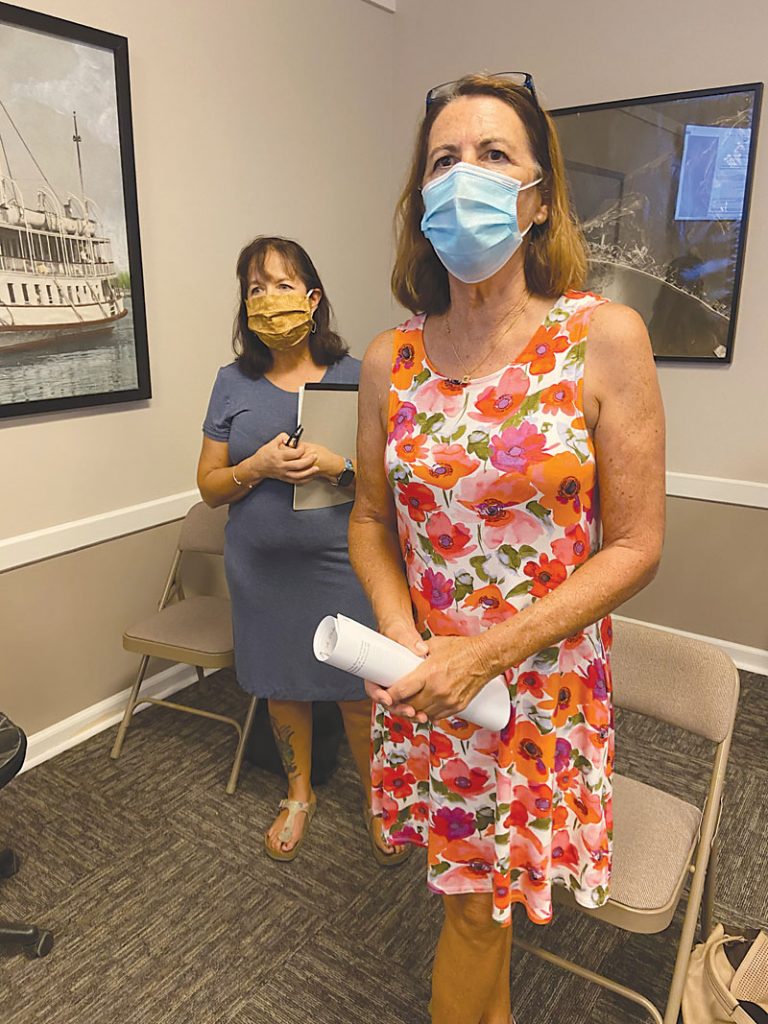 The coronavirus has claimed another annual Anna Maria Island celebration.

Anna Maria commissioners voted 5-0 Aug. 27 to retract approval of a special event permit for the Anna Maria Island Chamber of Commerce to host its 20th annual Bayfest celebration on Pine Avenue in October.

Commissioners in June approved the permit to hold the event Oct. 16-17, hoping the pandemic would resolve by mid-fall. However, commissioners aren’t comfortable permitting the event in the coronavirus pandemic.

“In the end, the health and safety of all is of the utmost importance to us, so we definitely support the decision of the Anna Maria City Commission 100%,” chamber vice president Cathy Pizzo told The Islander.

The commission decision makes Bayfest another in a long list of island celebrations canceled or postponed due to the pandemic. Most of the traditional highlights in the spring and summer calendar were victims, including the Anna Maria farmer’s market, the St. Patrick’s Day and July 4 parades, Independence Day fireworks, a school gala and the annual tour of homes.

Pizzo and board chair Bev Kilpatrick attended the commission meeting hoping to retain the event.

Kilpatrick presented chamber plans intended to limit the spread of the coronavirus at Bayfest, including taking volunteers’ temperatures, sanitizing port-a-potties, placing hand-sanitizer stations along Pine Avenue and requiring face masks for everyone at the event, including vendors.

She said event coordinators and volunteers would enforce the face mask rule.

Also, the chamber planned to mark Pine Avenue with tape and post signs to promote social distancing and other safe practices.

Pizzo said vendors — about 40 already showed interest in participating — would be responsible for maintaining social distance between customers and limiting the number of people in their space.

The chamber estimated 4,000 people attended its single-day of Bayfest in 2018, but 2019 saw a reduced number due to inclement weather.

At the commission meeting, Pizzo said about 1,500 people were on Pine Avenue in 2019.

No state order exists that would prohibit Bayfest in October. The state initially limited the number of people allowed to congregate but only “encourages” people to avoid gatherings of more than 50 people, according to a person at the Florida Department of Health who declined to be identified.

However, a DOH public health advisory issued July 20 and in effect as of Aug. 27 advises people to “refrain from gatherings of more than 10 people.”

The coronavirus is spread mainly person-to-person, through respiratory droplets when an infected person talks, coughs or sneezes, according to the U.S. Centers for Disease Control and Prevention.

There is no vaccine to prevent COVID-19 and the CDC says the best way to prevent illness is to avoid being exposed to this virus,

“I’m worried signs and blue tape won’t stop someone from breathing down the back of my neck,” Crane said.

Commissioner Joe Muscatello said canceling the event likely wouldn’t result in any hardship for the chamber. He said the commission canceled the city’s annual Memorial Day Parade in May due to concerns about crowds.

“We’ve been conservative about this situation so far, and I think we should continue to be,” Muscatello said.

Commission Chair Carol Carter said she also is concerned about bringing crowds to a city so heavily populated with older people.

Muscatello moved to retract approval of the permit and Crane seconded the motion.

Pizzo told The Islander that Bayfest generates about 30% of the chamber’s event revenue.

She said the chamber does not have an alternative plan.

“We haven’t really sat down and talked about moving forward yet,” Pizzo said. “We’d definitely like to have it when it’s possible, but there’s still a lot of unknowns.”