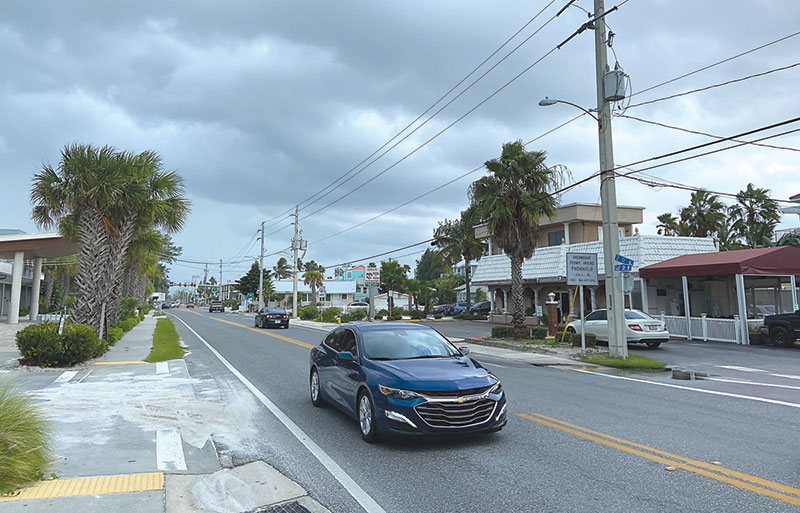 City commissioners voted 4-0 Sept. 17 to approve an agreement with the Florida Department of Economic Opportunity for the money. The agreement detailed a scope of work for the city, as well as requirements for financial reporting and a potential audit.

The project is intended as an aesthetic improvement that allows the city to remove aboveground utilities, as well as to protect utilities from inclement weather by burying them underground.

The DEO wrote in the agreement that the project would benefit the state by allowing the Florida Department of Transportation to move forward with projects that would be obstructed by aboveground utilities.

With the funding secured, city commissioners voted 4-0 to piggyback on a contract between Utility Consultants of Florida and the city of Belleair Beach to retain and pay UCF $142,825 to oversee the Gulf Drive utility project.

By piggybacking, Bradenton Beach is off the hook for the procurement process, which would have meant issuing a request for proposals, waiting at least a month to receive bids, then meeting to choose a bidder and contracting the work.

Perry said the contract would require Porter to be more hands-on than he was for the Bridge Street utility project, which is illustrated by a lengthy scope of services detailed in the agreement.

“City resources are tight, and we have a lot on our plates right now, so this agreement has them much more involved,” Perry said.

The agreement estimates work will finish by September 2021.

Perry said the projected end date for construction fell after the June 30, 2021, deadline to use the $2 million grant, but she plans to work with the state to extend the deadline.

Commissioners also voted 4-0 to direct Perry to work with a team of city staff to tackle the project.

In other business, commissioners: