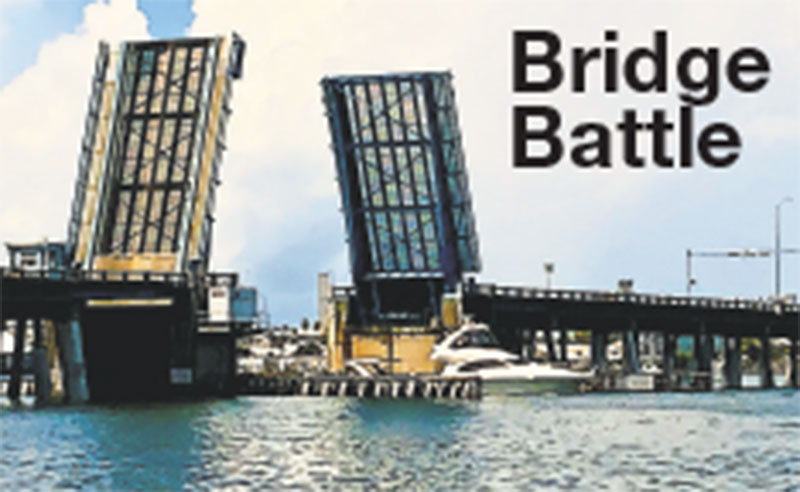 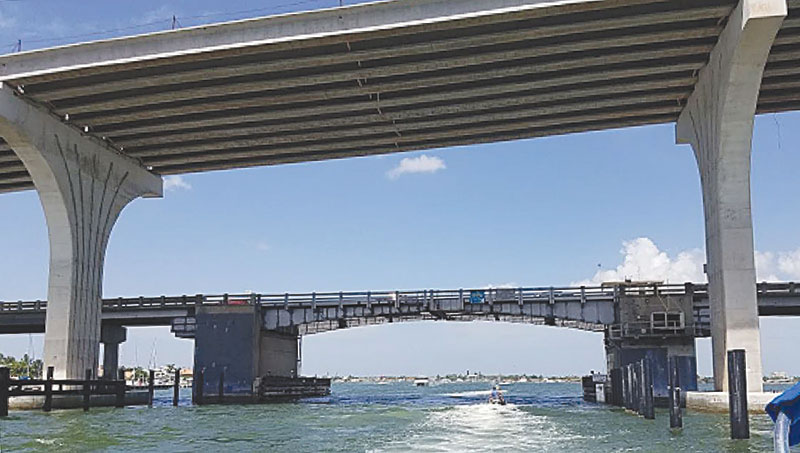 A settlement offer proposing the DOT build a 35-foot-clearance drawbridge in place of a fixed-span bridge spanning the Intracoastal Waterway on Cortez Road includes the image of a new and old bridge at Tierra Verde in Pinellas County. Islander Courtesy Photo 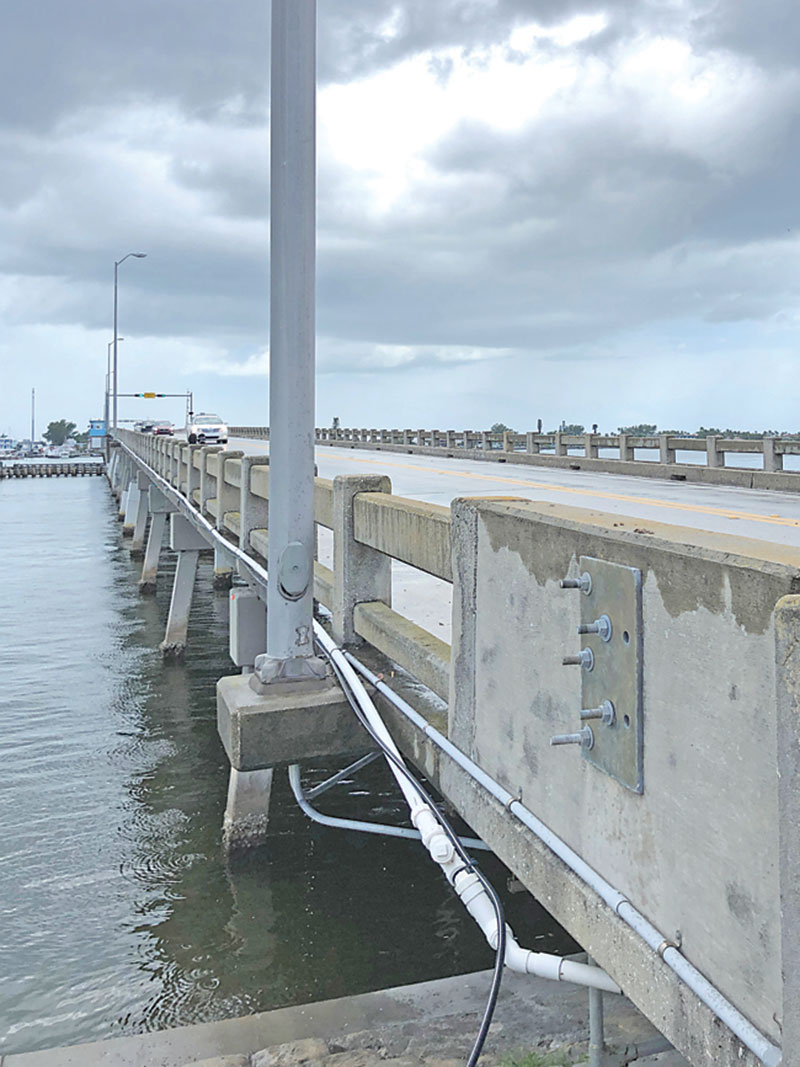 Opponents of the planned megabridge on Cortez Road extended a 35-foot olive branch to the Florida Department of Transportation.

The DOT has not grasped the offer from the concerned citizens, who have legal challenges to the DOT plans pending in state and federal courts. The citizens’ proposal, in the form of a settlement offer, would swap the DOT’s 65-foot-clearance fixed span for a 35-foot-clearance drawbridge.

Joe McClash, at the forefront of the challenge to the megabridge between Cortez and Bradenton Beach, said the offer was presented July 21 to a DOT attorney as part of a filing in the U.S. District Court in Tampa.

The challengers also have a filing pending before the Florida 2nd District Court of Appeal prompted by the DOT’s October 2019 release of a project development and environment study.

The study recommended a 65-foot fixed bridge to replace the 17-foot-clearance drawbridge built six decades ago. A DOT announcement Oct. 10 said, “Design is now underway and right of way is funded in fiscal years 2021, 2024 and 2025.”

The DOT, which also sought to build — and withdrew — a high bridge in the 1980s, maintains the current bridge is obsolete.

By the end of 2019, McClash, a former Manatee County commissioner, along with Cortezians Joe Kane, Linda Molto and former county commissioner Jane von Hahmann had petitioned the DOT for an administrative hearing, listing 25 objections to the DOT recommendation.

Their objections include arguments the high span will negatively impact business, harm the environment and destroy the character of the Cortez fishing village, a federal historic district since 1995.

The DOT rejected the petition for a hearing, saying it lacks jurisdiction as the state agency is acting for the federal government on the bridge project.

The rejection nudged the challengers to file with the state appeals court in February and also in federal court in March.

“The four challengers refused to accept the decision they believe is inconsistent with Florida statutes and federal rules that govern the process,” read a statement released to The Islander Sept. 10 by Kane, McClash, Molto and von Hahmann.

They cited a state law providing citizens an opportunity to challenge government actions.

The challengers now are offering a settlement that states in part: “The 35-foot bascule (draw) bridge would provide the relief plaintiffs seek” and thus they “would no longer object to the replacement bridge or bring subsequent challenge to any of the permits required for construction.”

The offer, presented to the DOT in late July, included photographs of the DOT bridge in Tierra Verde in Pinellas County to show “the validity of the complaint, the impacts to Cortez” of a high bridge.

A new and taller drawbridge, meanwhile, “would maintain the historical ambiance of the village of Cortez,” fit the location, provide access when closed to 78% of boat traffic and access to all boats with the bascule open, according to the challengers.

“Another advantage of the 35-foot bridge — it is not as steep, allowing better use by pedestrians and bikers,” the challengers stated.

McClash told The Islander Sept. 10 that he’s “waiting for administrative record, for which FDOT indicated would be the time to discuss the case and possible settlement.”

Construction of the DOT-proposed new bridge would cost an estimated $70 million and wouldn’t be completed for at least 10 years.

The DOT did not respond to questions from The Islander as of press time Sept. 14.

To read more about the Cortez Bridge, visit islander.org and search Cortez Bridge. To review the DOT project, go online to www.cortezbridge.com.

The Florida Department of Transportation is recruiting for a committee to help design a proposed megabridge between Cortez and Bradenton Beach.

The proposed 65-foot-clearance fixed-span bridge, recommended last October by the DOT, would replace the drawbridge on Cortez Road/State Road 684.

Spokesman Brian Rick told The Islander the DOT seeks to establish a 10-12 member committee. The design process is expected to cost $6.2 million.

“We are still at an early stage in this process,” Rick said of the committee formation.

He said the DOT would recruit members in an email blast, calling out to local businesspeople and with announcements at transportation meetings.

The Island Transportation Planning Organization was set to meet in Bradenton Beach Sept. 14, as The Islander went to press.

The Sarasota-Manatee Metropolitan Planning Organization will meet at 9:30 a.m. Monday, Sept. 21 at the convention center in Palmetto.

The Cortez drawbridge underwent major repairs in 1996, 2010 and 2015 and has outlived its lifespan, according to the DOT.

But the proposed replacement faces opposition in Cortez village and legal challenges brought by community and environmental advocates.

The DOT also is studying options for the Longboat Pass Bridge connecting Longboat Key and Bradenton Beach and is pursuing a planned replacement — already approved and still in the design phase — for the Anna Maria Island Bridge with a 65-foot-clearance fixed-span structure.