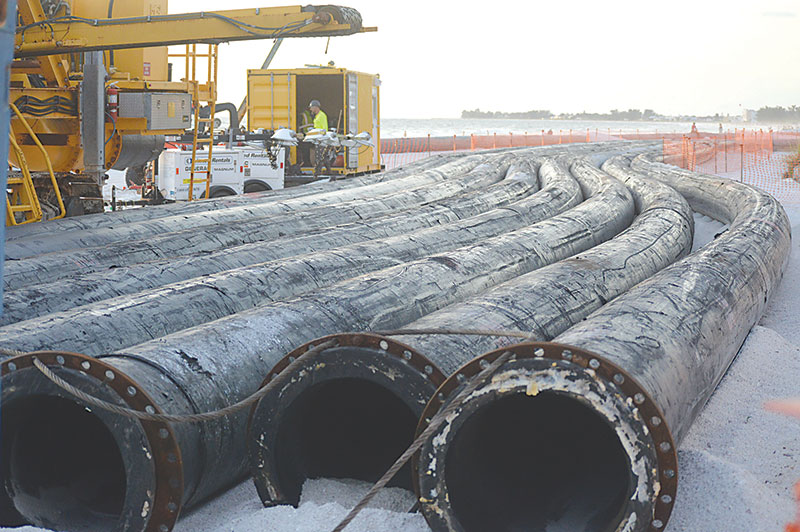 Renourishment resumes after storm delay The view north from 26th Street North in Bradenton Beach shows pipes on the sand Aug. 27 as beach renourishment remobilizes following a break due to swells in the Gulf of Mexico caused as Hurricane Laura passed to the west of Anna Maria Island. 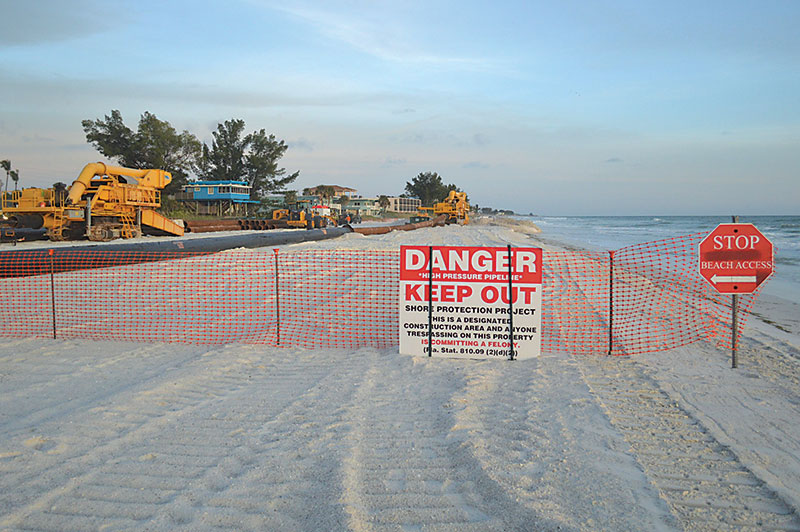 Equipment, including bulldozers, sand separators and long runs of pipes, line the beach near 26th Street North, facing south in Bradenton Beach. The construction is part of a $17 million renourishment project that brings sand from offshore to replenish beaches and prevent further erosion. Beach renourishment is expected to run through October and will end at Longboat Pass. 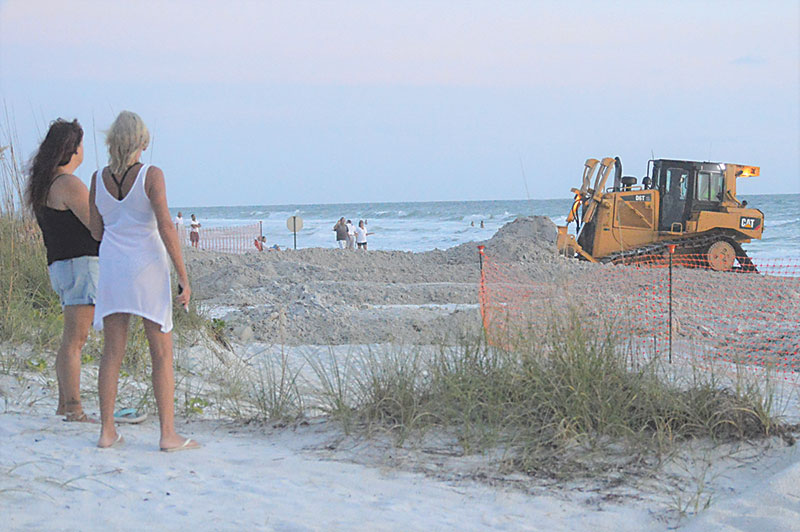 People watch as a bulldozer smooths sand Aug. 27 along the beach near 26th Street North in Bradenton Beach. The sand was pumped from a barge over a seabed about a quarter-mile offshore to restore the beach. 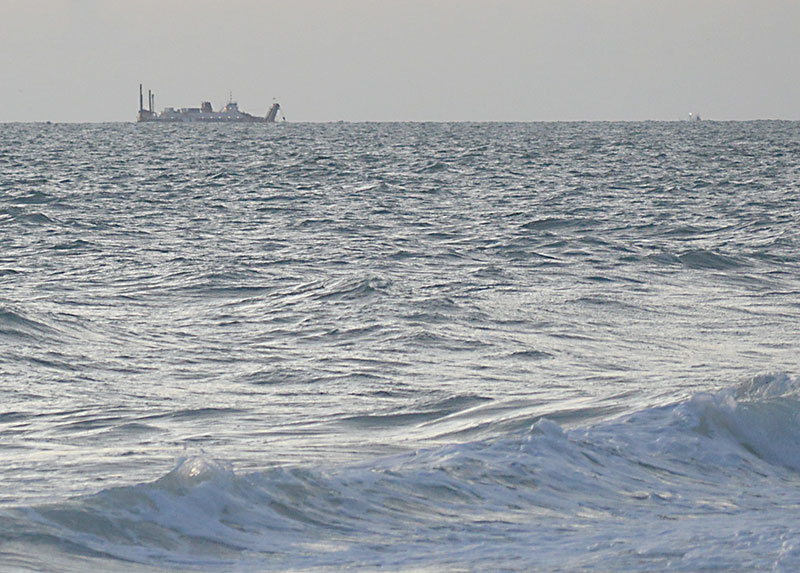 The Savannah, a barge used to pump sand for a beach renourishment project, is back in the waters near Anna Maria Island Aug. 27 after it was sent to Port Manatee in Palmetto to avoid swells in the Gulf of Mexico caused by Hurricane Laura Aug. 25-26. The second barge can be seen as a “dot” on the horizon to the left of the Savannah. Islander Photos: ChrisAnn Allen 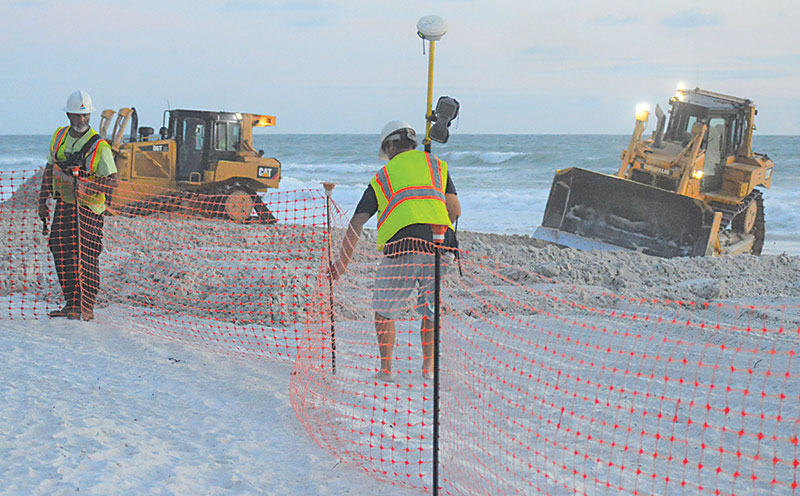 Two workers pound in a barrier Aug. 27 between the renourishment project and a pedestrian area. The project took a brief hiatus during Hurricane Laura’s passage through the Gulf of Mexico Aug. 25-26.

An architect of the beach renourishment project is looking for public feedback.

The U.S. Army Corps of Engineers, Jacksonville District, is considering minor design enhancements to increase resiliency for it’s beach renourishment project, which began in July at 76th Street in Holmes Beach and will run through October and end at Longboat Pass.

A “supplemental environmental assessment” will consider public comment on a variety of design modifications, including dune construction, vegetation, sand fencing and pedestrian and vehicle access, adding to the renourishment project, according to an Aug. 24 release from the Corps.

People can visit www.saj.usace.army.mil/ManateeShoreProtection to review the SEA. Comments must be received by Sept. 23.