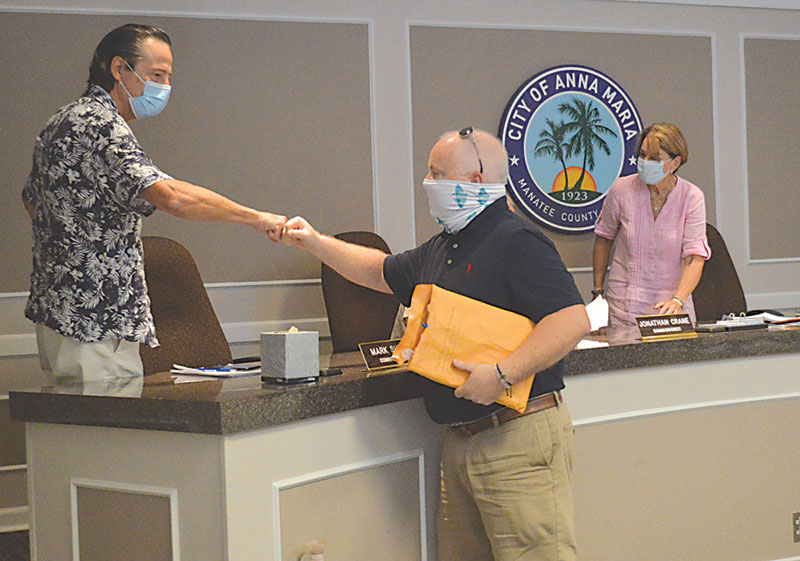 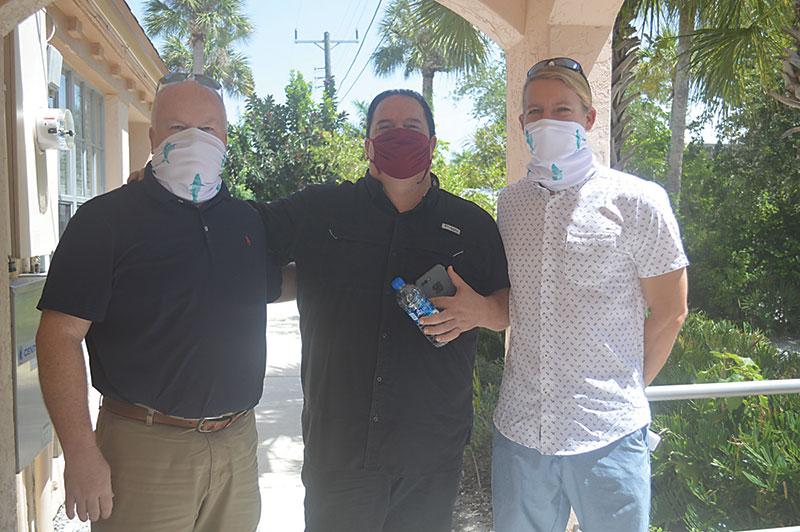 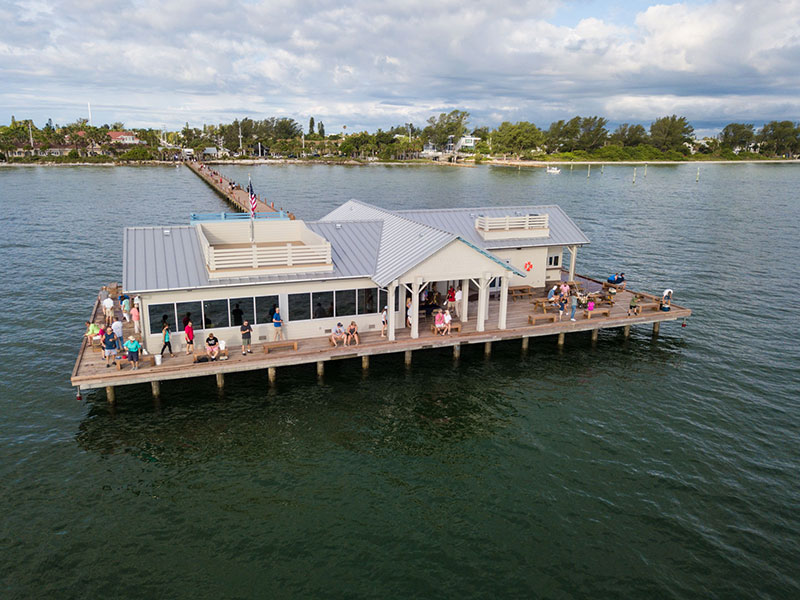 The new Anna Maria City Pier hosts guests at the June 19 opening after being closed since September 2017. The pier is open for visitors and fishing 8 a.m.-5 p.m. Friday-Sunday. The new lease for a bait shop and grill is for the building on the north side of the pier. Islander Photo: Jack Elka

The city got a bite on the bait. All that remains is to reel in the lease.

“We are very excited,” Seymour told The Islander Sept. 4, following his group’s bid approval. “I think we were the obvious choice when you compare our two proposals side by side. We stand behind our proposal and we look forward to partnering with the city to get this pier back to the No. 1 tourist destination in Manatee County.”

The runners-up, Micheal, Patrick and Casey Coleman of FP Growth Partners of Anna Maria, could be called on if the city’s negotiations fall through with the Green Village group.

Other bidders were Tevatan LLC, with Sarah Baldwin, daughter of Sherman Baldwin, owner of Paradise Boat Tours in Bradenton Beach, listed as manager, and Harry’s Continental Kitchens of Longboat Key.

The city’s criteria for proposals included:

The RFP also stipulated that the city would provide drywall, flooring, a 4-foot hood, grease trap, fire suppression and electrical and plumbing rough-ins.

The tenant is responsible for fixtures, equipment, painting and finish work, as well as design, construction and layout of the food service areas and is expected to have 45 days from approval of negotiations to open for business.

At a Sept. 1 meeting, Murphy said Tevatan and Harry’s presented percentage-based rent instead of a flat rate, which was specified in the RFP, so they should not be considered.

After the Sept. 4 decision, Micheal Coleman said, “We congratulate Brian and his team on their excellent presentation. While we sincerely believe we offered the best short- and long-term proposal for the city and it’s taxpayers, the commissioners, in their prerogative, selected Brian and his group, whom we respect and have supported for years. We wish them the best.”

The winning proposal included $72,000 annual rent for the first year, with a 2.5% increase each subsequent year.

The group agreed to the city’s proposed 5-year lease with a 5-year renewal option and estimated the build-out at about $41,350.

The proposed list of bait and tackle was extensive, including live bait.

The mayor has said the pier would not open overnight for fishers.

During the Sept. 4 presentation, Seymour said that since the three businesses have brick-and-mortar locations near the pier, storage should not be an issue.

“Keeping dry goods, freezer goods within a block of the pier, ensures we are not going to run out of product,” he said.

Seymour also said the group developed the menu to include offerings from other local businesses and incorporated the commission’s desires for “family-friendly” fare.

“We promise to be good stewards of the pier and will work tirelessly with the city for anything they would like to do,” he said.

The proposal stated the plans and restaurant equipment, including a walk-in cooler, were estimated at $47,500 plus about $20,000 to finish the build-out.

An alternative proposal in the bid stated FP Growth Partners was “prepared to take the building as-is, including the grease trap,” which could save the city $35,000-$50,000 in costs for a hood, fire suppression system, flooring, sheetrock, electrical and plumbing.

Proposed hours of operation were 8 a.m.-9 p.m., seven days a week based on a 5-year lease with possible 5-year extension.

“What we want to do is a few things really right,” Micheal Coleman said of the menu.

He also said FP Growth Partners’ restaurant, Poppo’s Taqueria, which opened on Pine Avenue in 2013 and has expanded to eight locations, has been testing an app for easy ordering.

Coleman mentioned his involvement in several projects in the city, including the Pine Avenue Restoration project, the retail, residential and office development that started in 2007 that “fit with the existing scale and culture” of the district.

The commission agreed both bidders are experienced in food service and offered similar benefits to the city.

Commissioner Jonathan Crane, liaison for the pier tenant, said, since both offered similar revenue for the city, he was leaning toward FP Growth Partners due to the quality of their food.

“Everyone I have talked to about Poppo’s in particular think it’s excellent,” he said.

“We have a tough situation, but we have a great situation,” he said. “We can’t lose with either one right now.”

Commission Chair Carol Carter agreed, but said she appreciates the Green Village group’s plans for partnership with other local businesses.

Commissioner Mark Short said that due to experience, hours of operation and menu items, he also preferred the bid from the Green Village.

Short motioned for the city to accept the Sherman-Mattay-Graham bid. Carter seconded.

The commission unanimously approved the motion and the mayor said he would begin negotiations to ink the deal.

He said Crane would help with contract negotiations and the contract could be presented at the commission meeting at 6 p.m. Thursday, Sept. 24, at city hall, unless an emergency meeting is called on the matter prior to that date.

The pier is open for visitors and fishing 8 a.m.-5 p.m. Friday-Sunday.

What’s on the menu at the new city pier?

It’s time for some pier food.

According to the proposal from a trio of Pine Avenue business owners, the menu will include:

The new pier venture is expected to open in November.