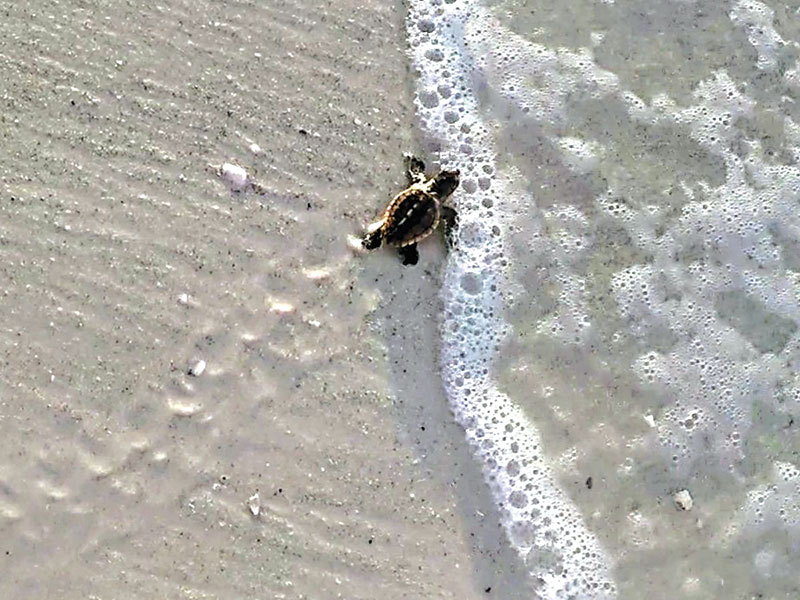 Cuteness factor: X10 A loggerhead hatchling leaves tiny tracks in the sand Sept. 10 as it reaches the water’s edge. The hatchling was found in its nest by turtle watch volunteers during an excavation and released to the Gulf of Mexico. 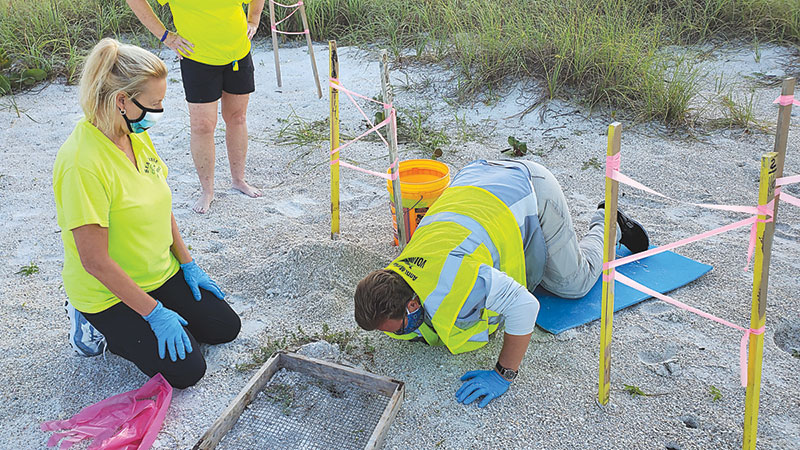 Sea turtle season is almost over.

Luckily, Sally did not wash out the finish line as the hurricane moved north in the Gulf of Mexico and sent bands of rain over Anna Maria Island.

Thirty-four of 349 sea turtle nests remained to hatch as of Sept. 16 in a beach “nursery” near White Avenue and Peppertree Lane, near the Anna Maria/Holmes Beach boundary, according to Anna Maria Island Turtle Watch and Shorebird Monitoring executive director Suzi Fox.

Fox said Sept. 16 that nests yet to hatch were safe from high tides and flooding that some areas of the island experienced when Hurricane Sally passed AMI Sept. 12-14.

Nests laid in Bradenton Beach and Holmes Beach since season started in late April were relocated to Anna Maria to avoid being buried by the $17 million beach renourishment project. The sand replenishment started near 77th Street in Holmes Beach July 8 and will terminate at Longboat Pass sometime near the end of October, paralleling sea turtle season.

Fox said the volunteers spotted a false crawl Sept. 14 on the beach near 30th Street in Holmes Beach.

A false crawl happens when a mature female sea turtle crawls ashore to nest, then returns to the water without laying eggs.

“While we haven’t had any nests for a while, there is still sparse nesting going on,” Fox said. “We will still be monitoring until season ends Oct. 31.”