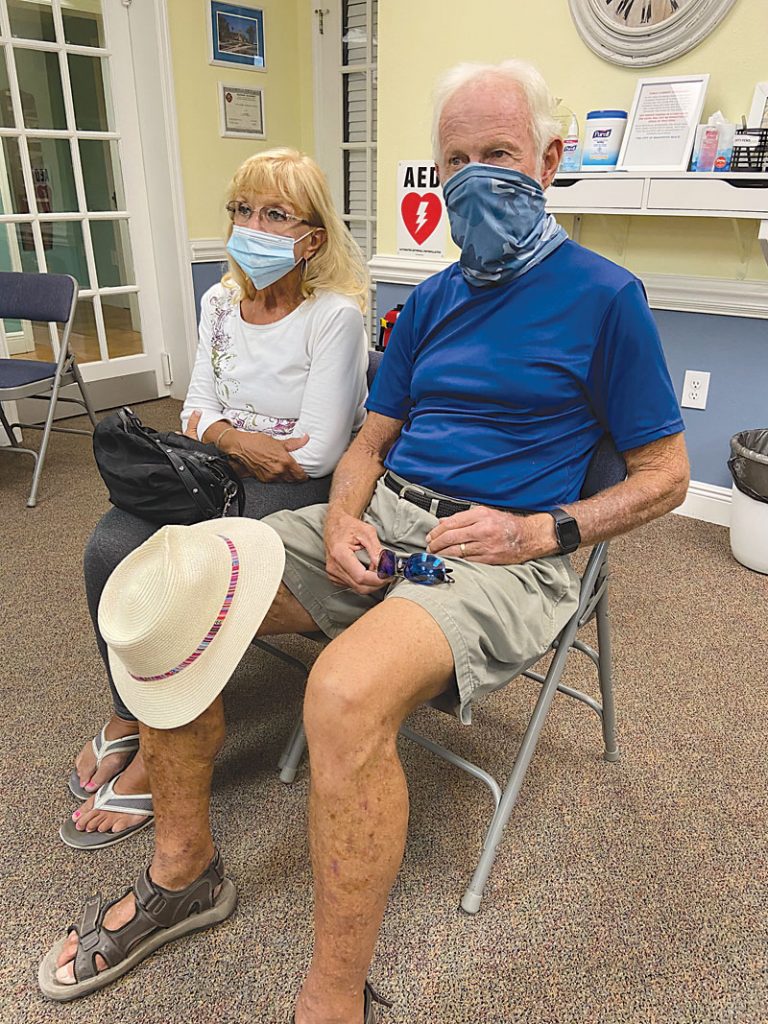 John Metz, right, a defendant in the Bradenton Beach Sunshine lawsuit, and wife Alice, attend the public portion of a Nov. 5 shade meeting, where the city agreed to his and co-defendant Tjet Martin’s settlement agreement. Islander Photo: Ryan Paice

The figure makes up most of the $369,498 Judge Edward Nicholas of the 12th Judicial Circuit Court ordered defendants Metz, Martin and Reed Mapes to pay the city to reimburse attorney’s fees for the case.

Commissioners also voted 5-0 to direct Perry to coordinate with Mapes about a settlement offer, as well as to “finalize” settlements with Patricia Shay and Bill and Rose Vincent.

Mapes did not respond to a Nov. 6 call from The Islander.

Nicholas had spared Shay and the Vincents from paying the city’s attorney’s fees because they had tried to accept a settlement offer.

Perry said that the settlement would have an impact on the appeal process, but she would not disclose details.

The Sunshine Law is a series of regulations intended to guarantee public access to government records.

Metz, who attended the meeting with his wife, Alice, declined to comment.

The lawsuit had cost the city $572,321 as of Oct. 29, according to city treasurer Shayne Thompson.